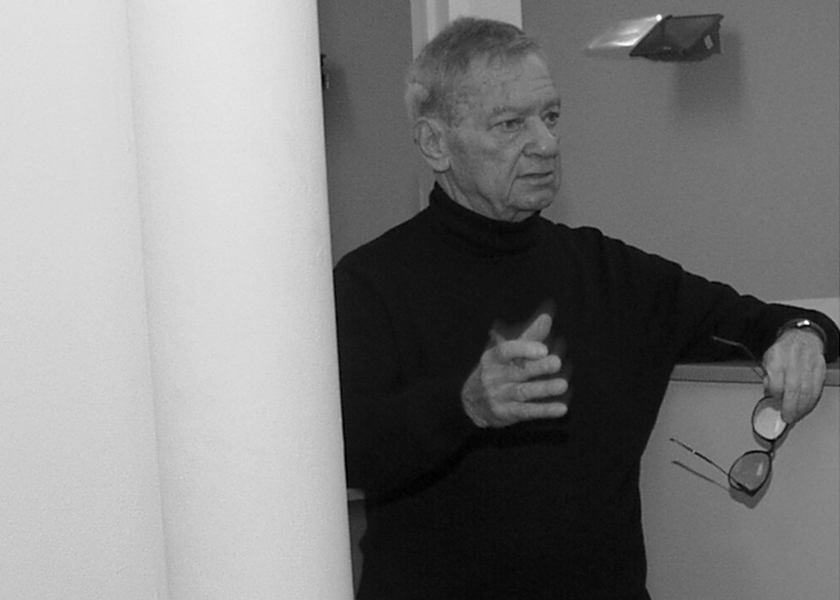 By Gordon Kaye, Editor and Publisher of Graphic Design USA. This piece about the late Milton Kaye, GDUSA’s founder, will appear in our January/February 2017 print and digital editions.

I once saw a New Yorker cartoon depicting the scene at a cemetery. In it, the coffin is square and the hole in the ground is round. The caption read: “He never really fit in, so that is how he wanted to be remembered.” Square peg, round hole. That helped explain a lot about my father Milton Kaye, who passed away in December. He was the founder of GDUSA and, before that, publisher of PRINT Magazine. Along the way, he also was involved with magazines in advertising, packaging and printing including the precursor to Adweek.

I won’t tire you out with the ways my father was an outsider and non-conformist intellectually, emotionally, familial-y, politically from his milieu. This made him a mass of complexities and contradictions — an in-your-face immersion in the human comedy. My eulogy at his funeral focused on the personal ramifications for family and friends, and how I will miss the roller coaster ride.

Instead, I’ll use this space to focus on Milt’s professional life, where the “square peg, round hole” thing proved a mixed blessing. He was not a designer, far from it, and fell accidentally into the field soon after having served well in World War II. But he loved ideas and words and being around creative people, and, after a stint at PRINT, where he rose from circulation copywriter to publisher, he created GDUSA in the early 1960s with $7,000, an American dream, and a ton of sweat. Because he thought differently, GDUSA was unlike any art or design publication seen before; it was actually ahead of its time, less a magazine than a tabloid newspaper (or, in today’s terms, like Pinterest or Reddit or a Twitter account), brimming with short bursts of news, information and ideas for a community that was just finding its identity and voice.

Early on, the venture turned into a slog. One reason was money; he had none, advertising was scarce, and he was forced to skimp on production values. Another reason was his inability to build anything resembling a stable organization. Perhaps most importantly, though, Milt was not a designer and the publication never quite looked or felt  right in those first two decades, a fact I freely admit. It’s presentation was better suited to a manufacturing or retail or even consumer audience, never quite capturing the designer zeitgeist. The New York elites, who wielded outsized influence in the those days, savaged it – and him – and to this day I have a disdain for most of the so-called “legends,” some dead and some yet alive, because I saw them with the masks off. Great talents, little men. I will name names at a more appropriate moment since revenge is best served cold. (And, yes, in the Mad Man era they were all men.)

But, as is often the case, being an outsider can be the ultimate clarifying experience. Milt saw truths about graphic design and graphic designers that insiders could not. First, he understood the power of graphic design to communicate, simplify, cut through clutter. Second, he grasped that design had the potential to enhance, advance and even shape commerce and culture. Third, he believed that designers had a rare gift that deserved recognition and fair compensation, and that their contribution was often undervalued, especially by themselves. Fourth, he knew that first-rate work was being done all around the country, not just in the coastal bubbles, and he insisted that we respect the heartland. Fifth, he knew that creative people need great tools, materials and vendors; he helped build mutually beneficial bridges between designers and the paper, printing, art product, prepress industries. Finally, he advocated for a stronger sense of professional community and wanted GDUSA to help an inchoate field define its identity. Believe me, five decades ago these were cutting edge ideas. 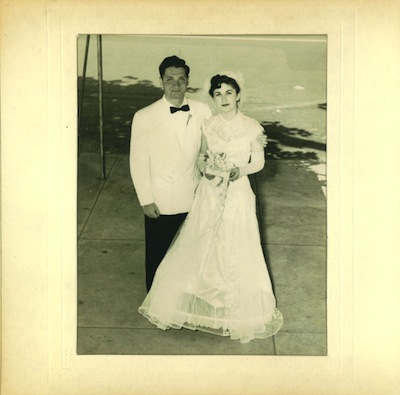 The magazine scuffled through the 1970s and early 1980s on Milt’s sheer energy before a second generation – my sisters Marjorie and Laura – and then myself (a lawyer and, yes, another outsider) – signed on to keep pushing the rock up the hill. Although he never used a personal computer or smartphone or understood “why I was wasting time with the interweb” when there were printed pages  to fill, Milt remained a remarkably sharp, sometimes acerbic advisor, critic and loyal fan from his post in a comfortable nursing home right up until the day he died peacefully in his sleep at age 95.

In 2017, GDUSA has evolved in look and content with the times, is delivered across multiple media, has outlasted dozens of wannabees, and today generates more editorial and advertising in print and online than anyone in the field. It helps that we serve an audience bigger, more prosperous and more esteemed than anyone imagined, and we fully expect to be around another 54 years. At least. That said, Milt’s original concept provides the foundation: we gather news, ideas, information, trends, commentary, products and services about graphic design, and present it in a way that is accessible, useful, inclusive, respectful, welcoming, and that helps build and celebrate the creative community.

The current (Jan/Feb 2017) edition of GDUSA touches three pillars of the field: creative professionals as represented by our People To Watch designer profiles; education as represented by our Students To Watch feature with the help of leading design schools; and our annual 100 Designer Friendly Companies & Resources compilation of manufacturers, makers, marketers and more who serve the creative community.

It’s a mix of content my father would appreciate. Wherever he is, I hope he can get hold of a copy of the print edition or, at mininum, that someone will show him how to access it on the interweb.

Gordon Kaye has been editor and publisher of GDUSA since 1990.  Gordon majored in government at Hamilton College before earning a joint degree in law and public policy from Columbia Law School and Princeton University. He practiced intellectual property and communications law for a Wall Street law firm and was Senior General Attorney at the NBC Television Network before joining this small family publishing business where he currently oversees the business-to-business magazine, enewsletters, website, blog and several national design competitions. Gordon has spoken often at graphic arts events, served as a trustee, advisor or contributor for several industry groups, and is currently president of the Hamilton Alumni Association.