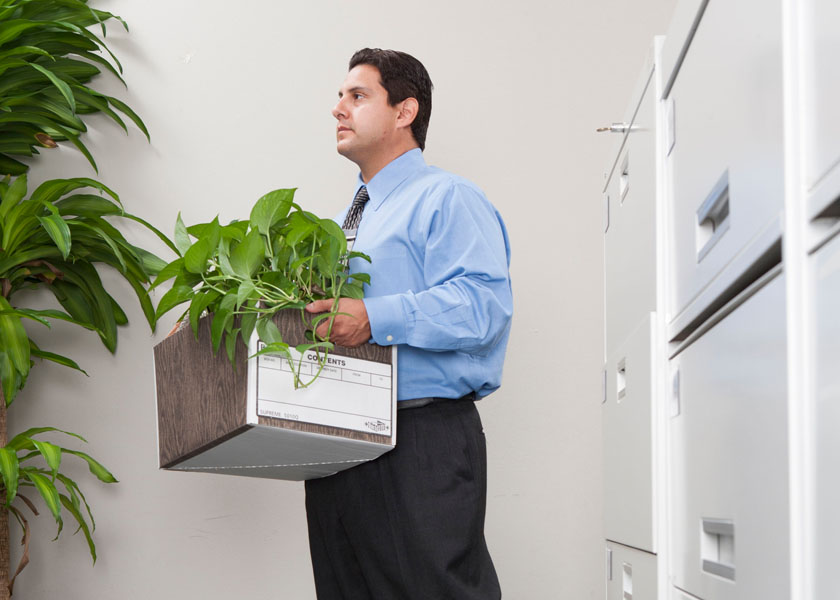 With unemployment for many creative positions trending well below the national average, top talent is becoming harder to find — and harder to keep. If one of your rising stars makes a splash with your latest digital or social media campaign, chances are good that other agencies are taking notice and might try to lure your best people to join their team. After all, it’s common practice for creative managers to cast their recruiting nets in many ponds.

Even if your employees aren’t being wooed away, skilled creatives are eager to advance their career. If they don’t see viable opportunities with your company, they won’t hesitate to look for better offers elsewhere.

Understandably, you’re eager to do whatever it takes to prevent key employees from leaving for the competition, and that may include tempting them to stay with a bigger salary. But more often than not, counteroffers are counterproductive. While your motivation is understandable, such efforts can cause more problems than they solve. Here are four ways managers rationalize making a counteroffer — and why those attempts are nearly always in vain.

1. “I’ll Do Anything To Avoid Losing A Worker With Hard-To-Find Skills”

Real talk: A survey of advertising and marketing executives by The Creative Group found that this is the main reason companies extend counteroffers. But nobody is irreplaceable. If that graphic designer or digital strategist is ready to accept a competing offer, you’ve already lost them — and their skills. While your counteroffer might keep your star employee from making an immediate move, the exit door has already been opened in their mind. Once they realize they can land bigger and better opportunities, they’ll be looking around to see what other creative jobs are out there. And in today’s hot job market, experienced designers can easily find other employers eager to hire them. Also, a Robert Half survey of managers found that for 38 percent of respondents, employees who accepted counteroffers left within a year anyway.

2. “I Can’t Lose A Tenured Employee With Knowledge Of The Company”

Real talk: While you’d rather not have to recruit new talent, keeping employees on the payroll just for their institutional knowledge is not a wise move. The reason boils down to trust. According to our research, the top concern creative executives have for extending a counteroffer is that the employee will be less loyal to the company. And it’s a valid concern. They’ve threatened to leave once, and they can do it again. Once you start doubting a person’s loyalty — or if they burn yours — it’s hard to return to a good working relationship with them. Other team members might also end up mistrusting them, which leads to an even bigger problem. Furthermore, if you extend a counteroffer and they stay temporarily before eventually leaving, you may find an even greater divide. It’s better to let someone go and tell them the door is open if they’d like to return. And they may even bring outside perspective and experience if they ever decide to come back.

3.  “I Don’t Have Time To Recruit and Hire a New Employee To Fill That Role.”

Real talk: Do you have time to deal with disgruntled workers, staff conflicts and a dip in productivity? Making counteroffers can bruise employee morale. Once word gets out that John received a salary increase based not on performance but because he had a competing job offer, other team members might see it as a sign that productivity and a strong work ethic don’t really matter. Plus, your team might end up feeling resentment toward John or see your actions as favoritism. The time it takes to fill one vacated position would be insignificant compared to the effort it takes to repair that kind of damage.

4.  “I Want To Avoid The High Cost of Turnover”

Real talk: It’s no secret that staff turnover is expensive in terms of time and resources. However, counteroffers can wind up being even more costly. By extending such an offer to one person, you send the message to other employees that threatening to leave can result in a raise. That precedent could wind up skewing your department’s salary structure or leaving you with more than one vacant position.

If counteroffers seldom work, what can you do to keep top performers? A better approach is to be proactive rather than reactive. Have regular conversations with individual team members to gauge their satisfaction with their job and career path. Invest in their training and professional development. Foster a creative work environment, and make sure they have interesting assignments so they don’t get bored.

And if they still want to leave the company, wish them the best — but let them know the door is open if they’d like to come back one day.

counteroffers, robert half, the creative group