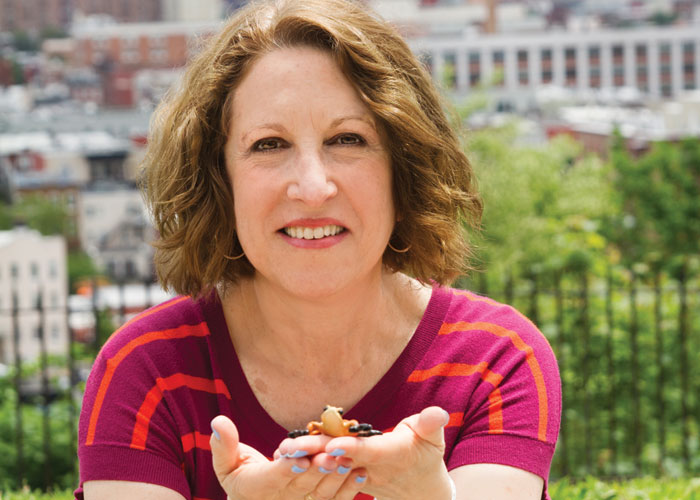 Susan Newman Design, Inc., is a well-established branding, graphic and web design firm. With regard to her commitment to cause design, Newman says: “Since I was a young girl catching frogs at an upstate New York camp and caring for pet turtles, I have always had a deep affection and concern for the environment and wildlife in it. Over the years, my favorite projects have always been for organizations on a mission to impact upon people’s lives. Designing for these causes is incredibly rewarding. The Jersey City Parks Coalition and JC Reservoir event series, Wild Jazz Adventure, and Pershing Field Garden Friends’ seasonal poetry, prose and song series Spring Bouquets, Summer Wind, and forthcoming Falling Leaves, are fundraisers to benefit our local environmental community.” 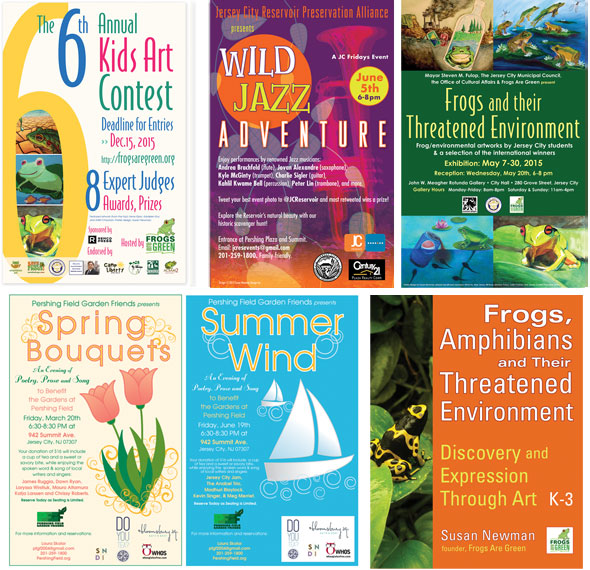 In 2009, Newman founded the non-profit Frogs Are Green to raise awareness that frog populations are in decline around the world, and how this will impact upon the Earth — and us — if they disappear. Not only do frogs play an important role in the global food chain and in keeping us safer from disease. Close to 30-45% of all frogs on Earth are threatened with extinction due to habitat loss, climate change, pollution and disease. She explains: “Learning about sustainability issues and community action were important to my efforts. I also became certified through the New Jersey Learns program. Frogs Are Green works hard to get people of all ages thinking creatively through self-expression. Each fall, we host two contests: Our Kids’ Art Contest and the Photography Contest. The Kid’s Art Contest has gained momentum over the past six years, however, in 2013, even though we received hundreds of entries, few were from the U.S. Worried that American children are not receiving art instruction, I wrote a six-week teaching curriculum that combines amphibian science and art to address this problem. I met with the Jersey City Public School curriculum directors, and my program was added to the schedule citywide as a project. By December 2014, our contest received 1,000 entries from 32 countries and, locally, 17 schools responded with 200 student entrants. This year, we are adding a new category, Student-Elder collaboration, designed to bring young and old together to learn and create. Every year around Earth Day, we curate gallery exhibitions to showcase contest winners. So far we’ve shown in three gallery spaces, including Jersey City’s City Hall Rotunda. Finally, we are developing two new books, a volume of beautifully illustrated haiku poetry titled Rainforest Frogs, and a children’s coloring book.”