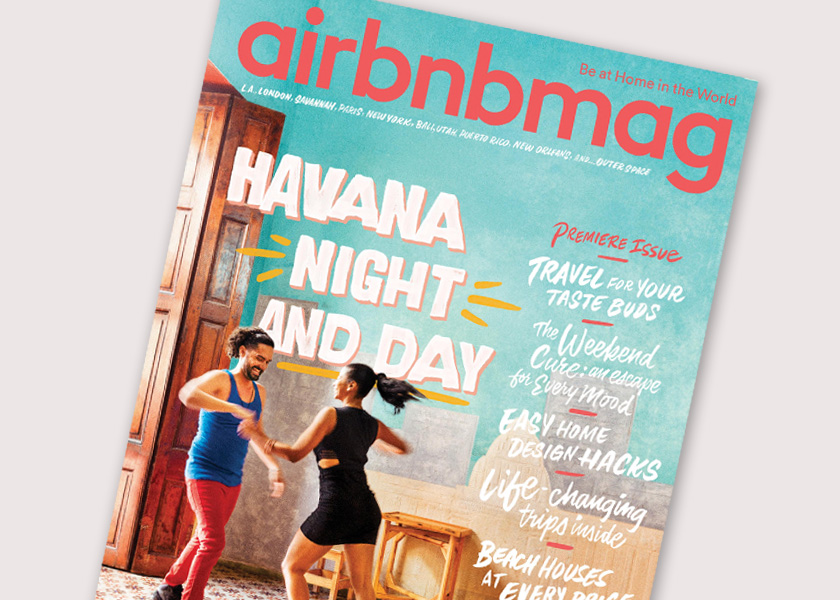 Airbnb and Hearst are partnering on a new print-only magazine — Airbnbmag — which  begins distribution in late May 2017. Part guidebook/part travel magazine, it is aimed at adventurous travelers rather than the luxury focus that dominates the segment. The May issue, with a cover story on Havana and others on  Airbnb visitor hotspots like Austin and Savannah, kicks off with a circulation of 350,000. It includes 45 pages of advertising from destinations, airlines, credit cards, technology and beauty. Editorial content will be determined by billions of data points collected from user searches on the Airbnb website which, in theory, will tell editors what the audience is interested in. 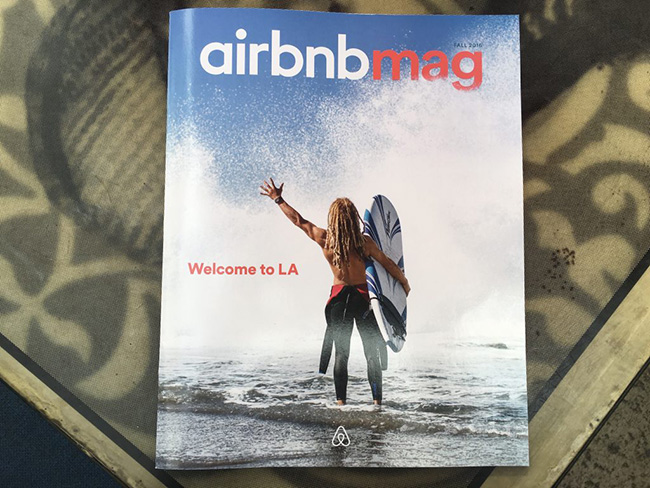 Two issues are planned in 2017 and, if readers and advertisers respond positively, it will go to a quarterly  in 2018. Airbnb and Hearst Magazines are co-owners of the new joint venture, sharing equally in the costs. Joanna Coles, chief content officer at Hearst Magazines, said that staffers at both companies were involved in creating the publication.

There was a soft launch of the concept last fall, when Airbnb published an issue about Los Angeles. At that time  Coles addressing an audience of Airbnb hosts, said: “So what is my ambition for this magazine? The Airbnb Magazine. Well, it’s to be on every coffee table, to be on every nightstand, it’s to accompany you on every flight you take. And it’s to connect you, to inspire you, to transform you…. Why a magazine? Well, a good magazine is a journey in itself, it’s a voyage of discovery. You turn the page, and you find something magical you weren’t expecting and it transforms you.”