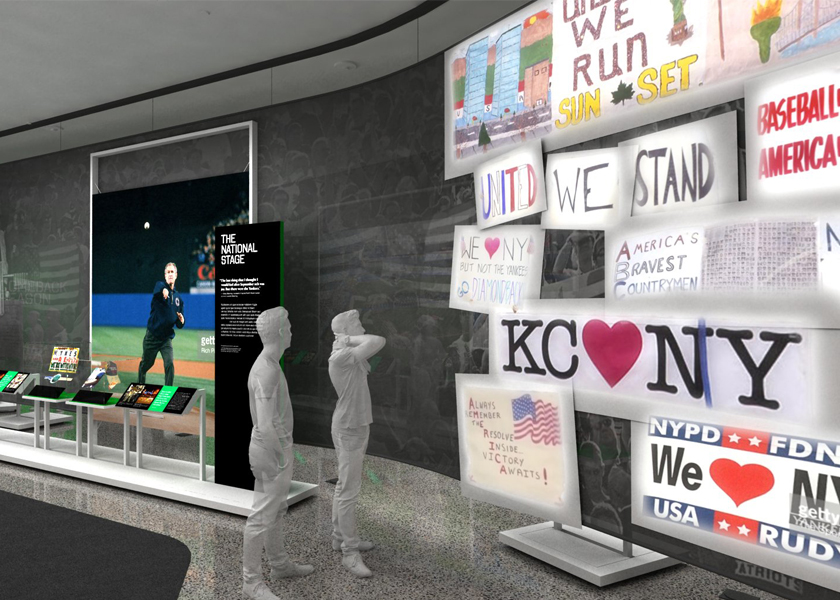 The emotion of the crowd was the inspiration C&G Partners drew on to design “Comeback Season: Sports After 9/11,” a new special exhibition opening soon at the National September 11 Memorial & Museum. Sports may seem like an odd subject in relation to the attacks but in retrospect, national sports played a significant role in helping people come together around a unifying message of hope and perseverance, and gave a reason to cheer again. From the pause in play as the nation mourned in the aftermath of the attacks, national sports and its athletes went on to play a significant role in helping the country come together around a unifying message of collective hope and perseverance. 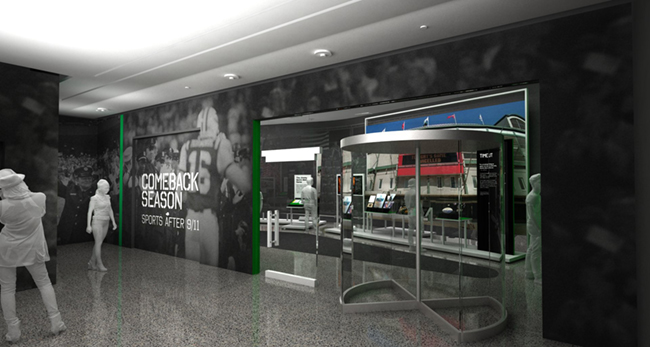 Explains Jonathan Alger, managing partner who oversaw the project for C&G Partners: “Our design strategy uses the emotions of sports crowds at various points after 9/11 as the context for the narrative. It’s an effective way to frame the story arc, using design gestures to take visitors back to those key moments in stadiums to portray the changing emotions of a whole nation. By making visitors feel as if they are actually in those crowds, they experience the profound transition from uncertainty and grief to hope that swept the country over the weeks and months once sports leagues resumed play and brought us together.” Adds Alice M. Greenwald, president & CEO, 9/11 Memorial & Museum: “For so many in the weeks and months following 9/11, sports offered a welcome distraction from the weight of grief, an uplifting experience to share with others, and something to cheer about. Some victims’ family members chose to honor loved ones by celebrating the sports they had loved, as leagues, teams, athletes and fans came together to affirm that what we have in common is far greater than what divides us.” 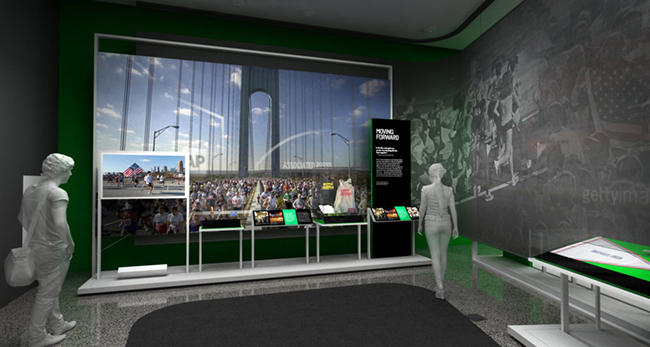 C&G Partners was tasked with the exhibit design, graphic design, and sound and media production for “Comeback Season,” working with the National September 11 Memorial & Museum’s own project team. All techniques used to communicate the exhibition narrative are designed to echo actual sports experiences. The exhibit is designed as a chronological account of what happened in sports on the national scale after the events of 9/11. It begins in the moments after the attacks, when all national sports in the US were suspended and stadiums in the New York metro area were used instead to support the relief effort. The exhibition uses huge images of crowds at stadiums as play resumed, along with custom documentary films depicting the emotions of fans during this transition period, to make visitors feel as if they are actually at the depicted events. This enables them to relive and experience the tentative return of games that helped heal the country. The exhibition is divided “Comeback Season” into nine sections with additional stations dedicated to stories of victims and their families. Each section includes dramatically large images, objects from the museum’s collection or on loan and poignant quotes. They also host custom-made short documentaries drawn from oral histories, combined with powerful excerpts from media of the time. 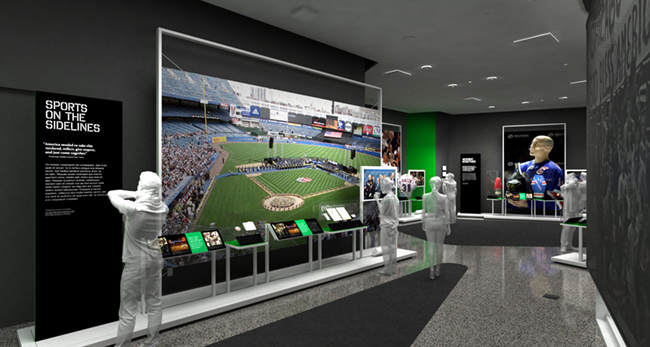 Creative credits at C&G Partners include: 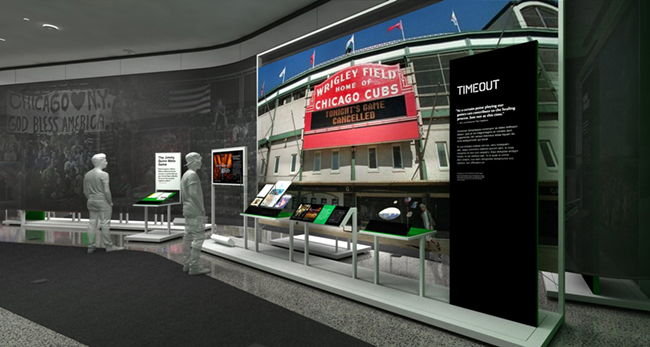