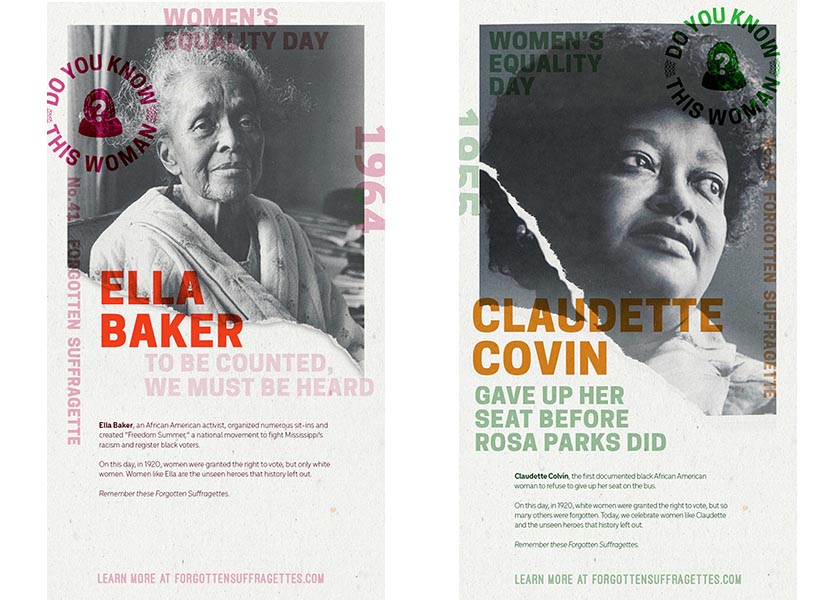 On the heels of Women’s Equality Day, a team of mixed-race women creatives recently put unsung female heroes of women’s equality and specifically the suffrage movement in the spotlight. Hailing from creative studio Bonfire Labs, the San Francisco group conceptualized and executed a guerrilla-style activation yesterday where baseball card-like images of forgotten suffragettes and women’s rights advocates were AirDropped to random people’s mobile phones.Each image was accompanied by biographical descriptions of a particular woman, highlighting her background and contribution to women’s voting and equality.  The AirDrop itself came with the tag “Do you know these women?” as an enticement to accept and open the picture file. 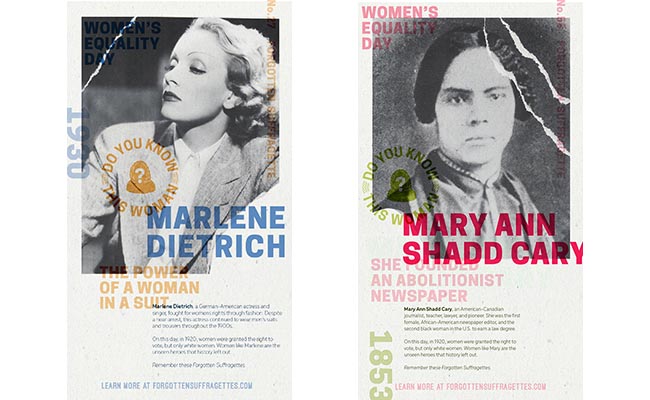 The effort gives a nod to how (intentional or not) even women’s suffrage has been whitewashed by history, with its almost exclusive focus on Caucasian women. The activation took place in key high traffic areas throughout SF, including Union Square, Embarcadero, the Castro, SoMa, the Financial District, and Battery Row. 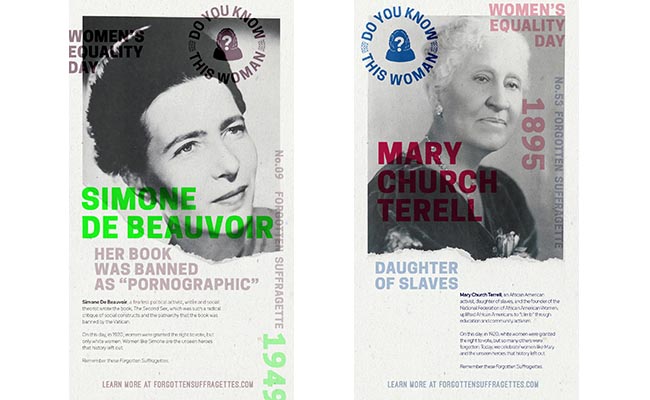