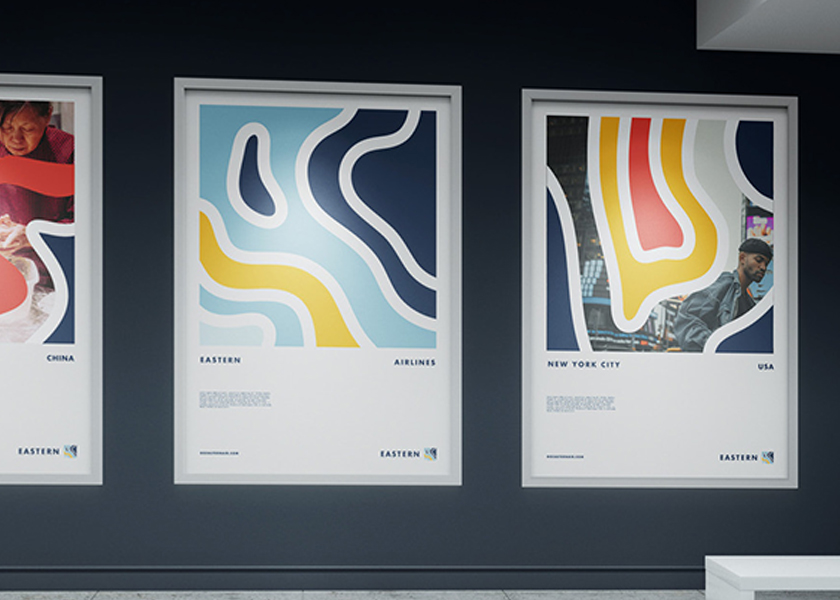 Former legacy carrier, Eastern Airlines is back in the air. After shuttering its doors in 1991 for a variety of reasons, the airline is back in the ring with the goal of serving underserved routes.  While the airline will retain its iconic moniker, most everything else has been updated for this new initiative, including a new brand identity, CEO letter, regional icons, visual identity, website layout and logo. The refresh was all done in conjunction with creative agency Mechanica and brand strategy boutique Playbook Studio. The brand logo is modeled after topographic maps; the main logo features colors that represent the sky, sea and sun while regional logos represent aspects of that area, with, for example, the Guyanese logo features the colors of the Guyanese flag. The idea: to provide a bird’s eye view of each market it will be serving. The topographical will extend down onto the plane’s livery (design concept only at the moment) as well as the uniforms of its flight attendants.