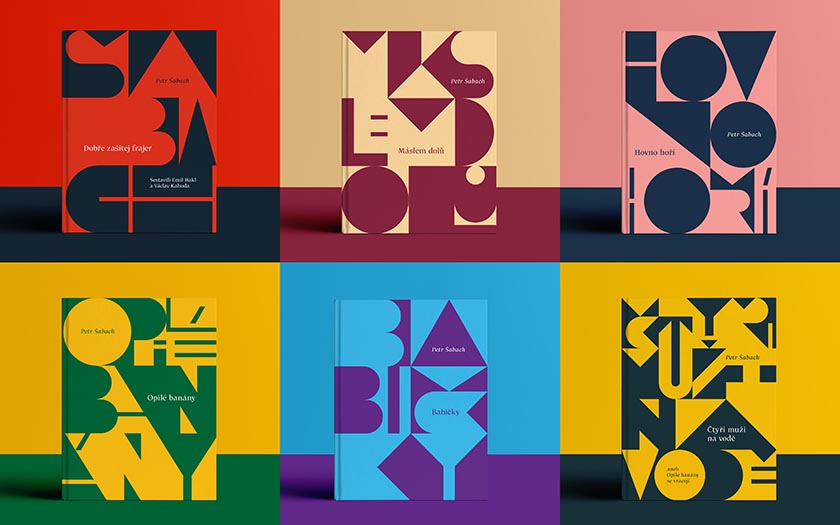 Jan Šabach has redesigned and rebranded a family treasure. Petr Šabach (1951–2017) was a Czech writer. His novels have been translated to numerous languages and several of his novels have been turned into popular movies. In 2016 Šabach received a Karel Capek award for his contribution to Czech literature awarded by the Czech PEN Club. He was a master of integrating small, but carefully crafted moments, into a larger story. His son, the accomplished designer Jan Šabach,was inspired by this seeming simplicity to create a visual language of typographic construction and a play between the figure and the ground, where each element depends on another and its surroundings. While each book uses only a limited amount of colors, the resulting series is colorful, optimistic, and dynamic.