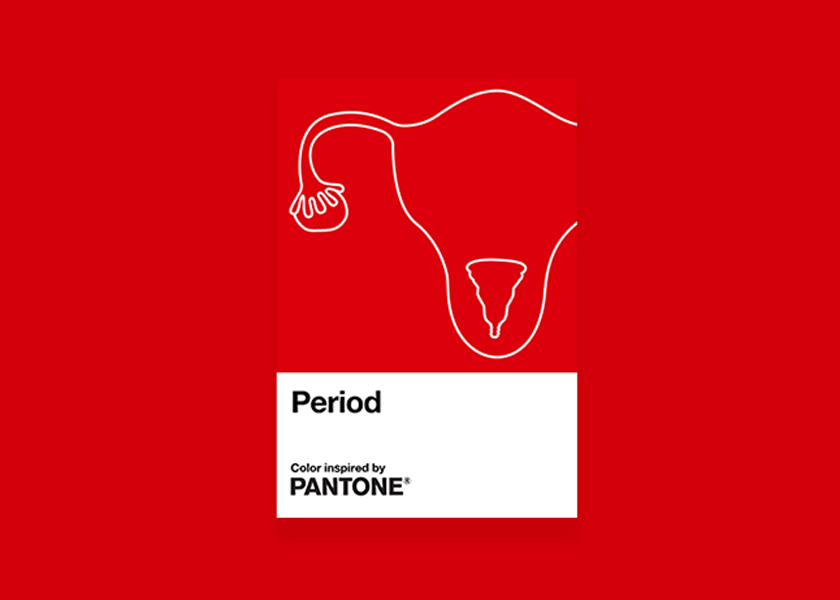 It may be the 21st century but, for many, attitudes towards menstruation are stuck in the past. As part of a new campaign by INTIMINA to make menstruation more visible and normalize the most normal of bodily functions, the intimate well-being brand has teamed up with The Pantone Color Institute to create Period: an original shade of red that represents a steady flow during menstruation. The color Period is described as an energizing and dynamic red shade that encourages period positivity and serves as the banner for INTIMINA’s “Seen+Heard” campaign, that seeks to empower everyone, regardless of gender, to feel comfortable talking freely about periods. Laurie Pressman, Vice-President, Pantone Color Institute comments: “An active an adventurous red hue, courageous Period emboldens people who menstruate to feel proud of who they are. To own their period with self-assurance; to stand up and passionately celebrate the exciting and powerful life force they are born with.”