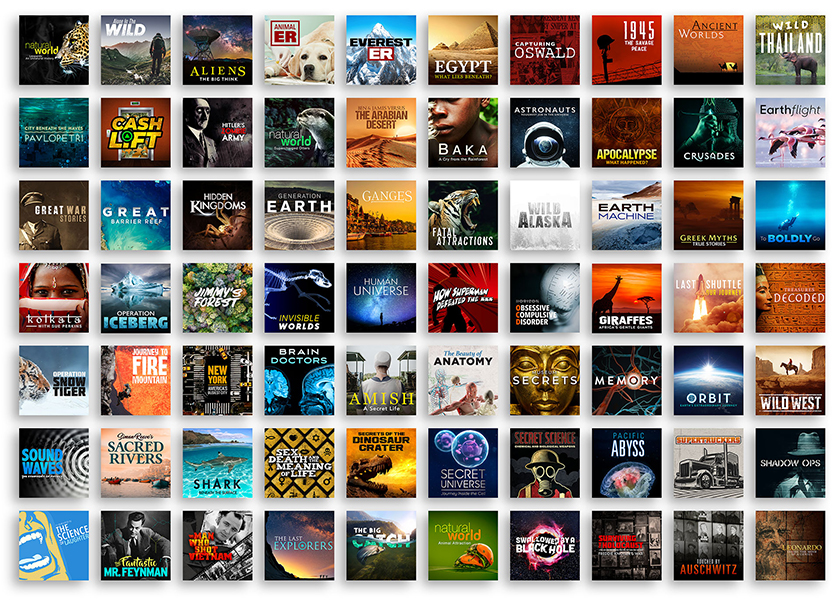 Discovery Network had a daunting mission: to move one of the largest video content libraries in the world online, and build a streaming platform Discovery+ from the ground up in a few short months. To help develop all the brand assets, all the key art, and the entire graphic language of the platform, the Discovery creative team invited independent agency SCS to support their internal teams with the task of developing thousands of items needed for the service – which features shows from all of its major cable networks including Food Network, Discovery Channel and Animal Planet, as well as library programming licensed from other companies. 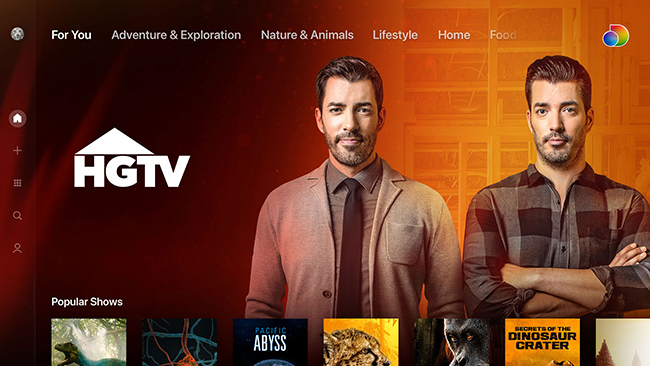 The team explored a number of different design approaches before finally settling on a direction for the hero UX screens for shows, genres and networks that offered a premium content experience while bringing a consistent style across the platform. SCS also developed the sonic branding and audio mnemonic for the Discovery+ brand and variations for Discovery+ Originals content, as well as the Welcome Video for new users of the platform.

In addition to this work, SCS took on the major lift of preparing product creative titles for the platform, working to bring consistency and narrative to the design of show titles and IP for the new streaming app, with many shows receiving an updated look-and-feel for merchandising within the new Discovery+ experience.