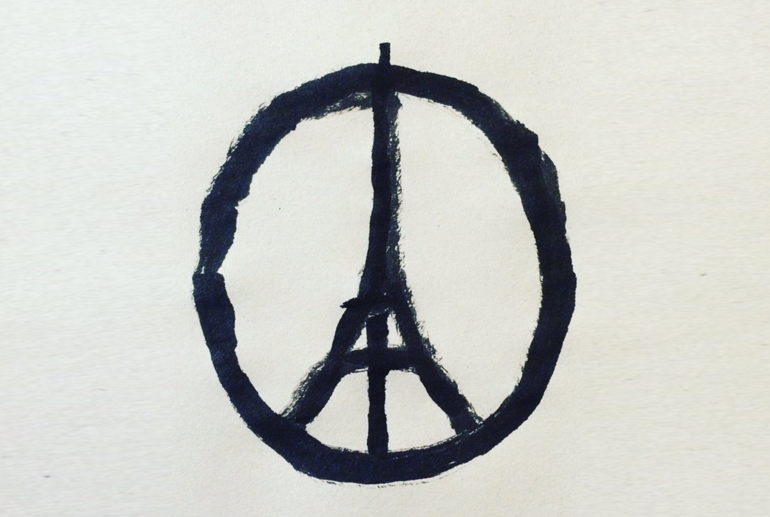 Is there any doubt that life can have moments and events of horror and despair? Or that art and design can cut through the clutter to express our collective feelings? This “Peace for Paris” image by French graphic designer Jean Jullien has gone viral on social media in the hours after the Paris terrorist attacks for its gentle message of kindness, poignancy and hope.

A native of Nantes now living in London, Jullien describes himself as working in illustration, photography, video, costumes, installations, books, posters and clothing. He is a graduate of the Royal College of Art and has had some high-profile clients including The New Yorker, New York Magazine, Tate, Le Centre Pompidou, Nike, The Guardian, The New York Times, Yale University, BMW, Renault, and many more. In a prescient moment, Jullien told Designboom in a 2014 interview that “I try to capture moments that people react to, to establish a connection with the viewer, as it is all my work is about: communication. Some of the pieces are funny, some are a bit darker, and some others are more ‘silent’.”