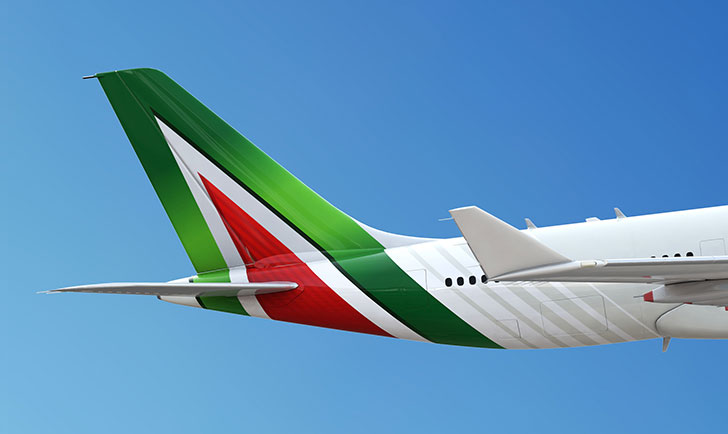 Alitalia has introduced a new brand identity, including a fresh livery, which aims to position the famous airline as innovative, sophisticated, and a representative of the best of Italy. Landor was commissioned to create a “young and seductive” new look to represent the airline’s ambitions, utilizing the key design elements of the airline’s previous iconic livery, which was also created by Landor in 1969.

To reflect longevity and the airline’s history, the stylized tail logo has been updated and refined, retaining the same green, red, and white colors of the Italian flag. The new logotype has been modernised and a more dominant “A” makes a bolder statement. The number of primary color tones have been increased, and the modernized livery is inspired in part by the striking lines on Formula 1 racing cars, while striations have been added in the red triangular interior of the “A,” creating a pinstripe effect. Aircraft fuselages will now be painted in a calm ivory, progressively banded rearward to create an impression of movement, speed and progress. In addition, the airline is introducing new brand elements inspired and influenced by Italian craftsmanship and luxury automotive design. The stylized “A” appears subtly on cabin panelling and on soft furnishings, as well as menu cards, onboard amenities, inflight programming and reading material. 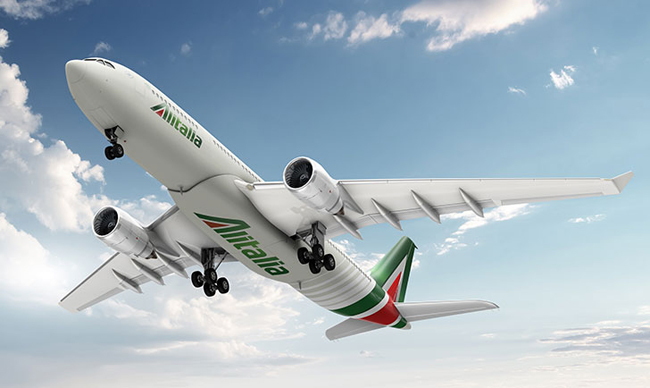 The new brand designs are also being implemented across all consumer environments including airport check-in counters, lounges, corporate signage, and to all its digital, print, and outdoor advertising channels, as well as its official website. Peter Knapp global creative officer at Landor, says: “The Alitalia brand is widely regarded as a design classic and is recognised throughout the world. Walter Landor was involved in the design of the project nearly 50 years ago and now is the time to evolve this enduring brand and update it for today’s market challenges.”