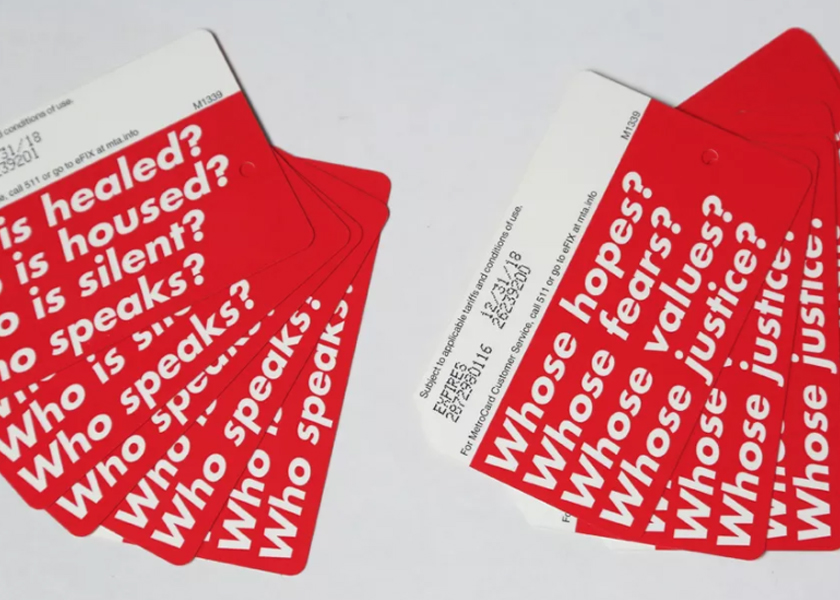 Renowed artist and graphic designer Barbara Kruger has a new canvas: the MetroCard. The Metropolitan Transit Authority, which operates the New York City subways among other things, is releasing 50,000 limited-edition cards with the kinds of boldface questions on the back — Who is healed? Who is housed? Who is silent? Who speaks? Whose values? — that Kruger has asked throughout her provocative career. The cards will be available at several stations and are being distributed in conjunction with a series of site-specific works by the artist on the occasion of the visual arts performance Performa’s seventh biennial. The MTA has released several limited-edition MetroCard batches in recent years around selected events.