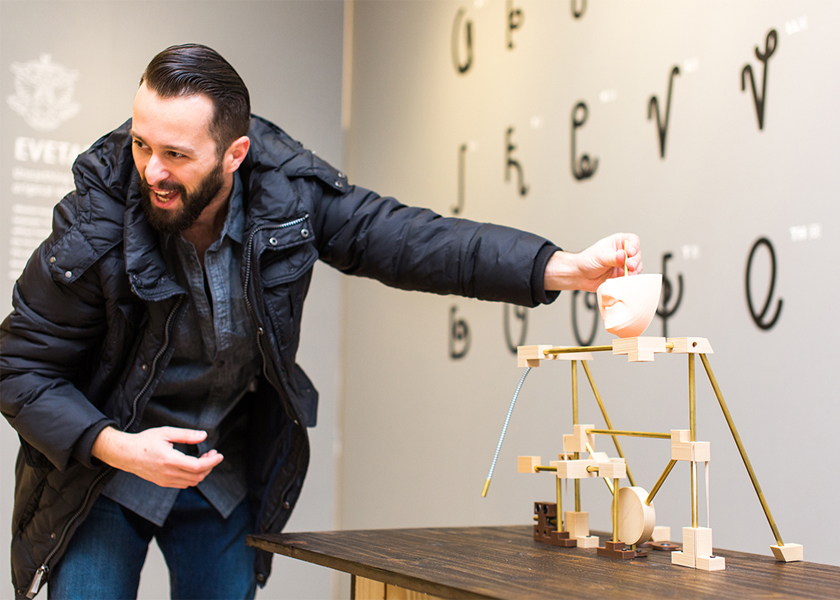 The recent masters thesis by Edon Muhaxheri, a 2017 MICA Illustration Practice MFA graduate, has led to the discovery of a long lost Albanian alphabet, which he redesigned and digitized in a new font family — Albanian Helvetica — to preserve the ABCs and promote its use in Albania Muhaxheri came to MICA from Kosovo on a Fulbright scholarship to study illustration. 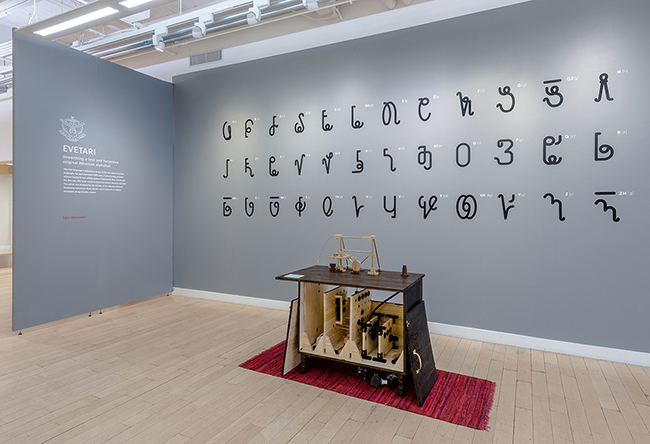 During his studies, he became interested in historical automatons, early machines designed and built in the 19th century to perform a variety of tasks, including writing. Inspired to devise an automaton that could write in Albanian, Muhaxheri’s research lead him to the Museum of Education in Albania, where he uncovered a lost manuscript of the first Albanian ABC book published in 1844, but has since been considered lost after the adoption of Latin-based typesets for printing purposes. After his discovery, Muhaxheri set about redesigning the original alphabet into a more streamlined and accessible style. 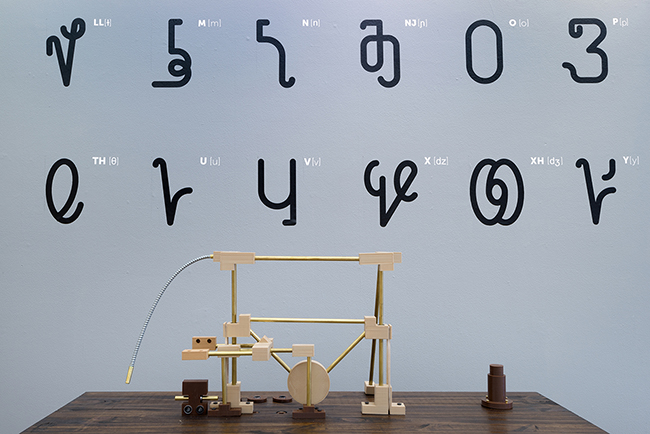 The Albanian language is among the oldest in Europe, dating back 5,000 years, but it lacked a formal writing system until the 1844 publication of the manuscript that was eventually lost. Among the perks of his discovery: Muhaxheri has been invited by the Albanian prime minister to present his alphabet at a reception. 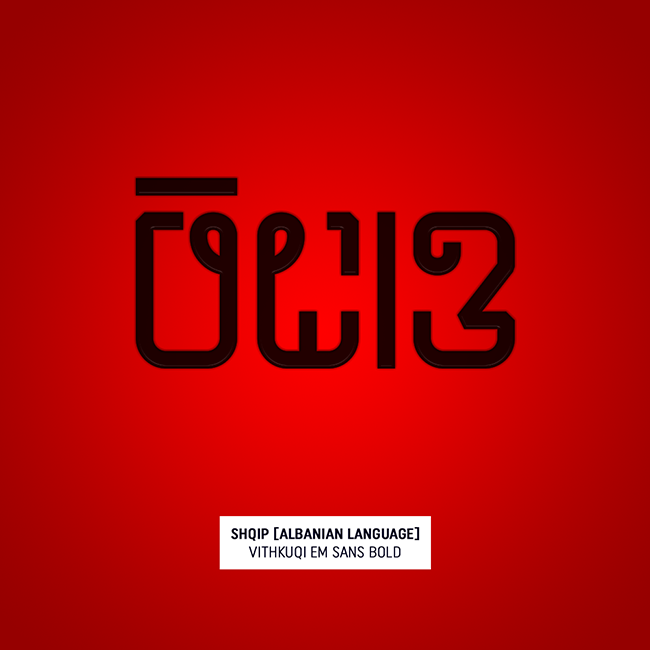