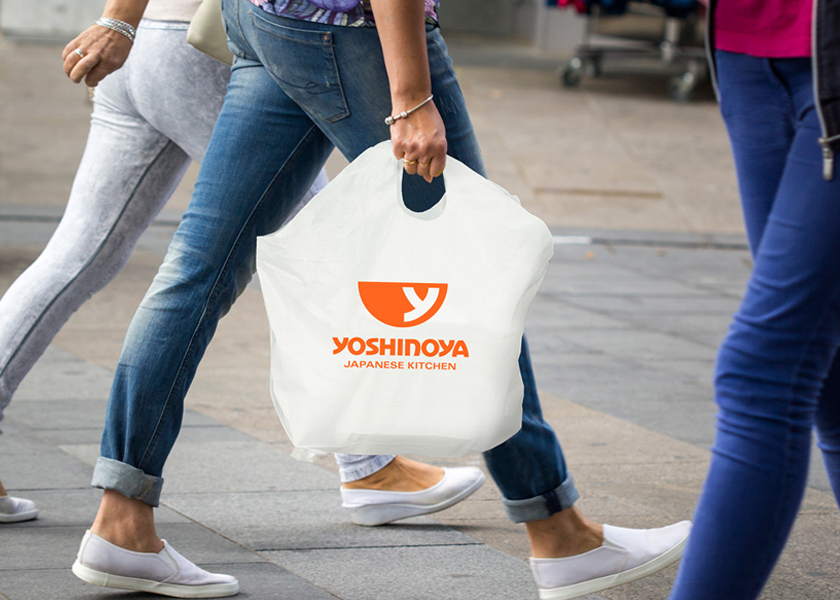 Founded in Japan in 1899, the Yoshinoya brand is known in that country for its beef bowls and tradition of efficient service — with over 1,500 restaurants across Japan, and 106 locations in California. As Yoshinoya has expanded into international markets, however, it had some difficulty establishing recognition.

The complex, traditional seal posed a challenge — and particularly in American markets, where signage is very important. Rather than simplifying the existing logo, which contained many elements that were irrelevant or incomprehensible to American audiences, Chermayeff & Geismar & Haviv focused on the distinctive lettering style of the name, extracted the recognizable Y, and set it in a bowl shape.

This revised visual identity is now being utilized in all applications, from signs to app icons. The new lettermark, in the Yoshinoya Orange, will be adopted in both the US and Japanese markets — alongside the original seal that will continue to represent the long tradition of the brand. 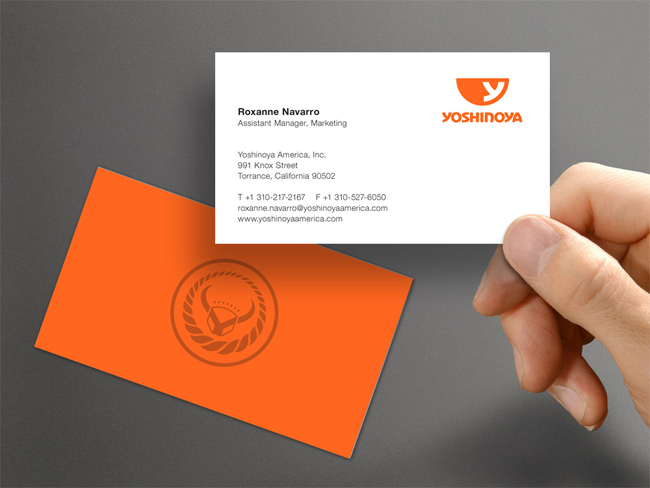