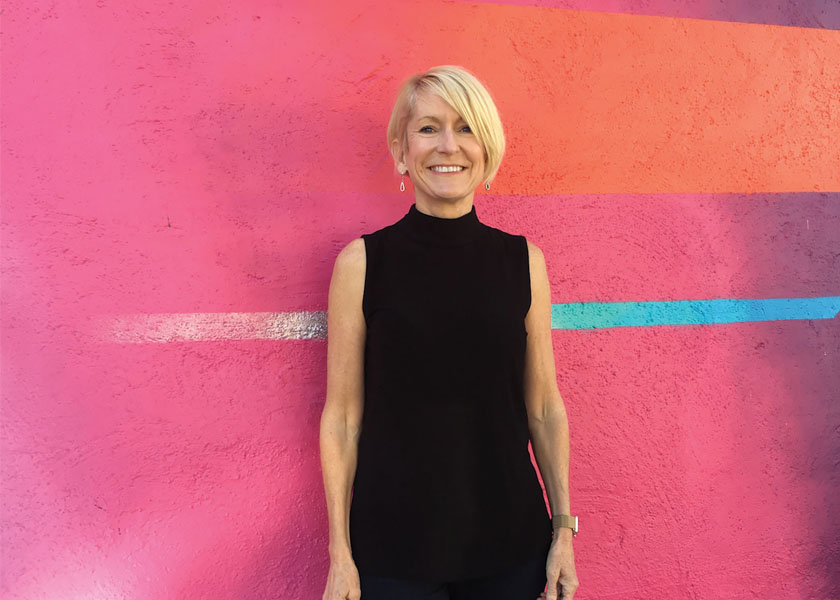 Margo Chase, Founder and Chief Creative Officer of Chase Design Group, died in an aviation accident on Saturday July 22, 2017 in Apple Valley CA. In addition to her passion for design, Margo was an accomplished pilot who loved the art of flying. Chase founded her firm in 1986, building it into one of the most respected and successful. Recognized worldwide, Chase initially trained in biology and veterinary medicine , but discovered graphic design in graduate school. Early on, she had success in the music industry designing packaging for such artists such as Cher, Prince, Madonna, Selena and Bonnie Raitt. Ultimately, her firm expanded to serve many industries and causes, creating branding, packaging and design positioning for the likes of Sun America, Belkin, The CW Network, Bolthouse Farms, Califia Farms, CVS/pharmacy, Discovery Communications, Mattel, Nestlé, Nike, PepsiCo, Procter & Gamble, Quaker, Starbucks, Stila Cosmetics and Target.

Among numerous awards, Chase was selected as an AIGA Fellow, an I.D. Magazine “I.D. Forty” and was featured in Communication Arts, Graphis, I.D., HOW, Radical Graphics/Graphic Radicals, and New Design: Los Angeles. A pioneer among women designers, she was also prominent in the celebrated show “Women Designers in the USA, 1900-2000: Diversity and Difference.” In a 2006 GDUSA readers poll, Chase was named among the top ten Most Influential Graphic Designers of the Era. Coincidently, her firm’s work was featured on the cover of the April 2017 edition of GDUSA.

Chris Lowery, president of the design agency has vowed that the company will continue to be driven by the insatiable curiosity and love of design she embodied. “Everyone in the Chase Design Group family has been touched and inspired by Margo’s creativity, generous spirit and love for design. We will all miss her brilliance and incredible energy, but will carry her vision for the organization forward as she would have wanted,” he says. “All of us here at Chase send our heartfelt condolences to her husband Patrick Dugan and the rest of her family.”