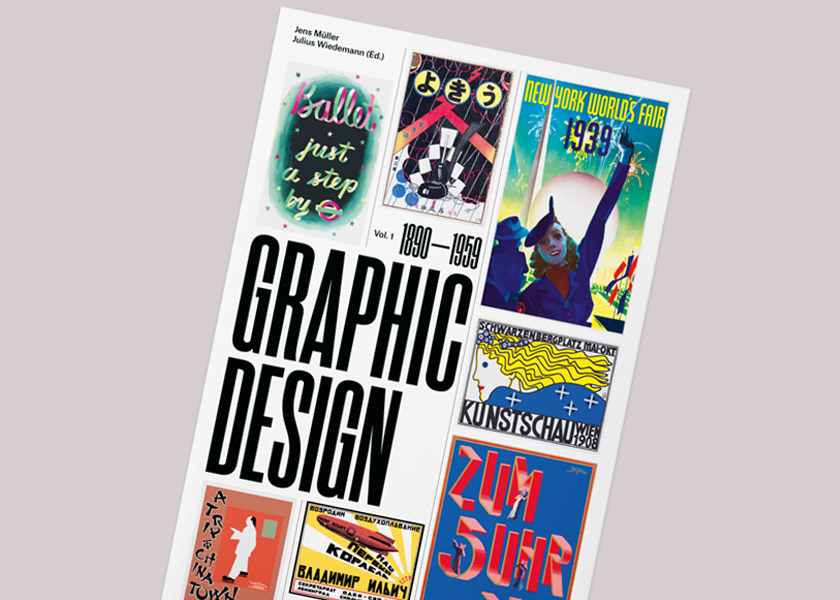 Author Jens Müller, designer Julius Wiedemann and publisher Taschen are engaged in a large and ambitious undertaking: to present a visual history of graphic design. Volume 1 of the effort is now available, tracing 70 years of graphic design, designers, and developments from the late 19th century through the economic boom after World War II — 1890-1959 — spanning designs that would form the basis for further revolutions. 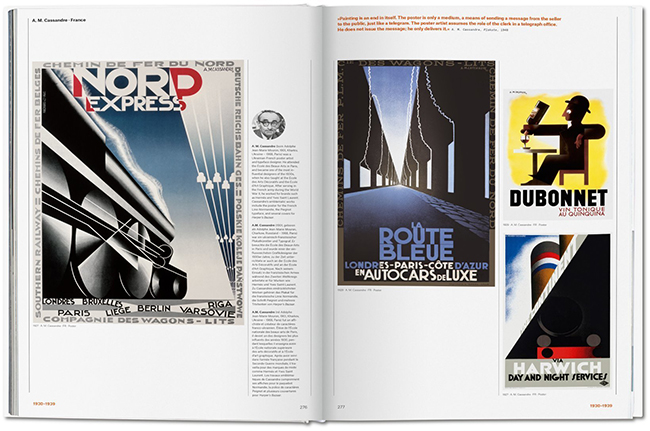 Year-by-year spreads are combined with indepth features on landmark projects, profiles of industry leaders, and visual timelines of each decade. The evolution of graphic design as a discipline is tracked from its beginning as poster design into advertising, corporate identity, packaging, and editorial design, with over 2,500 seminal designs from all over the world. 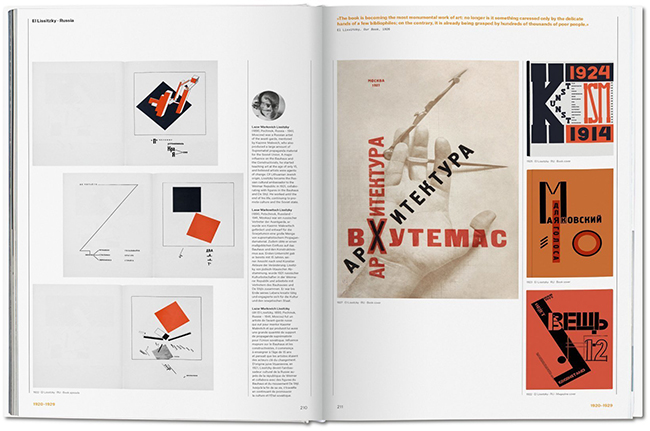 Dozens are profiled in detail besides leaders in the field such as Alphonse Mucha (chocolate advertisements), Edward Johnston (London Underground logo and typeface), El Lissitzky (constructivist graphics), Herbert Matter (photomontage travel posters from Switzerland), Saul Bass (animated opening titles), and A. M. Cassandre (art deco posters). Müller curates the standout designs for each year alongside a running sequence of design milestones while David Jury, in an introduction, situates graphic design from its point of origin in early printing, engraving, and lithography to creative developments in the 19th century. 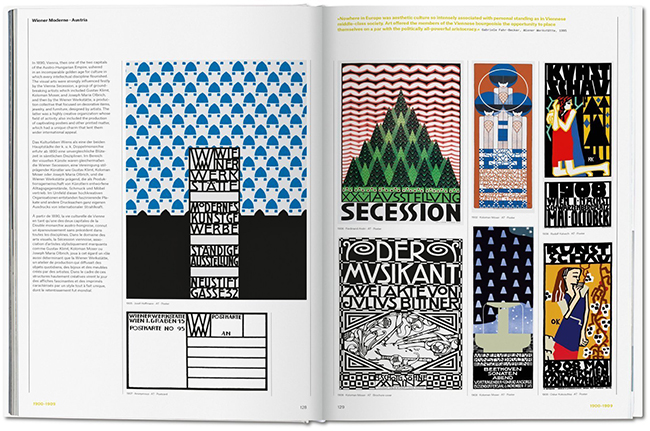