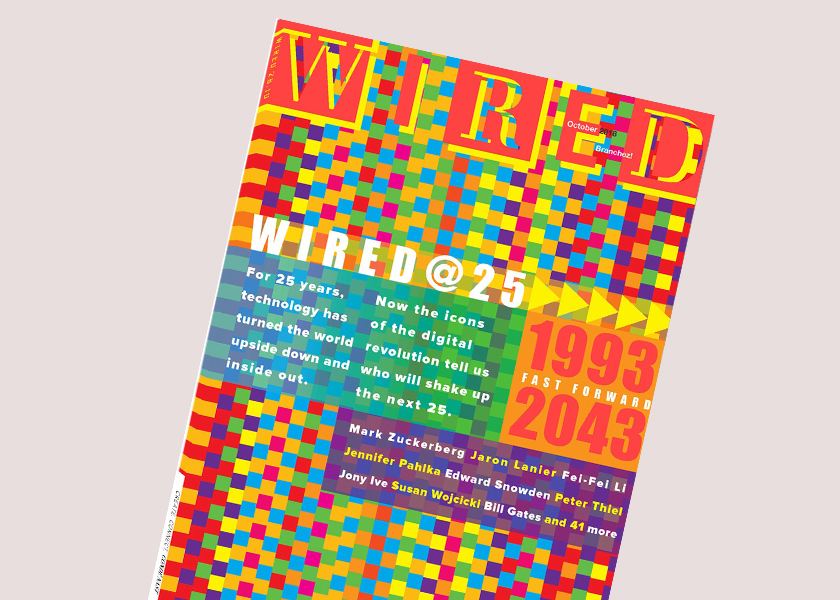 Wired magazine turns twenty-five (25) with an anniversary cover intended to balance the tension between past and present with a grid made from the magazine’s spines – stripes of checkered colors that flicker downwards like a screen coming into focus. It’s a pattern integral to the magazine’s design and dating back to the publication’s 1993 launch. “The spines emphasize the binary nature of digital tech,” say Wired‘s original designers, Barbara Kuhr and John Plunkett of Plunkett + Kuhr, who were invited by the current editorial staff to design the one-off celebratory cover. “On a business and packaging level, we wanted Wired to have its own visual language, one that would be instantly recognizable on a bookshelf or coffee table.” In the place of the current sans serif logo is the original blocky wordmark, a design that was intended to signify the digitized, pixelated nature of communication in the ’90s through a jagged combination of a serif and a sans serif. “We’ve always seen Wired as a bridge between the ‘People of the Book’ and the ‘People of the Screen’. The original logo conveys more of that dynamic,” say Kuhr and Plunkett. 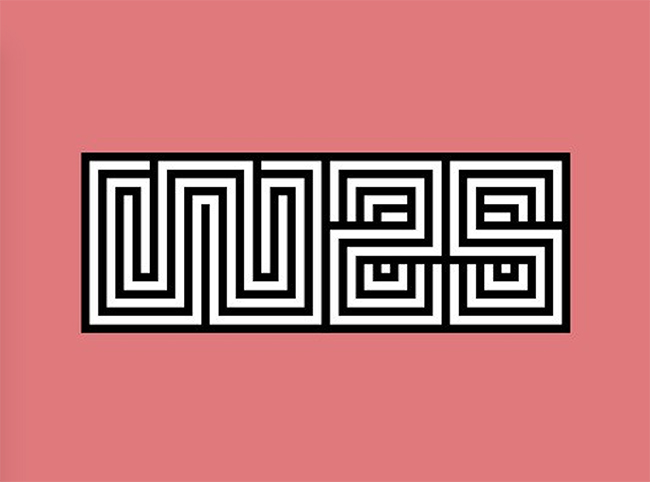