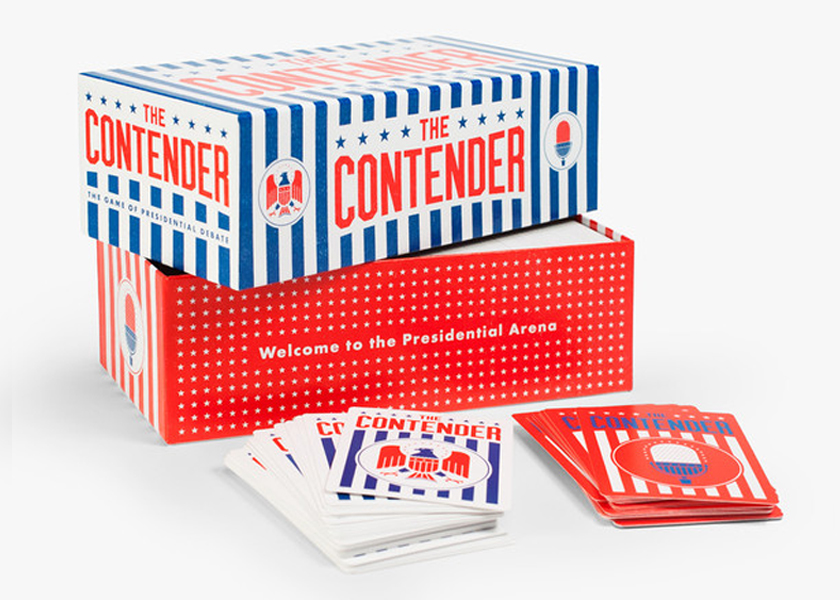 Meg Paradise and Faun Chapin of Guts & Glory, an Oakland CA design studio, drew inspiration from the visual language of mid-20th century political campaigns for The Contender, an electoral debate game based on real presidential quotes both serious and ridiculous. 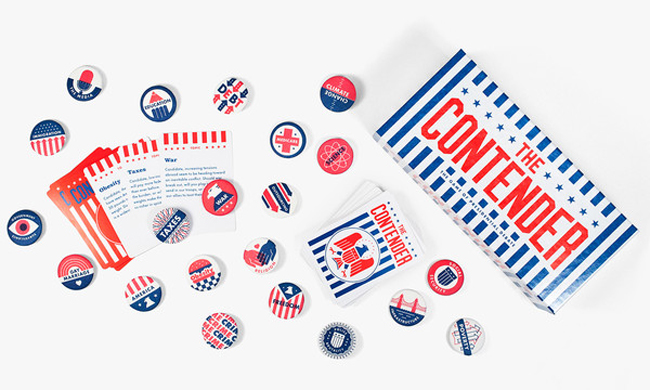 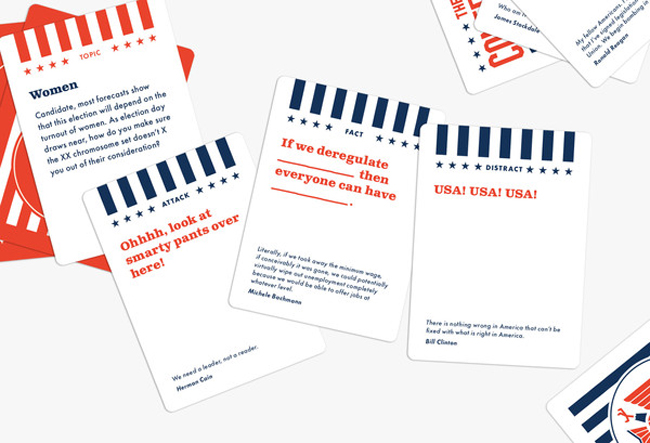 The game was originally conceived by Justin Robert Young and John Teasdale — “game designers, friends, and fans of political theater” — with the initial rules based on a traditional deck of cards: Spades beat Hearts beat Diamonds beat Spades. Then the Guts & Glory principals got involved and, as detailed on the game site, they took it to the next level by “honing the flow of the game, ditching the suits and numbers in lieu of a more free-form debate structure to make it fun for gamers and non-gamers alike … With that final ring of the liberty bell, The Contender was born.”

Once the game was created, other identity elements lent themselves naturally:  buttons, t-shirts, bumper stickers, signs, opportunities for parody, and more. The game itself is family friendly but there is a “politically incorrect” expansion pack with plans to add categories like “Meet The Clintons,” “Trump Cards,” and “Sharpton Your Knives.” 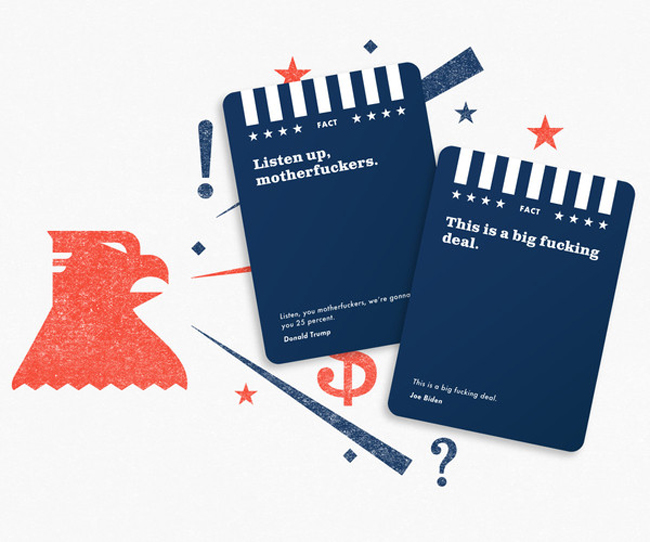