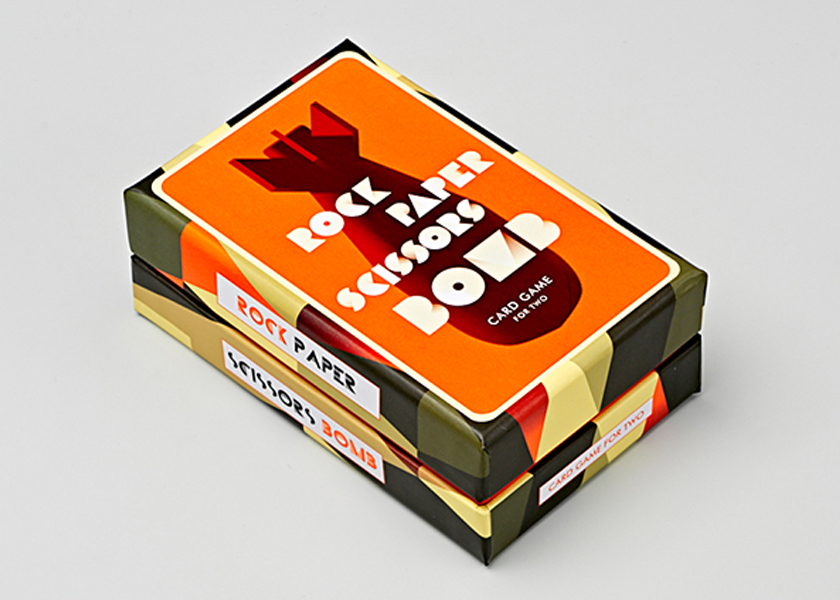 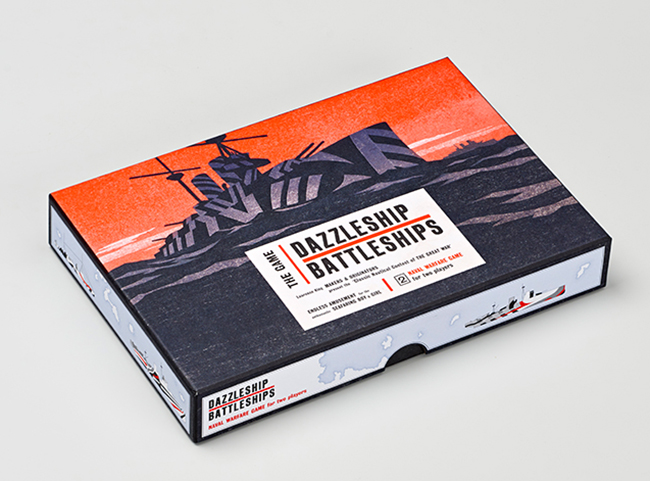 Dazzleship Battleships is a repurpose of the classic travel boardgame Battleships as a World War One naval battle. Hyland and team have weaved ‘dazzle camouflage’ throughout the game, from its box featuring a woodcut cover by Andrew Davidson, to its two playbooks set on redrawn nautical maps, and its accompanying booklet explaining the history of dazzle and its relationship to avant-garde art. Maria Hamer of Laurence King Publishing served as designer. 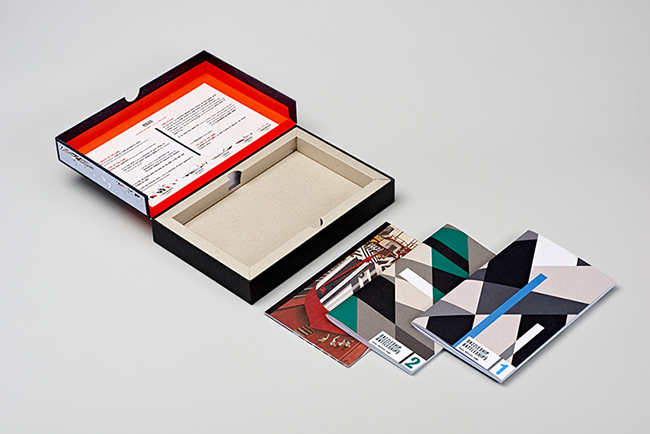 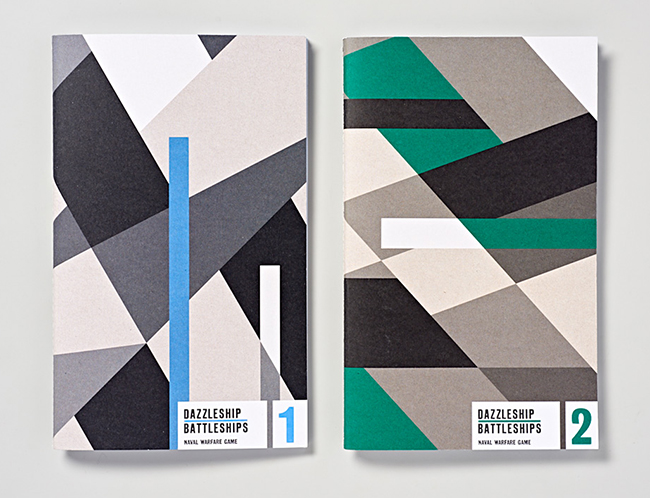 The other release, Rock Paper Scissors Bomb, reprises the popular children’s playground pastime as a card game for two, with the added twist of a bomb that destroys all other cards. Featuring design and illustration by Mads Berg, this interpretation brings a touch of Italian Futurism to card play. 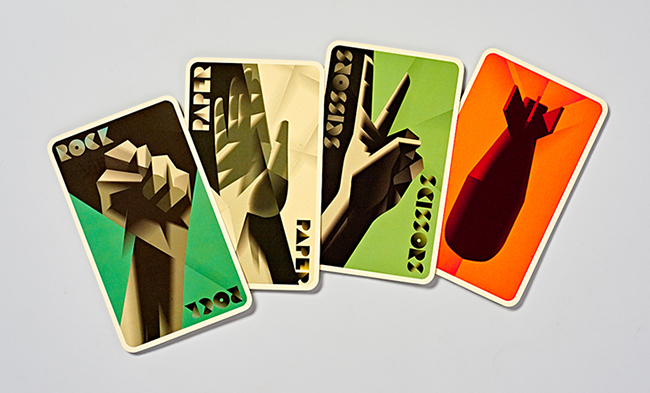