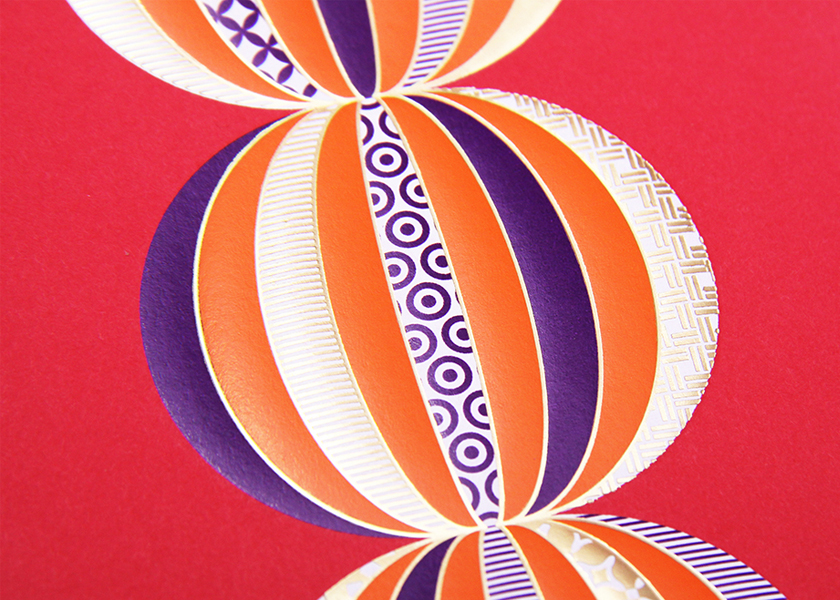 Once upon a time there was a monster who was afraid of the color red. In order to protect children from this monster, parents would give their children red packets … or at least that’s the ancient tale of the how red packets became a traditional Chinese New Year greeting.

Ken Lo, founder and creative director of the Hong Kong-based design studio Blow has become known for designing stunningly beautiful Red Packet collections over the last several years — except Lo prefers to think beyond the traditional red. He likes color. Lots of color. The brightest of colors. And the 2017 collection, ASTROBRIGHTS® Papers Red Packets – A Flourishing World, is no exception. 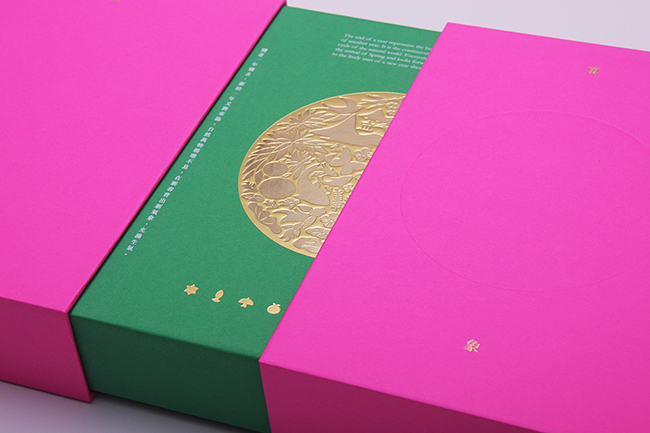 Lo’s Red Packet collections are comprised of a 16 uniquely designed and produced envelope “packets,” which are housed in a beautiful keepsake box. The design of the packets and the box changes each year. 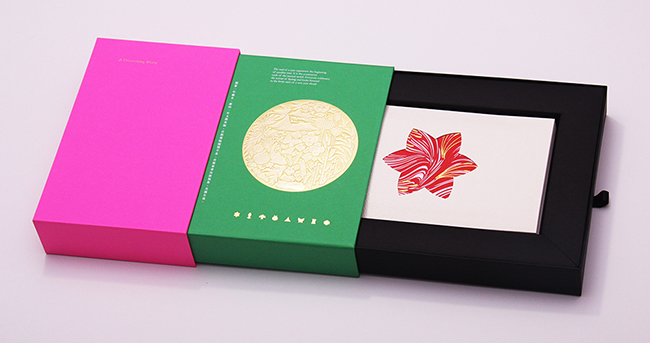 Though the tradition began as folklore, it has become an important marketing tool for many companies and brands celebrating the Chinese New Year. “Inside each of the red packets is money. Traditionally, all married people must give red packets. They are usually given to staff by senior management because most of senior management is already married, though some who are single will give also give red packets to try to avoid being embarrassed. People who are married will not receive red packets any more, except from their parents or boss. The significance is not the money though, the significance is the red paper. Wrapping money in a red packet is interpreted as blessing someone with a peaceful and lucky year,” said Lo. 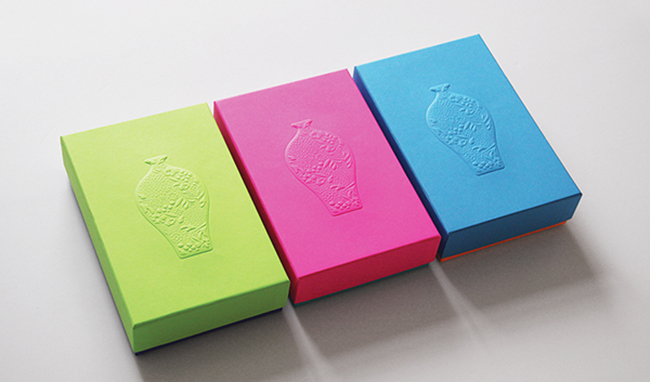 (The first ASTROBRIGHTS Red Packet collection was released in 2013.)

Lo designed his first red packet collection five years ago for Hong Kong-based paper distributor Polytrade Paper. It was a corporate gift and paper sample to be sent to clients and designers. Polytrade was introducing ASTROBRIGHTS Papers by Neenah to China and this was the first, and very important, promotion to showcase the paper. “They liked the color, Re-Entry Red™, and wanted us to design packets with it, but after I saw the samples of the ASTROBRIGHTS Papers I thought, ‘Why not make an entire collection of colorful packets instead of just red?,’” said Lo. 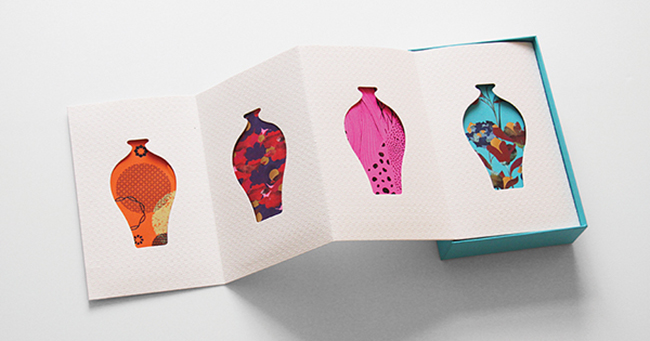 (Flowers were the theme for the inaugural 2013 ASTROBRIGHTS Red Packet collection.)

That inaugural ASTROBRIGHTS Red Packets collection was an instant hit. Lo was surprised to learn that the collection was featured in design outlets and shared on social media. “Since that first collection we’ve had many clients ask us to work on their red packet projects. We also started to see similar designs being sold in stores. We even saw other packaged items being inspired by those designs. I once had a client give me a mooncake as a gift, and the cover of the box was a copy of one of the graphics we did for that first ASTROBRIGHTS Red Packets collection,” said Lo. 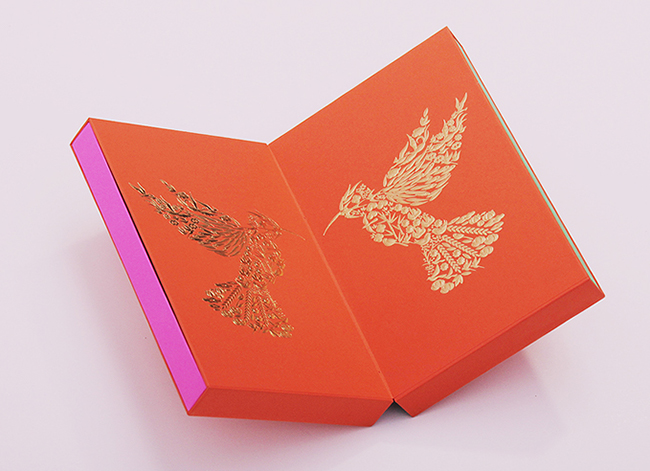 (The theme of the 2015 ASTROBRIGHTS Red Packet collection was birds.)

Each year the collections have a new theme and each year the packets are produced on, and the boxes are wrapped in, ASTROBRIGHTS Papers. “The first year we thought we’d use the 12 zodiac animals, as many people like to collect these. However, when we think of the recycle usage, this didn’t work because the animal cycle is every 12 years. If you use the Monkey in a Rooster year it would be quite weird. Therefore we suggested the use of other lucky elements.” Year one was flowers, year two was fish, the third year was birds, and the fourth year was traditional lucky foods served during Chinese New Year.

The 2017 theme is a culmination of the previous four themes, plus the addition of four new elements; mountains, bamboo, butterflies and lanterns. 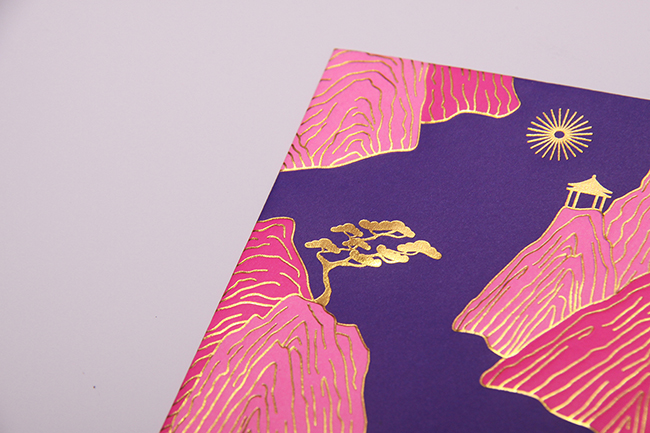 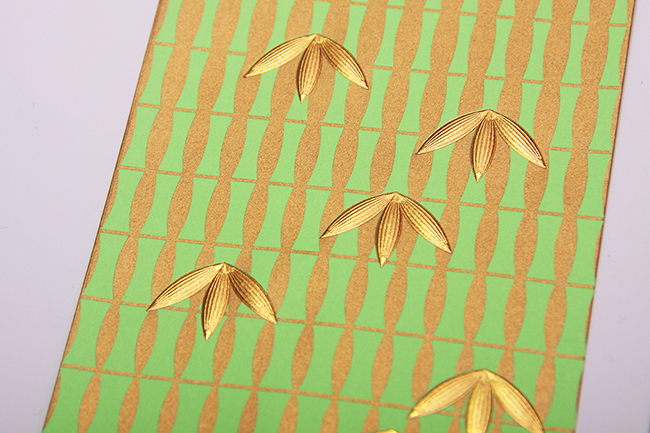 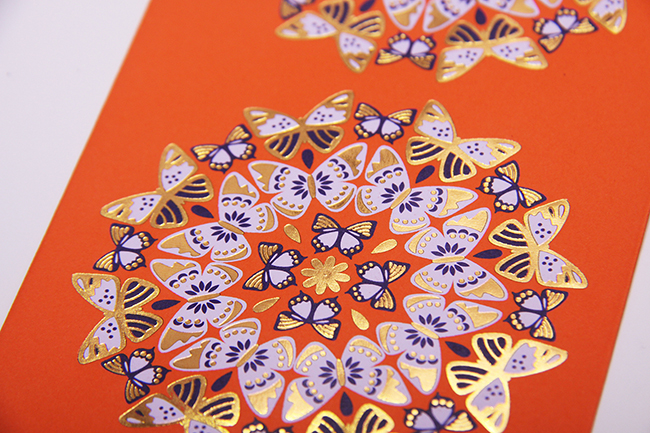 To date, Lo and his team have produced over 100 red packets. “According to our printer we have tried almost every production technique: printing, embossing, 3D embossing, debossing, different kinds of UV printing, different kinds of hot stamping, silkscreening, and I think more than that. We work closely with our printer and with paper companies to push the limits of the papers and the production,” said Lo. 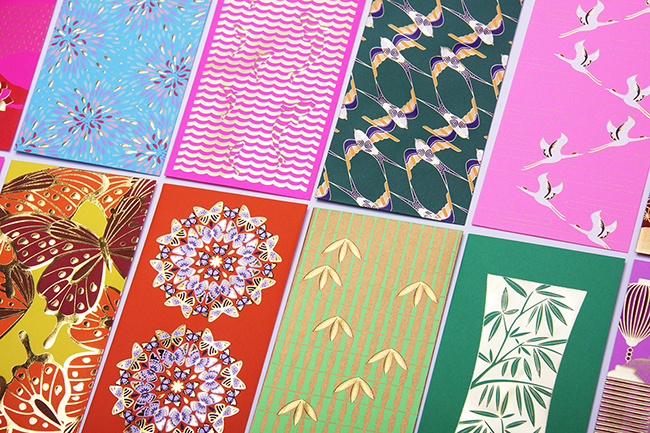 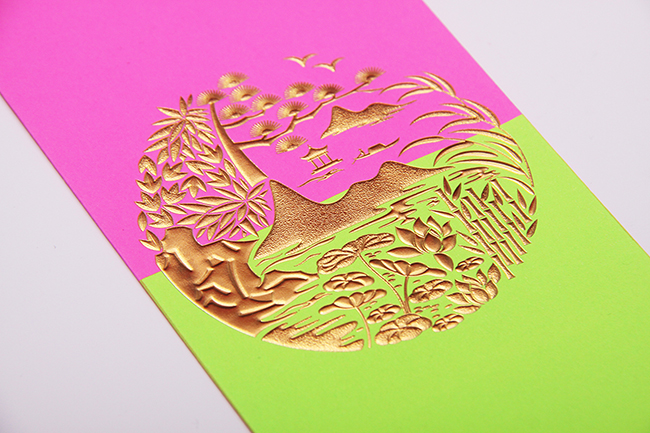 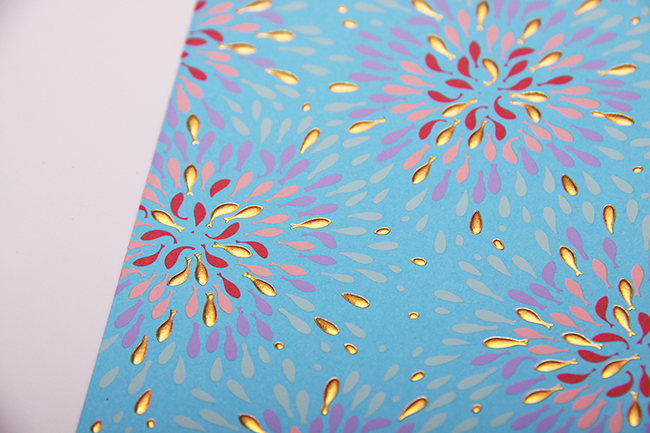 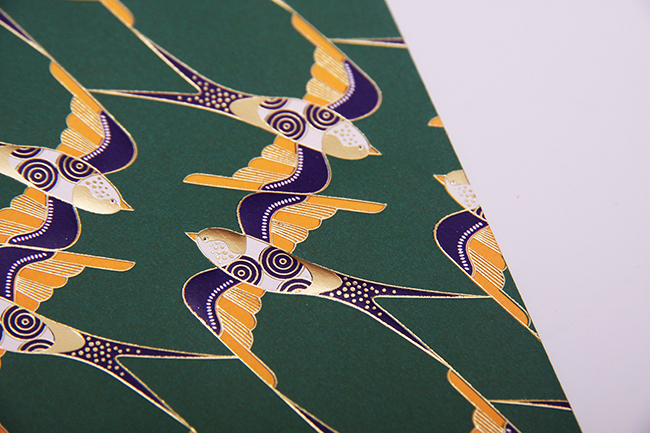 Lo considers the annual Red Packet collections a way to maintain Chinese detailed craftsmanship in a contemporary way, “I think the red packets can become an art collection every year, and this was my motivation. If I can do something inspiring, and show the potential of how a historical item can be honored yet transformed with contemporary design, that makes me happy.” 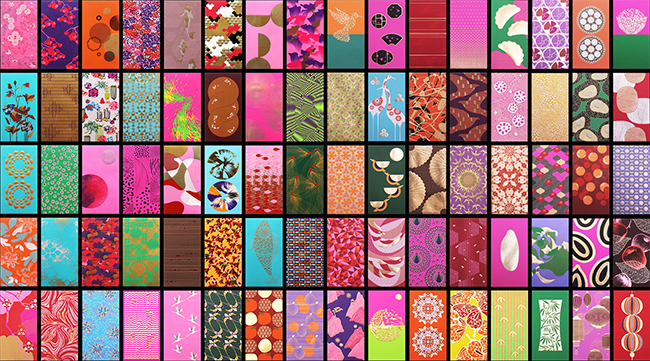 You can see more of the ASTROBRIGHTS Red Packets series, along with other work by Blow on Behance.