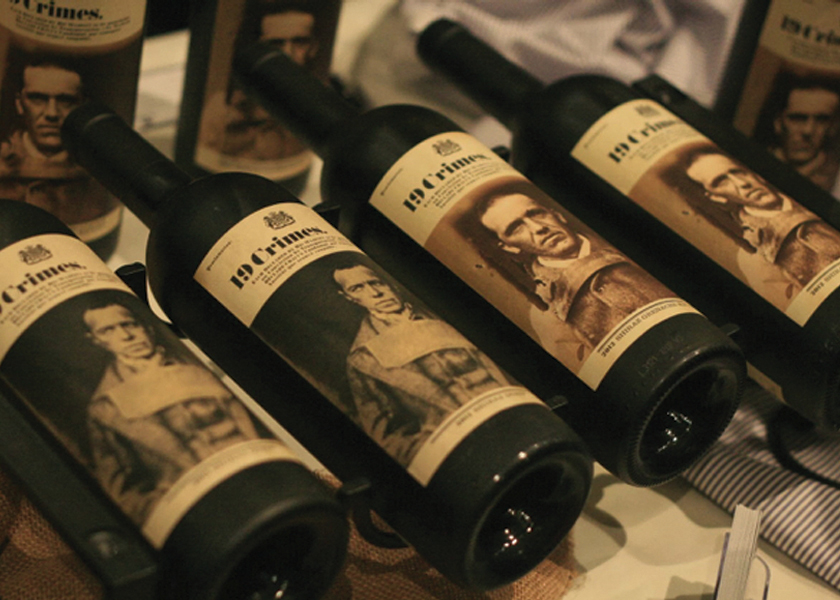 Guest Blogpost by Christopher Hayes. Hayes is the Principal and Creative Director of Forthright Strategic Design, a San Francisco branding and design firm that specializes in creating innovation brands for the wine and spirits industry.

As consumers have become ever more accepting of non-heritage wine brands, wine producers are looking to increasingly rich and imaginative narratives to base their brands. Often, these narratives have nothing at all to do with the wine itself. Rather, they appropriate a piece of colorful history or universal experience to base their brand’s DNA. The resulting brands connect with customers and are moving a whole lot of wine.

THE STORY
Treasury Wines Estates’ 19 Crimes brand bases it story on the original offenses that back in the 1800’s could get you deported England to the then new Penal Colony of Australia. “Impersonating an Egyptian”, “Stealing a shroud from a grave” and “Clandestine Marriage” could have all been a one-way ticket to down under in what was cleverly named “Punishment by Transportation.”

WINNING TOUCHPOINT #1 : THE LABEL (Pictured Top)
Whomever the creative team was who sold the idea of putting actual historical mugshots on a wine label deserves a round of applause. Photography alone on a wine label is somewhat unusual, much less a gritty mugshot. When scanning the shelf, the stopping power of 19 Crimes label is undeniable. The faces of the convicts on the labels almost beckon shoppers “to release” them from the shelf.

WINNING TOUCHPOINT #2: THE SHORT FILM
The three and a half minute web video “To the Banished” is a dramatic recreation of poet John O’Reilly’s and his fellow prisoners banishment upon the convict ship Bouhoumont. The camera follows O’Reilly under deck with his fellow prisoners break out bread, cheese and a finally a bottle wine that they share amongst each other.

In the Name of the Father: Josh Cellars

THE STORY
Wine negociant Joseph Carr created the Josh Cellars brand as a tribute to his father, Joseph Carr senior whose nickname was “Josh.” Carr’s father served in the US Army, worked as a volunteer fireman and enjoyed tinkering on cars in his spare time. The case shipper reads “brash and unpretentious–just like my father. 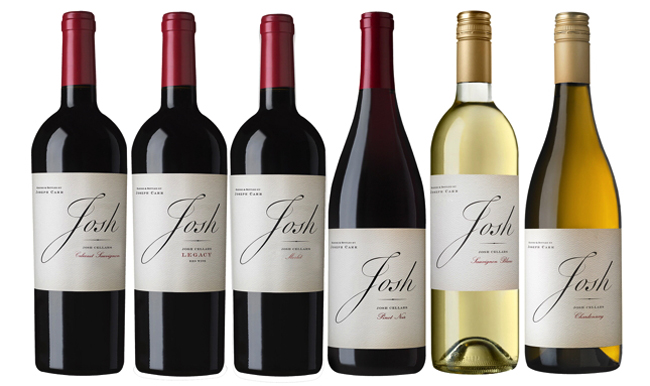 WINNING TOUCHPOINT #1: THE LABEL
The simple and austere label features the name “Josh” in a beautifully handwritten script, which was written by the Founder’s mother and Josh’s wife. The label stock resembles an antique parchment, which gives it a historically authentic feel. This premium-looking label juxtaposed with the exceedingly casual nickname “Josh” hints at a high-quality wine that doesn’t take itself too seriously.

WINNING TOUCHPOINT #2: THE VIDEO SHORT
In Josh’s 30 second video spot “Pursue My Dream”, Joseph Carr provides the narration which he delivers in a calm and reassuring tone: “Like Dad–Josh is big, unforgettable and a pleasure to gather around. I love to think of Josh as wine that everyone would want share with their own dad.” The narration is set to animated wine drops that spread out to reveal historical snapshots of Josh, his vintage cars and silhouettes of figures enjoying wine at a party. The relaxed pace of both the narration and animation artfully convey the feeling of heartfelt appreciation for Carr’s father and the wine itself.

THE IMPORTANCE OF CHARACTER

Building a successful wine brand from scratch is no easy task. A trip down the wine aisle reveals every conceivable attempt to attract consumers. Some brands rely solely on a catchy name or eye-catching label, but as seen in the examples above, the focus on an authentic narrative allows brands to emotionally connect with consumers and stand sweepingly apart from the competition. After all, aren’t the best stories the ones where we can imagine ourselves inside them? What if your brand was like a favorite novel or movie people would look forward visiting time and time again? Indeed, it’s a place where many brands would like to imagine themselves.