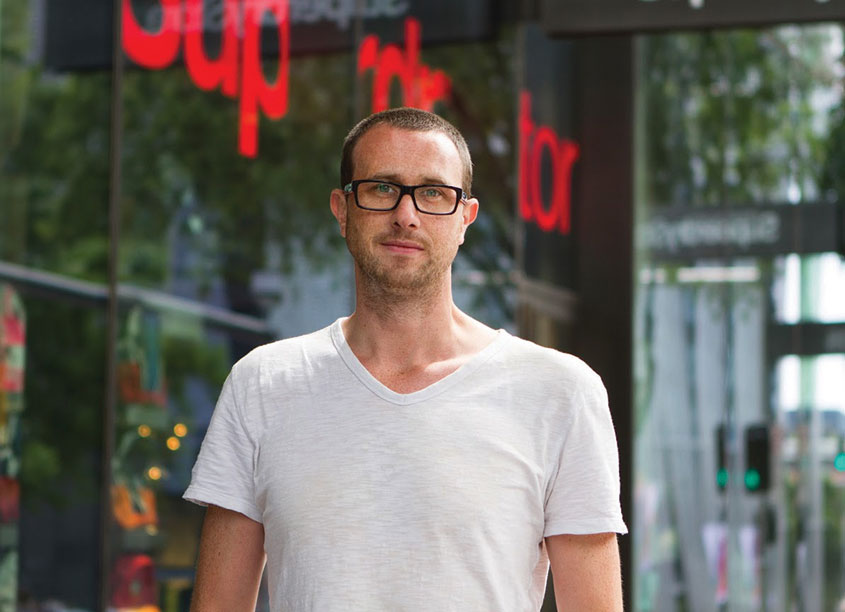 Originally from Manchester, England, Chris Maclean is creative director for Wolff Olins NYC and has been a practicing designer for over 16 years. Prior to coming the USA, Chris spent ten years in Sydney, Australia as creative director for brand consultancy Re, and executive creative director for Interbrand. More recently he was creative director for Gretel in New York. For Chris, branding means influence – the power to make things better, to inspire populations, to change minds, and on occasion, change the world. His work has helped transform many iconic Australian brands including Sydney Opera House, multiple arts brands and both of Australia’s largest telcos. In America he has worked with Apple, Nike, Spotify and led redesigns for Slate and Paramount Network. Chris has been recognized by some of the most prestigious awards bodies including D&AD, Cannes, Clio, GDUSA and Type Directors Club.

WHERE WERE YOU BORN AND WHERE DO YOU LIVE NOW?
I was born in England, and spent ten years living in Australia. Now I live in New York City.

DID YOU GO TO DESIGN SCHOOL?
University of Northumbria at Newcastle

MORNING PERSON OR NIGHT OWL?
Definitely a night owl. Mornings are no friend of mine.

FICTIONAL OR HISTORICAL CHARACTER YOU IDENTIFY WITH?
Gollum, we have a similar build.

ARE YOU MUSICAL AND/OR PLAY AN INSTRUMENT?
I used to play the bass for a few years in a rock band. Now I can string a few chords together on my acoustic guitar.

FAVORITE BOOK?
Why Does E=mc2? (And Why Should We Care?). I’m a science nerd.

FAVORITE SOCIAL MEDIA PLATFORM?
I’m all about Instagram nowadays as an outlet for my photography.

FAVORITE CHARITY OR CAUSE?
Alzheimer’s Australia because I worked so closely with them to create their brand.

COLLECT ANYTHING?
Coke cans from around the world. Full, of course.

WHICH AREA OF GRAPHIC DESIGN IS GROWING THE MOST?
In our world of branding it’s motion design. The boundaries between advertising are getting more and more blurred as we create film and animation for brand, ensuring that a brand is a living breathing entity that makes people feel something, rather than an identity toolkit. Motion is a great tool for emotion and getting under people’s skin.

DESIGN MENTOR/INSPIRATION/HERO?
Elon Musk, for his approach to problem solving.

GREATEST STRENGTH/WEAKNESS AS A DESIGNER?
Strength: Distilling something complicated into something simple. Weakness: I used to be able to draw like a photograph, but now I can’t pull off a half decent stick man.

ADVICE TO A YOUNG DESIGNER JUST STARTING OUT?
Find a mentor who will teach you your craft. Believe in yourself always. Don’t try to specialize too early in your career.

IF YOU WERE NOT A DESIGNER, WHAT WOULD YOU BE?
Either a photographer or a filmmaker, my other guilty passions. My dream of being an astronaut disappeared when I became 6’6.