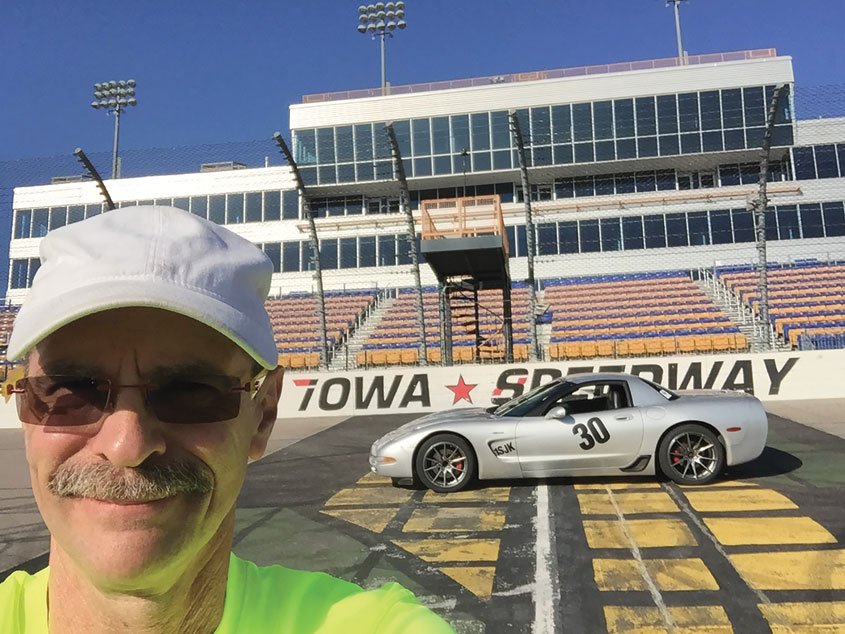 Max Allers is creative director at Max Marketing Communications. He received his BFA in fine art at MCAD and worked in film animation and computer animation before founding his company. Max’s expertise in the art of design flows into his prowess in marketing and brand strategy. His creative approach to the digital side of marketing sets Max apart, and he has won awards in print, advertising and web development. His ability to deliver award-winning creative — sometimes on clients’ impossible deadlines — has earned him a national following. He is also an accomplished fine artist and successful at his leisure pursuits. He won the 2009 World Bar Stool Racing Championship and appeared in a tv documentary about that race. In a 39-year (so far) racing career on two and four wheels, he earned a second place in the 24 Hours of Nelson Ledges on a GP motorcycle, and has won numerous regional titles in his current pursuit: racing Corvettes. Max enjoys competition and winning, and this “no holds barred” approach to marketing has yielded winning results for his clients.

THE FUTURE OF THE GRAPHIC DESIGN BUSINESS?
The same as it has always been: to filter to the top. It is about the client’s connection to their market, and it’s up to us to translate that into an inspired visual approach that combines the art and science of our craft. Embrace digital and don’t get caught up in it, as it is merely the medium, not the message.

WHERE WERE YOU BORN AND WHERE DO YOU LIVE NOW?
Minneapolis MN across the river from St Paul / St. Paul MN

FAVORITE PODCAST?
No favs, but I like the medium.

FAVORITE CAUSE/CHARITY?
My nephew was in the Peace Corp in Sierra Leone. He started a charity: www.thedandabuproject.org

IF YOU WERE NOT A DESIGNER?
A professional racing driver