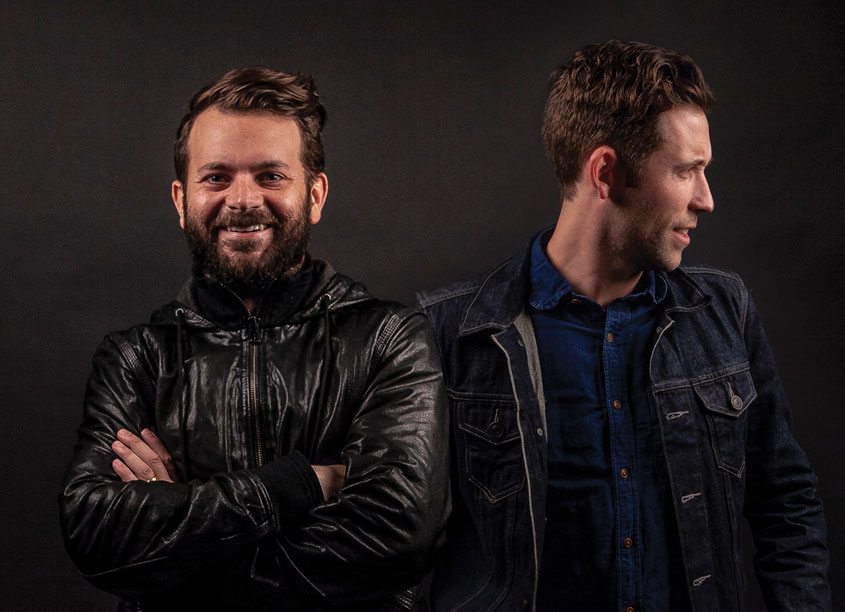 Sharing the same name and studio space since 2006, Will Johnson and William Campbell — collectively known as the Wills — are a directing duo based in LA. They formally joined forces in 2010 to open Gentleman Scholar, a creative production company that specializes in making compelling content with a design-driven narrative. Their mantra: in order to do great work surround yourself with great people. By collaborating with a talented team of inhouse creative directors, art directors, designers, animators and producers, the Wills have been able to establish a workflow that is both versatile and dynamic. They continue to push the envelope by combining their divide-and-conquer mentality with enthusiasm and energy — something that seeps into all content created at the studio. The firm has won many accolades, including a Cannes Lion, Gold and Silver One Show Pencils, and Gold and Silver Clios. The Wills have received AICP honors for Playstation PS3 Universe, Sprint’s Now Network and Bleacher Report’s Sports Alphabet. Their client base includes recent collaborations with brands such as AT&T, Acura, Cisco, Coca Cola, Facebook, Google, Oreo, REI, Pandora, Samsung, Target, Timberland and Verizon, among others.

THE FUTURE OF THE GRAPHIC DESIGN BUSINESS?
WJ: The audience is getting smarter, so narratives and visuals need to be more clever and engage more quickly. We have an opportunity to be artful in the way we communicate with the younger generation, and they appreciate quality. The challenge is to read the stats and analytics, but not to rely on them to connect on a human level.

WC: This is the first year that more of our work was for a phone rather than a tv. Graphic design has always been the quickest way to communicate an idea or a feeling. So on small screens, quick gets and impactful visuals are more important than ever.

DID YOU GO TO DESIGN SCHOOL?
WJ: SCAD
WC: Same. That’s where we first worked together

FAVORITE BOOK?
WJ: The Road
WC: The Sirens of Titan

FAVORITE MOVIE?
WJ: Stand By Me
WC: The Big Lebowski

IF YOU WERE NOT A DESIGNER?
WJ: Architecture
WC: Music producer