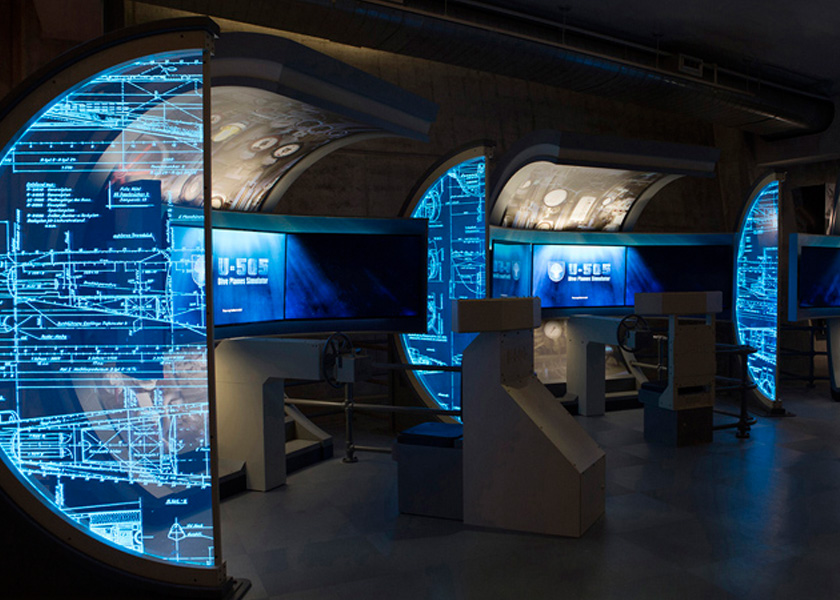 It’s been 72 years since Germany’s deadly U-505 submarine was captured off the coast of Africa by the U.S. Navy, and 62 years since the vessel was donated to the Museum of Science and Industry, Chicago (MSI) to serve as a museum centerpiece. Always one of MSI’s most popular attractions, a brand new feature is now allowing visitors to experience U-505’s extraordinary history as never before.

Thanks to the creative partnership between Luci Creative and Leviathan, the dramatic exhibit documenting the World War II Allied forces’ capture and top-secret handling of U-505 has added powerful impact with the recent unveiling of three interactive Dive Trainer stations. In each station, visitors first receive training on the U-boat’s unique physical controls, along with information on the dangers that drivers or “planesmen” had to face in avoiding capture or destruction, like evading torpedoes, depth charges, and catastrophic water pressure. Next, visitors are catapulted into a thrilling mission where the fates of ship and crew are placed solely in their hands. 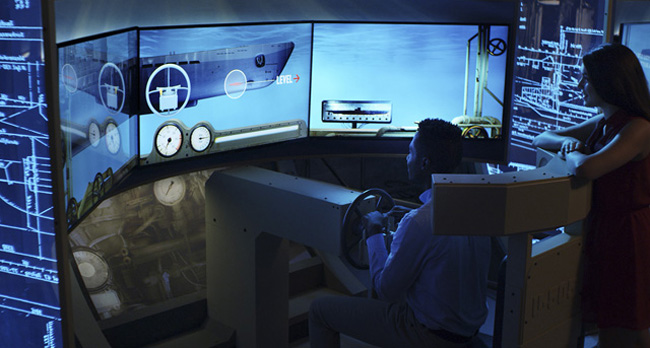 “Following on our creative collaborations with Luci Creative and past work for MSI, this was an opportunity to create a hands-on experience that would allow visitors of all ages to actually interact with history,” says Jason White, Leviathan’s executive creative director. “This immersive physical and emotional experience is engaging visitors with the U-505 in new ways … ultimately providing them with very powerful insights into the fascinating stories this legendary exhibit brings to life.” 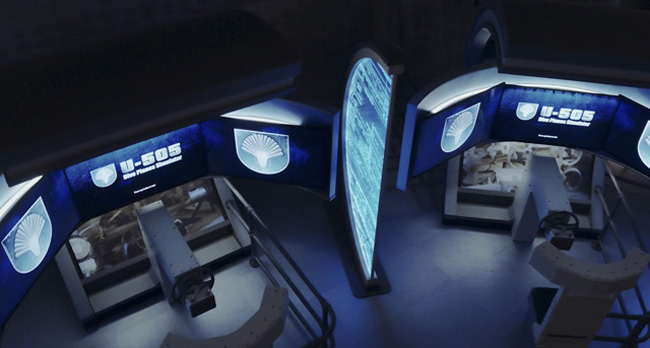 For this project, MSI developed the concept and script for the exhibit. From there, Luci Creative was engaged to manage the project through completion, including exhibit, environmental and graphic design. With Leviathan brought onboard to create the videogame-based simulation, design the interface and develop the software, Luci also enlisted Ravenswood Studio for facets including control system engineering and design, prototyping, testing, and fabrication. 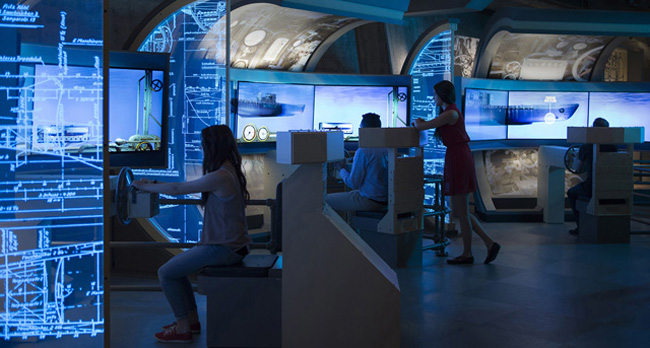 For Leviathan, one major decision was choosing Epic Games’ Unreal Engine 4 to create and master the game’s cinematic subject matter. According to president and executive producer Chad Hutson, this unique application of a sophisticated game engine behind many popular video games was an easy choice that proved highly beneficial. “Leviathan has very high standards when it comes to visual content and interactive experiences, and based on Unreal’s pedigree, we knew it would deliver that visual quality in the real-time environment of the new Dive Trainer simulation,” he said.

Technically speaking,” said interactive director Austin Mayer, “Unreal’s built-in lighting, shading and cinematic systems allowed us to seamlessly integrate our existing Maya CG pipeline and pre-vis workflows. We also made heavy use of its Blueprint system and extended C++ classes in the custom physical control setup and station networking. Through each phase of development, it was exciting to get artists with no previous software programming background involved in elements like lighting, texturing and Matinee to bring our signature level of design polish to the project.”

Creative director Kyle Shoup provided more insights into the group’s design objectives for the game experience. “Our creative team needed to carefully choreograph the mission to quickly – but thoroughly – train visitors, allow their anticipation to build before attacks begin, and allow them to attempt to escape destruction, all without feeling rushed or cheated along the way,” he said.