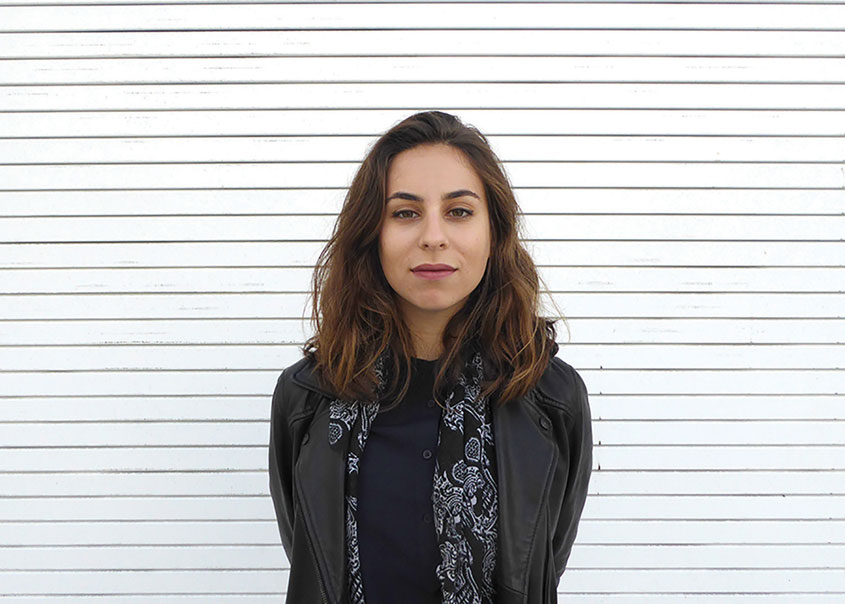 Dana Baddad grew up in a household where three languages were spoken, so the visual became her first language. Having lived in Jordan, China, and California, she developed a curiosity for understanding society through complex and interconnected systems. She is also a fly on the wall at all sorts of techno scenes, occasionally writing bad poetry, and always dreaming of utopias. Her design work is research-driven, striving to reveal political and ethnographic possibilities. Dana is completing a BFA in Graphic Design at California College of the Arts.

WHERE WERE YOU BORN AND WHERE DO YOU LIVE NOW?
I was born in Moscow. I live in Oakland right now.

LEFTY OR RIGHTY?
Dynamically bouncing from one to the other.

MORNING PERSON OR NIGHT OWL?
I used to be a night owl, but I’m transitioning into a morning person. But I can get so involved in what I’m doing that morning and night are no longer separate times of day.

FICTIONAL OR HISTORICAL CHARACTER YOU’VE ALWAYS IDENTIFIED WITH?
Neo from the Matrix

ARE YOU MUSICAL AND/OR DO YOU PLAY AN INSTRUMENT?
If synths count then yeah.

LAST BOOK YOU READ?
The Technological Singularity by Murray Shanahan

WHAT LANGUAGES ARE YOU FLUENT IN?
Arabic, Russian and English

FAVORITE MOVIE?
Hard to boil it down to one. But OK. Under The Skin

LAST COMPLIMENT YOU GOT?
I was told I’m diligent.

DO YOU COLLECT ANYTHING?
Magazines like Adbusters, Bloomberg Businessweek and design publications.

COLOR USED MOST OFTEN IN YOUR DESIGN?
Shades of 3 primary colors: blue, red and yellow.

TYPEFACE USED MOST OFTEN?
Mono-spaced typefaces. Two years ago I only designed in Consolas. But my taste in type drastically transformed over the past year.

GREATEST STRENGTH/WEAKNESS AS A DESIGNER?
I have a knack and crave for complexity, but concisely articulating ideas is my toughest challenge.

IF YOU WERE NOT A DESIGNER, WHAT WOULD YOU BE?
A dancer. I wish I used my body as much as I used my brain. Or a movie director had the industry been more affordable.

A MANTRA OR SAYING YOU LIVE BY?
Create the future you want to live in.