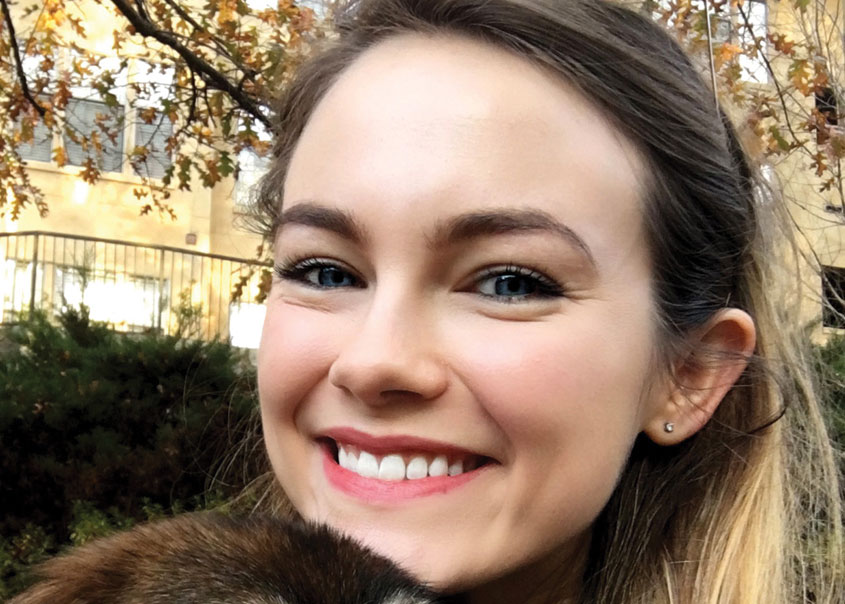 After twenty years of school, Jenny is thrilled to graduate in June with her MFA in Graphic Design from SCAD Atlanta. Until then, she will be working on her thesis, which examines the creative process and how designers find inspiration. In 2011, Jenny earned her BA in Creative Advertising from Southern Methodist University and worked as an Art Director for several years afterwards. She has won multiple ADDYs, a gold Obie, and has been featured in CA and Graphis. After graduation, Jenny will begin working as a UX designer at IBM Design Studio in Austin TX. Jenny enjoys traveling, explaining to people why her jokes are funny, and cuddle sessions with her dog.

WHERE WERE YOU BORN AND WHERE DO YOU LIVE NOW?
I was born in Atlanta, currently live there, and will move to Austin after graduation.

MORNING PERSON OR NIGHT OWL?
More of a 2 p.m. person

ARE YOU MUSICAL AND/OR DO YOU PLAY AN INSTRUMENT?
I played the drums growing up and percussion in middle school.

ANY PETS?
I have a dog named Koda.

WHAT LANGUAGES ARE YOU FLUENT IN?
English (when I’m not sleep deprived) and Spanish

LAST COMPLIMENT YOU GOT?
You give really good advice.

DO YOU COLLECT ANYTHING?
When I was a kid, I used to collect spoons. Now, I try to collect money.

COLOR USED MOST OFTEN IN YOUR DESIGN?
Cornflower blue

GREATEST STRENGTH/WEAKNESS AS A DESIGNER?
Strength is connecting with people and designing for accessibility. Weakness is that it is hard for me to stop working on something because I want to make it better.

IF YOU WERE NOT A DESIGNER, WHAT WOULD YOU BE?
I’d run an animal shelter.

A MANTRA OR SAYING YOU LIVE BY?
Never stop learning.