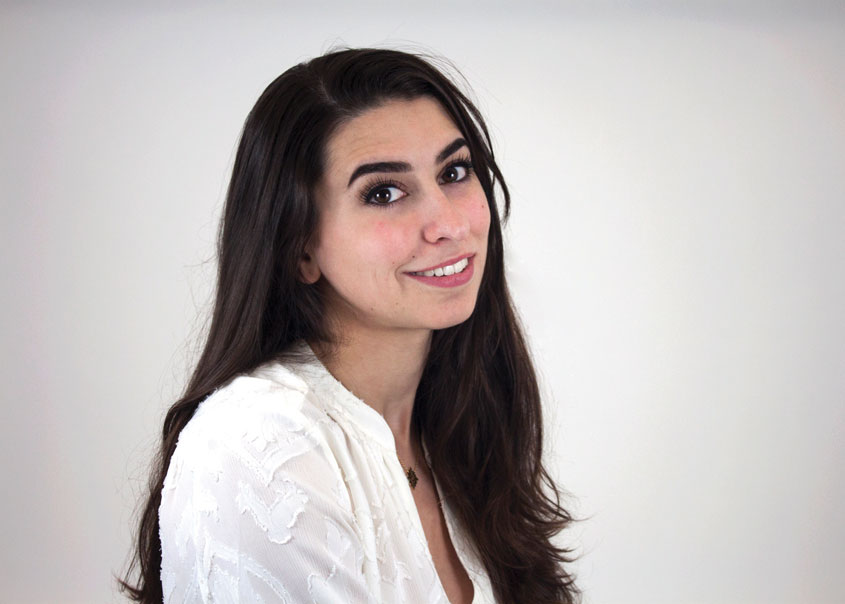 Marianne Issa El-Khoury is a senior and will graduate with a BS in graphic design and a minor in art history. Originally from Paris and of Lebanese descent, Marianne moved often during her formative years. This has influenced her design style, and is a source for ideas and inspiration. She hopes to break down barriers through strong design and thanks to her multicultural background. A strong proponent of conceptually driven design, Marianne believes in the importance of research, and her knowledge of art history. She worked as an interactive designer at BOCO Digital Media, LLC., for her six-month co-op, where she developed designs for websites, apps, and signage systems. When she is not in front of a computer monitor, you will find Marianne searching for the best wings in Philadelphia, or cycling through the city.

WHERE WERE YOU BORN AND WHERE DO YOU LIVE NOW?
Paris (France), but lived in London, Dubai and now Philadelphia

MORNING PERSON OR NIGHT OWL?
A night owl holding a cup of coffee

ARE YOU MUSICAL AND/OR DO YOU PLAY AN INSTRUMENT?
My parents blessed me with the gift of tone deafness

LAST BOOK YOU READ?
To Selena, With Love by Chris Pérez

ANY PETS?
A black cat

WHAT LANGUAGES ARE YOU FLUENT IN?
French, English, and a hint of Arabic and Spanish

LAST COMPLIMENT YOU GOT?
“You don’t look like you pulled an all-nighter”

DO YOU COLLECT ANYTHING?
Well-designed business cards and typefaces

COLOR USED MOST OFTEN IN YOUR DESIGN?
Red… so much red.

TYPEFACE USED MOST OFTEN?
Whatever is best for the project.

GREATEST STRENGTH/WEAKNESS AS A DESIGNER?
Strength is being meticulous/detail oriented. Weakness is never knowing when to stop working on a project

IF YOU WERE NOT A DESIGNER, WHAT WOULD YOU BE?
A diplomat or museum curator

A MANTRA OR SAYING YOU LIVE BY?
Rome wasn’t built in a day