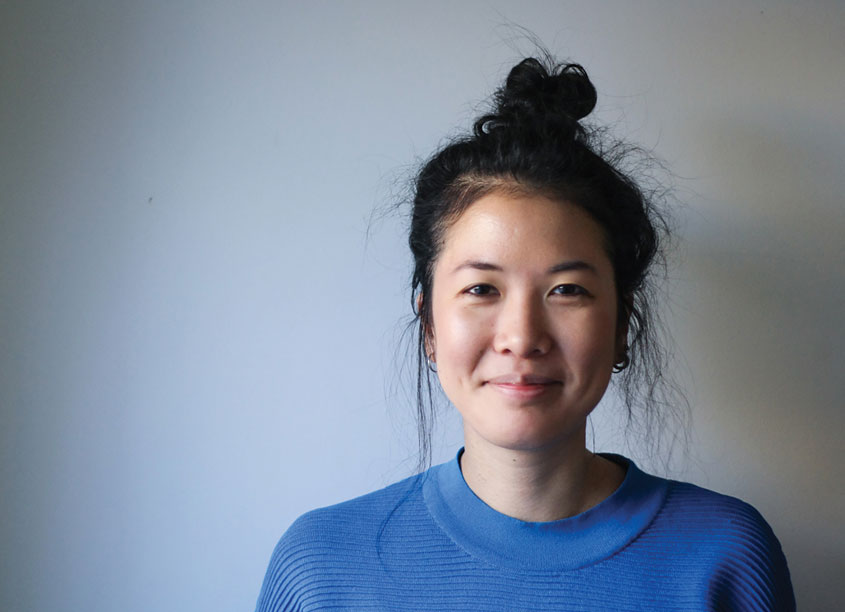 Marie is currently an MFA candidate at the Rhode Island School of Design. Originally from Japan, she moved to the States in middle school. Her BA was at the University of Chicago in Interdisciplinary Studies with a minor in French. She eventually realized graphic design could be a way to continue cross-disciplinary dialogue and work around everything she likes. From drawing letterforms to teaching web design, she engages in graphic design as a wide-ranging practice. Prior to RISD, Marie worked at a sustainability non-profit as a designer/developer. She has interned in New York and the Bay since then, and spent the past summer in Europe as a RISD Maharam fellow.

WHERE WERE YOU BORN AND WHERE DO YOU LIVE NOW?
Born in London UK and currently in Providence RI

MORNING PERSON OR NIGHT OWL?
Super late night owl, you might even call it morning

FICTIONAL OR HISTORICAL CHARACTER YOU IDENTIFY WITH?
Fictional: I’ve dressed up as Edward Scissorhands for Halloween, Historical: László Moholy-Nagy

FAVORITE TV SHOW TO BINGE WATCH?
Biggie, Bach, and everything in between

IF YOU WERE NOT A DESIGNER…?
Cook

A MANTRA OR SAYING YOU LIVE BY?
Grandma’s go-to – mottainai
STWP: 48