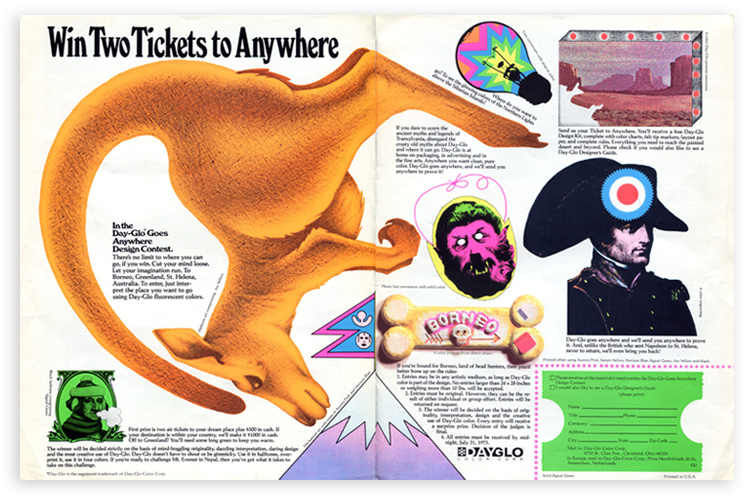 In May of 1973 this ad ran for the “Day-Glo Goes Anywhere Contest” which offered the winner Two Tickets to Anywhere!

Here’s how it worked:

Send Day-Glo your “Ticket to Anywhere” (green ticket bottom right) and “You’ll receive a free Day-Glo Design Kit, complete with color charts, felt tip markers, layout paper, and complete rules . . . Entries may be in any artistic medium, as long as Day-Glo color is part of the design.”

If you win, there’s no limit to where you can go. “Let your imagination run . . . to Borneo, Greenland, St. Helena, Australia. To enter, just interpret the place you want to go using Day-Glo colors.”

All I can say is awesome!  But here’s the best part (at least for me). In the Jan/Feb 1974 issue the winner of the contest was announced and guess where he went . . .  VEGAS! Bob Volk, a designer at Lipson-Jacob & Associates in Cincinnati picked Vegas of all the places in the world.  It may be due to the fact that first prize included 1,000 cash if you stayed within your country. Either way, you have to love the 70s and it’s a pretty groovy deal any way you look at it! 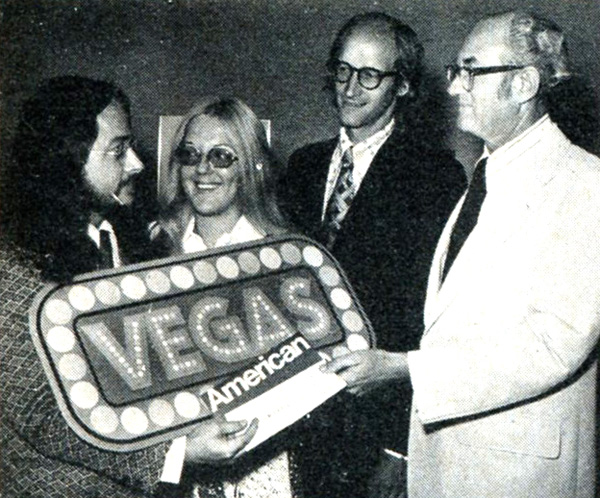