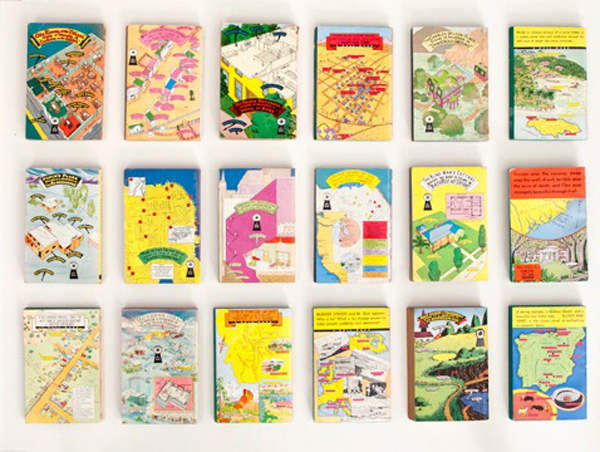 Creative Director Matt Checkowski is known for such innovative projects as digital content for an opera, the first ever pop-up museum for scent and co-creating the dream sequences in Steven Spielberg’s Minority Report. His company, The D4D, in downtown Los Angeles, is a hub of creativity and a place that inspires ideas with a playful, design centric environment. Like many design enthusiasts, he’s also a collector. 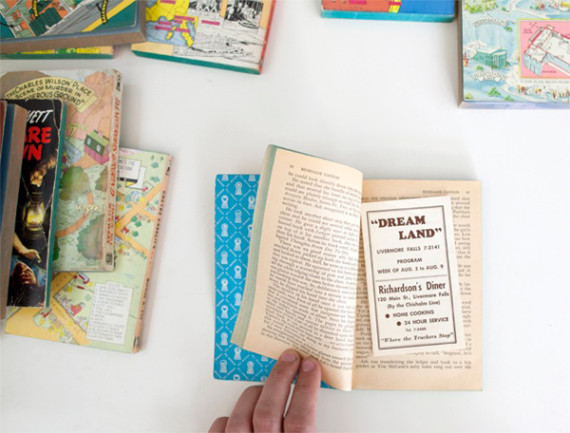 Over the years he’s amassed a large collection of Dell Mapback books. Starting in 1943 and lasting for nearly a decade, Dell published Mapbacks — mostly crime & mysteries— with beautiful covers, a signature eye in keyhole logo, amazing typography on the cover and spine and, as the name suggests, back covers with illustrated maps of the story and crime scenes.

According to Checkowski: “They kind of took the ‘don’t judge a book by its cover’ saying and attacked it head-on with great design that shapes the entire world of the story. The amazing front cover illustration establishes the themes, the back cover establishes the world and core action, the first page launches you into the story with a teaser that sets the stage, and the second page lays out the key characters that will ultimately carry us through the story. It’s like an onion peel of teases for a busy and discerning audience; each layer pulls you into the story and literally into the pages of the book.”

Click here to learn more about Matt Checkowski and The D4D.