Despite its forward-thinking reputation, advertising agencies are surprisingly unprogressive when it comes to gender diversity: only 3% of creative directors are women.

The 3% Conference, founded by advertising executive Kat Gordon, builds the business case for more female creative leadership in advertising. Launched in September of 2012, the conference has since exploded into a movement that promotes a “sense of community” through multi-city road shows, an involved online community, a student scholarship fund, creative awards and a business blog. It brings together some of the best minds in advertising, gender research and human resources for a long-overdue conversation about why advertising remains a boy’s club in a woman’s world. 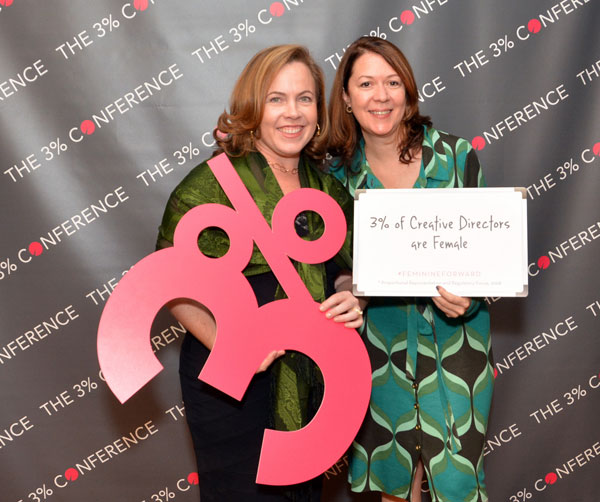 Conference attendees include men and women who are agency owners, creative directors, creative recruiters, enlightened clients, junior agency creatives and industry watchers. In mid-October a large group gathered together at the InterContinental Hotel in San Francisco, united by a desire to better connect with an overwhelmingly female marketplace. Most notable were how many men were in the audience, on the stage, and behind the dozen agencies sponsoring the event.

Men who lent their voices and support to the cause include Guy Kawasaki, Former Chief Evangelist at Apple, Rob Schwartz, Global Creative President at TBWA, Mullen Co-Founder, Edward Boches, Executive Director of the Art Director’s Club, Ignacio Oreamuno, Jerry McGee, EVP of the 4A’s, Kevin Burke, CMO of VISA, and many others.

When seating himself on the CMO Roundtable panel, Kevin Burke of VISA looked around and saw that he was the only male. “This is how a board should look,” he declared, “I should be the diversity candidate.” 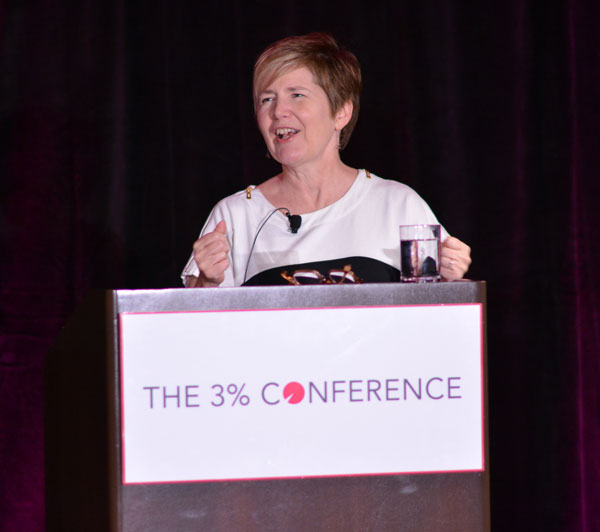 Keynote speaker Cindy Gallop personally addressed the men in the audience, saying: “Bloody well done! You’re on the inside track to the future.”

PJ Pereira, co-founder of Pereira & O’Dell, advised the working mothers in the audience to let go of their guilt. He recounted how his mother, the chief breadwinner in his family, asked him recently if she should have been around more. He replied that her absence wasn’t an issue – he was just proud to have such “a rock-star mom.”

“To me, the 3% problem is an idea problem, which makes it all of our problem,” states Will Burns, CEO of Ideasicle and a Forbes Contributor. “If you truly want the work you are creating to be better, then adding women to the mix will add a new dimension to the work you are supervising. It’s in your interest, men.”

The conference bestowed “Three Cheers” awards to those who did something notable in the past year to create more opportunity for women. Conference founder, Kat Gordon, was delighted to receive as many nominations for men as women. 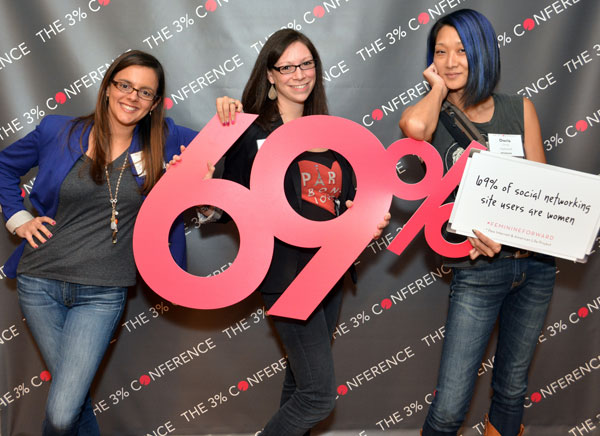 “The tides have turned,” she says. “Agencies understand that more female creative leadership is smart business. Marketing in the U.S. tops $33 billion annually and women influence 80% of purchases yet report overwhelming dissatisfaction with the ways they are marketed to. Men, as well as women, are more dedicated than ever to fix it.”