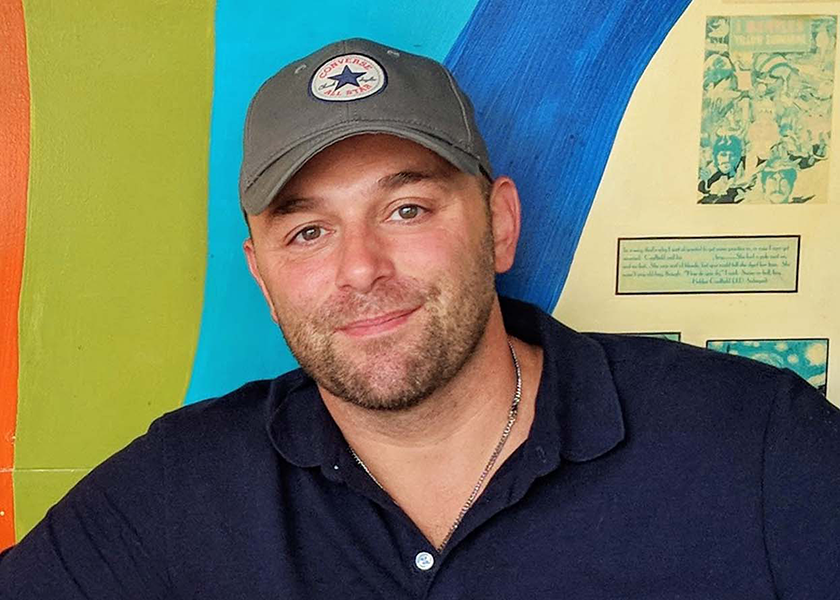 By DJ Haddad, Founder and Creative Director of  Haddad & Partners and 321 Ignition

“Yeah, but you aren’t going to make any money as an artist.”

How many times have designers of all disciplines heard that phrase, or a variation of it, from parents, grandparents, or even our high school guidance counselors who should have known better? For the first 14 years of my life, my mother had me convinced that I wanted to be an investment banker for the sole reason that I had a successful uncle who did just that. In retrospect, and for anyone who knows me (particularly my bookkeeper) this is hilarious. I could never wear a suit to work, basic math puts me into a mini panic attack, and at the age of 44 I still couldn’t tell you what an investment banker does, despite being friends with at least three of them (I can’t even type out the job title without my eyes glossing over, let alone listen to one of my friends describe it). I’m sure many of you have gone through the same experience. But, if you are reading this publication, you already know the thing that most parents, grandparents, and guidance counselors don’t tell you about, because they don’t know themselves: There is a whole world of high-paying careers that exist for the creatively inclined.

So, What’s The Summer Studio?

However well-intentioned, these words of dissuasion that ring down upon easily influenced high school kids have always reserved a special place in the back of my brain, and ultimately inspired me to launch our first session of Summer Studio: Discovering Graphic Design. Two weeks ago, we held our graduation ceremony, the culmination of a four-week summer class aimed at teaching 10 high school kids the foundations of graphic design. Each Tuesday and Thursday these 10 kids from Bridgeport, CT commuted to nearby Sacred Heart University to learn the basics of Illustrator, Photoshop, and Animator from four different instructors as well as guest speakers who are actively working in the industry. Our agency provided them with a Microsoft Surface Pro which they got to keep when the program was over, and a year-long Adobe Creative Cloud subscription that they will hopefully use to sharpen their skills and build a portfolio which they can use to apply to art school, if they still desire to do so. 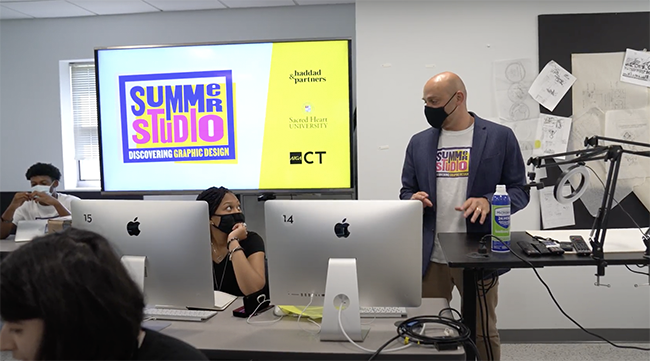 Like most of you probably, I was one of the “art room kids” back in high school. I spent most of my spare time there either drawing, painting, messing up all my clothes from charcoal, all while having zero idea what I would eventually do with this skill (nor did I much care at that point either, but my parents sure did). Fortunately, my mother was an art teacher and she pushed me to apply to art school trusting that I would eventually figure out my path. (Looking back, this was less a result of some inherent maternal support, so much as it was the stark realization that I definitely wasn’t going to do anything involving math; her hopes for a Wall Street magnate son were painfully delusional.) I floundered for a bit during/after college as to whether I wanted to be an animator or an illustrator but I knew I was in the right field, and ultimately landed where I was meant to be: graphic design.

But here is the thing that occurred to me later in life: I had an artist in the family, my school had a well-funded art program and a full-time guidance counselor, I wasn’t wealthy by any means but I was securely middle class, and, let’s face it, I am white. I had all of that going for me yet, my road to a creative field was still indirect and choppy. Now, just imagine what that road must look like for an inner-city student of color without access to those same advantages; no wonder only 3% of working graphic designers are Black, or 8% Latino. So, if I can smooth that road out for a few kids, or even just reveal to their parents that that road exists, then that would be an amazing accomplishment and I can think of no better way to pay my good luck forward.

Was It A Success?

Being a pilot program and all, we still have a lot of data to go through, i.e., surveys from the kids, reports from the instructors and TAs, expenses to categorize, as well as a few scheduled postmortem calls on the calendar. However, all of the data collection and surveys aside, it took just one conversation with one student’s dad on graduation night to tell me the program was a success. This dad pulled me aside, shook my hand profusely and literally told me that this had changed his daughter’s life. I thought it would take years of following up with students to see if we indirectly made some small difference. The last thing I expected was someone to straight up tell us that we changed a student’s trajectory on our very first graduation. He continued to tell me how he’d been pushing his daughter towards a degree in business because they had relatives that were very successful in that industry (sound familiar?). He knew his daughter loved to draw, but not being artistically inclined himself, had no way of recognizing just how talented she was. Plus, even if he could appreciate her skills, how do you turn talent into a career, or at least one that pays? I should mention that all the kids were amazing (each student had to be referred by their art teacher), but this girl in particular was exceptional. I noticed her notebook sketches on the first day and they were quite impressive. At the graduation ceremony, each student introduced themselves to the full group and then presented the portfolio they had built over the four-week session. When they were done, I felt compelled to give an ad hoc speech letting the parents know that what they just saw was not normal. I explained to them that I attended four years of art school and have seen college juniors who couldn’t stand up and present to a group as confidentially as their kids just had. I know for a fact that I couldn’t have done it at their age. 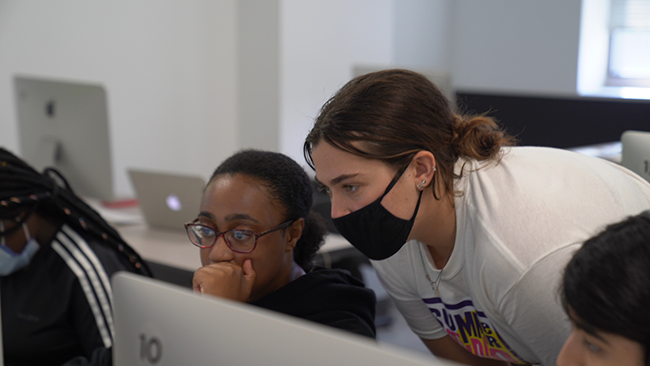 Being a dad myself, talking to that student’s father at graduation was remarkably moving and it only convinced me that we need to go bigger and better for next year. (None of my four children listen to a thing I say, so I have a much better chance at positively influencing someone else’s kids anyway.) Can we take Summer Studio to Connecticut’s three largest cities? Can we take it to other states? I think we can, but we need to lean heavily on our partnerships, as that was the secret to the pilot’s success. We found amazing partners early on in the process, specifically the Connecticut chapter of AIGA and Sacred Heart University. They helped us recruit the kids, organize the instructors and TAs, build a curriculum, find incredible guest speakers, etc. None of it would have been possible without them as well as the team of people at my agency who spearheaded this effort. Also, I am lucky to have some of the best clients an agency can hope for, so I plan on engaging them to help take this to the next level. I know this is a cause that they can get behind. (I’m looking at you, Microsoft. Please, we have to get some more PCs in these kids’ hands. I cannot take one more Mac person coming up to me and saying, “You are a designer and you work on a PC??” I work on a big heavy Asus for the sole reason that I know it will weather the impact when I eventually snap and throw it at someone.)

As high school kids, when our parents and mentors tell us “You will never make money as an artist,” the silver lining here is that at least someone cares, and that’s really the most important part. The problem is that they lack the vocabulary and the experience to articulate the full spectrum of high-paying careers that the term “artist” entails. This summer we showed 10 kids how to channel their talents into a viable career choice. If we could take that exact same program to three different cities next year, that would be about 20-something lives we could change! OK, wait, my proofreader just told me that number is incorrect, it’s actually 30. Ugh, I told you I was awful at math.

“I remember when I was little, I always wanted to do art. But they never had descriptor words or jobs that I could have potentially seen for myself. But I feel like it definitely opened me up to more than just ‘oh you can just major in art and you’ll be fine.’ But I definitely want to major in graphic design and probably have a minor in business or marketing.”