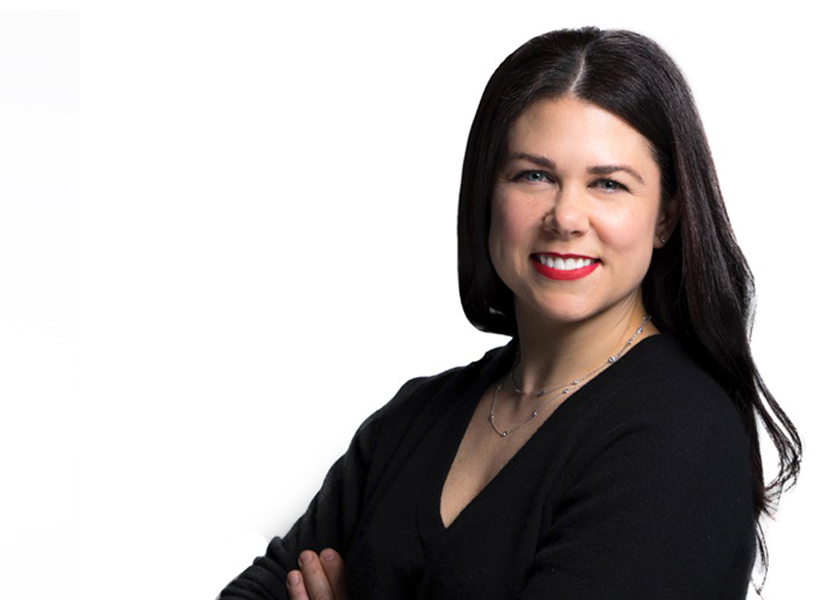 Danielle Trivisonno Hawley is Chief Creative Officer, Americas at POSSIBLE.  She has been integral in developing the agency’s vision and data-driven approach to creativity. Her blogpost addresses the challenge of “getting knocked up” (her phrase) and dealing with the pressures of work-life balance.

There is no level playing field in the advertising arena. Not for lack of trying per se, but simply because there is no male corollary to a female creative director needing to work through all the physical changes engendered by pregnancy. It’s not just culture; it’s science. Health risks and recovery time, medical and childcare problems, all fall primarily on women. No matter how enlightened the men on staff, they are most often exempt from the majority of these job disruptions. Accommodations must be made through a commitment to diversity, as stated policy and demanded of recruiters, and include flexible working conditions, job shares, and enticements to encourage women to return to the industry after a time-out for child rearing.

We know that women make most purchasing decisions. And making advertising that reflects our half of the demographic (50.8% in the 2010 Census to be accurate) is paramount to creative success. Therefore, keeping working moms is also paramount.

Conditions at present are unsustainable for women wanting to start a family without truly sacrificing our sanity — and sometimes, even our bodies. How can that situation be turned around? We can start by sharing our personal stories, acting as mentors, and actively seeking to inject female input into advertising.

I’ve been at the same agency for over nine years. I’ve since been married, pregnant three times — one miscarriage and two children. I’ve also been promoted three times. That’s probably pretty unique. I also feel comfortable being super honest about it all — but be forewarned, this article is part mom blog, part ad op-ed — and it may make your head spin.

Getting pregnant when you travel for work isn’t easy: You have to plan around your ovulation cycle — imagine making that request? I assume men have had this issue too — needing to be near their eggs. I wonder how long they’ve been delaying conception because of work responsibilities?

I, unfortunately, had terrible morning sickness exacerbated by traveling on planes and often had to excuse myself from meetings to vomit. And you can’t tell anyone during the early days, which downright sucks.

I’d show up to client dinners early and corner the waitstaff to tell them of my condition and get them in on my scheme, “I’m going to order a vodka tonic, please hold the vodka.” That gig was hard to keep up though, so I finally confided in a work colleague who sat next to me at every drinking occasion and stealthily drank my drinks plus his own. I spent my first ten weeks nauseated, and so did he! Thank goodness for work husbands.

During my first pregnancy with my son Ben, I went to Cannes six-and-a-half months pregnant. I had an old-school ad guy ask me if I was someone’s wife. I doubt they’d ever met a female CD, much less a pregnant one at Cannes. The good news was the French were way less judgy about my occasional sips of rosé.

Not long after my trip to La Croisette, I was working from home because I had some funny cramping (turns out these are also called contractions, who knew?). In the middle of writing pitch manifestos, I grabbed my keys and told my husband, “I just need a medical professional to tell me I’m ok.”

I was in the hospital for three days while they tried to stop my labor. I worked the whole time; hospital rooms are quiet. I was sent home on bed rest, where I worked lying flat in my bed with a laptop propped on my gigantic belly. I gave birth to Ben at 33.5 weeks. He was five pounds and stayed in the NICU for 23 days. I gave four performance reviews on the phone standing over his incubator because my team was not ready for me to be out on mat leave.

Because of his prematurity, Ben was difficult to nurse and colicky. I had to pump every three hours. Plus, I’d been promoted to GCD. I now had a new set of responsibilities at work and home. This made my first few months back a complete haze.

Two years later, we decided it was time for Ben to have a sibling. Since I’m five-feet-two-inches, early pregnancy is as hard for me to conceal as a face tattoo. At 10 weeks, though, people were discreet, they knew. Four days later, I miscarried. I had to have a D&C since I was so far along but was back at work two days later. I was not desperately sad, but I was certainly disappointed. And I wanted to move on; the last thing I wanted to do was talk about it—and I had no choice but to tell those who knew. It’s not easy giving creative feedback when everyone knows your head is somewhere else.

A few months later we were pregnant again, and I felt absolutely awful—way worse than the other two times. Doctors always say this is encouraging which makes you want to hurl on them.

My pregnancy with Nina was long and difficult. I was sick for five-and-a-half months; just 100% seasick day and night. Plus, I had to get progesterone shots once a week to ward off premature rupture of membranes like I had with Ben.

People started ducking out of the way in the halls because I was certainly “delicate.” At month six, I resigned to wearing fuzzy boots and leggings because I was so swollen from the hormone treatments. Somehow, I managed to lead a WPP pitch—one of the BIGGIES—and was working long and late hours right around the 32-week mark—the same time I began having contractions during my pregnancy with Ben. One night at 2 a.m. my husband looked me in the eye and said: “Are you going to do this again?”

The men I worked around were kind and generous, but they still needed me to do the work. They needed me to lead. To pull it out, just like I had so many times before. They wanted to get it, but they didn’t. How could they? They called me “the little big general.” And it took everything I had not to live up to the hormonal, crazy, pregnant stereotype. Note: This is the same team that tried to FaceTime me in the delivery room. Answering that call would have been a pretty great lesson for them.

Nina was an easy labor and an easy baby, a good eater and sleeper. My first day back at work, I packed my pump and left my three-month-old baby and my two-year-old with my capable husband and nanny and took off out-of-town. Two days into the meetings, my CEO asked me to step up and lead the Americas region as our CCO. At the time I was one of only a handful of female CCOs in the entire WPP network, and I’m certain I was the only one with a three-month-old baby.

I’d worked hard, and I vowed to pave the way for more creative women after me, so I accepted. I’m still not sure how we made that first year work—but we did. And I’m grateful to a very large village of people who helped me.

Today, I have two remarkable, spirited, and demanding kids. They know their mom works, and even at their young age, they understand why. Sometimes, I’m that self-important mom on the sidelines yelling into her phone — and they hate her a lot less than I do. I still do a lot of travel and right before I leave I go a bit nuts. But, when I get wherever I’m going my head goes down and I focus. In many ways that focus is my only defense against the guilt and the worry.

When I reflect on all the years, I do realize I’ve put my body and sanity at risk many times. If I could go back and change anything, would I? Honestly, I don’t know. I’m not sure I’m capable of doing it any differently — that’s just me.

Here’s what I do know—I’m a focus group of one. My experience is unique to me. As an industry, we focus on policy and standards, and we forget about the individual. Some women have easy pregnancies (jealous). Some women (and men) still want the tough projects fresh off maternity or paternity leave—so don’t assume or hold them back. It’s ok to want to go for it no matter what. And it’s ok to have a different plan.

We need to support the can’t-stop-won’t-stop art director, the never-ever-having kids creative technologist, and the won’t-travel-without-their-dog UX architect. It doesn’t matter how it looks. Your work-life equation is your own. But if you don’t work at a place that allows you to find the best way to balance the two — do yourself a favor and find someplace that does.