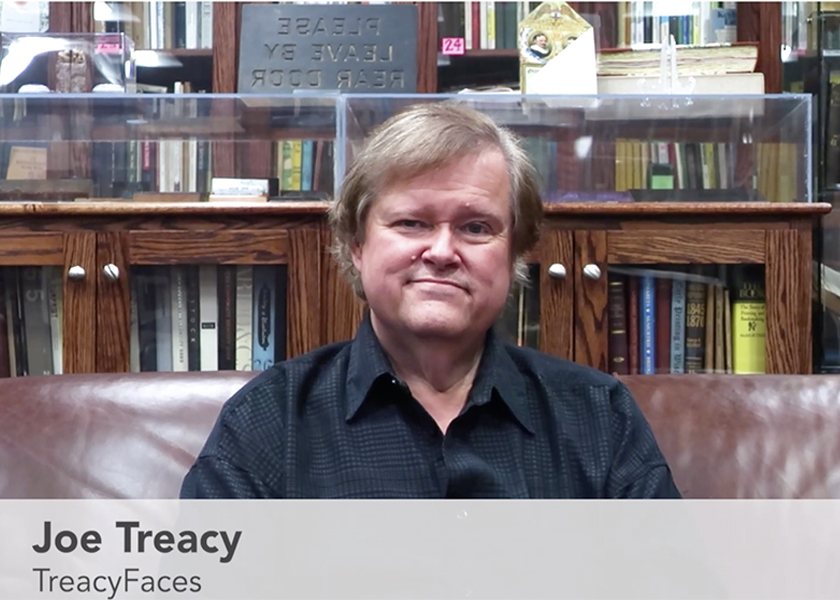 A meeting between important figures in modern print, type and graphic arts history – Frank Romano and Joe Treacy – prompted Mr. Treacy to send this note to GDUSA. We publish it here and include some relevant and recommended links to both the Museum of Printing in Haverhill MA and to video interviews between Romano and Treacy that grew out of their initial meeting.

“I recently had the rare opportunity to spend half a day at the amazing Museum of Printing in Haverhill MA. It was started about 20 years ago by graphic arts industry luminary Frank Romano, who’s also authored 80 books on the industry. He also started WhatTheyThink!, an online blog and a printed magazine.
.
Frank really is “the guru’s guru”, having started as a mailboy at Linotype when it was in Melville, and worked his way up through Linotype, compuGraphic, Visual Graphics as marketing manager, and during the ’80s and ’90s, had chaired many important trade shows such as the GraphExpo. Importantly, he arranged and emceed the 1982 “page description language (PDL) shootout” in San Francisco where Adobe and Xerox faced off before a packed audience of industry experts and reporters, where Adobe won the PDL battle over Xerox’s proposed PDL, Interpress. (I knew I had to get on a plane and fly out to SF to witness the historic decision play out.)
. 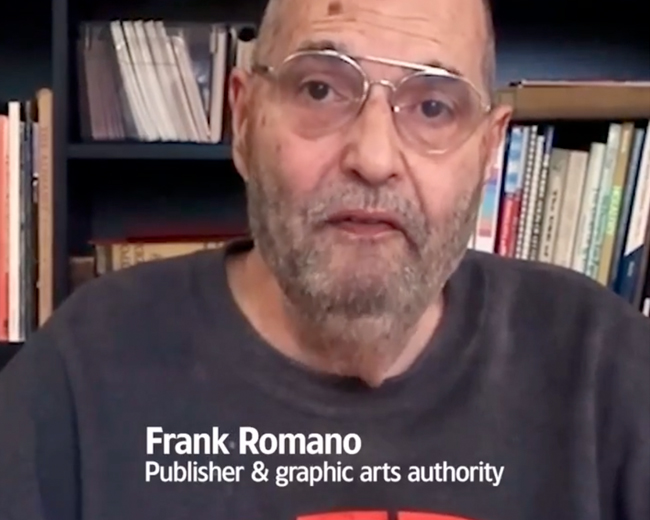 .
Frank moved the Museum into its current large building 10 years ago, and it’s truly an incredible repository of the entire history of the graphic arts, from typography to printing and everything in between. It’s a jaw-dropping tour for any graphic designer, and really, any creative professional.
.
Frank knew of my company Treacyfaces.com having covered our launch in his former publication, TypeWorld monthly. Two hours into a nonstop conversation at the Museum about type design, designing with typography and the graphic arts, Frank asked me if I’d like to do a video interview for his Frank Talks video blog on WhatTheyThink.com. We ended up doing two video interviews – Part 1 and Part 2 – that have now been published.
.
He also recently discussed how publishers are doing things with other foundries’ fonts to save galley depth, space, paper and online, web page depth. When I saw that video in mid-October, it struck a nerve because doing all those things for publishers and designers, is why I started Treacyfaces in the first place — as Frank knew. So, I arranged with him to use an excerpt in a new Treacyfaces.com commercial that I just published on Instagram to positive reviews and Treacyfaces font orders.
.
Frank is such an industry giant, and it is a real treat to collaborate with him.”