The buzz surrounding the LGBT community is growing each and every day among top consumer brands pursuing this audience.  It’s no longer surprising to see an ad showing an embrace between two people of the same sex; this notion perhaps supported by the appearance of LGBT characters who have made a place for themselves in many TV series.  It can be said that, the pioneers who set out to target “the gay market,” were the creative team behind Absolut Vodka, through their ad placements in LGBT outlets back in 1981.  Subaru swiftly followed with their campaign in the mid-90s.

With the LGBT market, like all markets, brands aren’t excused from the requirements of being unique, competitive and easy to remember among consumers.  The first generation of brands that identified with the LGBT community typically took shape in the form of a visual: a rainbow – a meaningful icon of the LGBT community – and in a short time, we’ve come to see an influx of rainbows used in all iso-logos.

Newly established non-profits — institutions, chambers of commerce, associations, among others — have felt the need to employ design strategies that go beyond being “LGBT friendly.”  They’ve had to differentiate themselves through their capacities, objectives and intentions … now that “LGBT friendly” is no longer a substantial enough distinction in this evolving market.  Also, the LGBT community and their allies demand much more from products designed especially for their sector.

It’s under these new market expectations that a fresh sector of brands — classified as interesting, highly competitive and also recipients of various awards in the area of design — have emerged. Let’s analyze the brands further. Take the Miami Dade Gay & Lesbian Chamber of Commerce, a brand that must attract the members (including individuals and organizations) in a highly competitive business environment, while portraying leadership and solidity of a Chamber of Commerce.  For the purpose of branding, the multiplicity of colors within the iconic rainbow would have clashed with the Chamber’s mission. As an alternative, the vibrant rainbow colors were switched out for blue and orange. Regardless, the brand did not lose effectiveness amongst consumers and was still able to remain aligned with its core values. 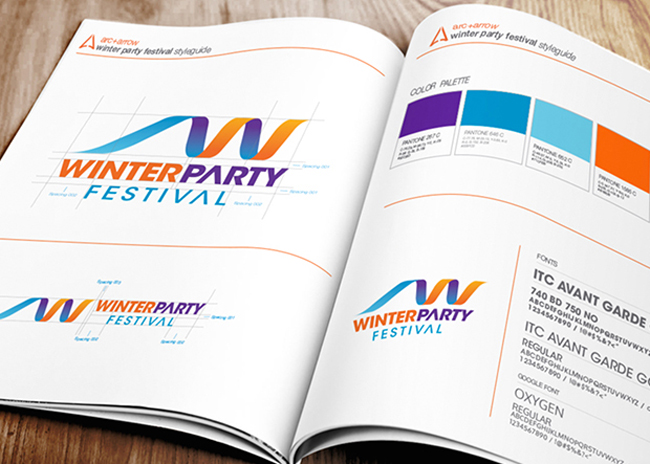 Winter Party Festival — one of the most popular music festivals attracting LGBT music lovers from around the world — faces serious competition from the leading music festivals in the United States, Latin American and Europe.  For that reason, Winter Party Festival needed to create a distinguishable, fresh brand that would leave a lasting impression.  This was done through a formal, organic structure using opposing colors from the chromatic chart; resulting in an outstanding visual effect. 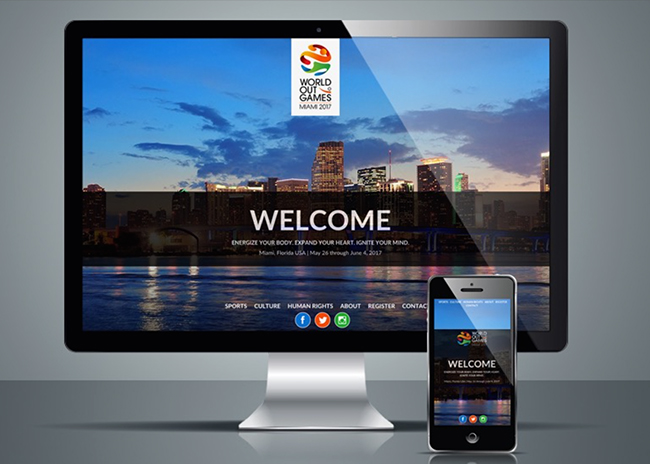 Another great challenge that we faced was with World Out Games; how do we create a sporting event that represented the LGBT community and its allies, without resorting to the traditional rainbow flag iconography?  The solution ultimately came from the three pillars the event was founded on: sports, culture and human rights – represented in the colors orange, green and blue.  The new World OutGames Miami logo revels in the body and the spirit of the games, portraying the kinetic energy of performance and the exuberance of all the OutGames is meant to celebrate. At the same time, the logo portrays a world that is ever-evolving and ever-changing, to announce the progress the World OutGames promises to be and the global audience it serves.

The list of brands in this new era of consumption goes on and on.  Today, brands targeting the LGBT community and its allies are presented with the challenge of going beyond just being ‘friendly.’  Brands must represent values, services, feelings and they must also win the audience over.  Decades ago, preference was dictated by the limited sources of products available to this sector of the population, but today, this is no longer the case.  Thanks to progress and evolution, competition pushes organizations targeting the LGBT market to evolve the way they communicate.