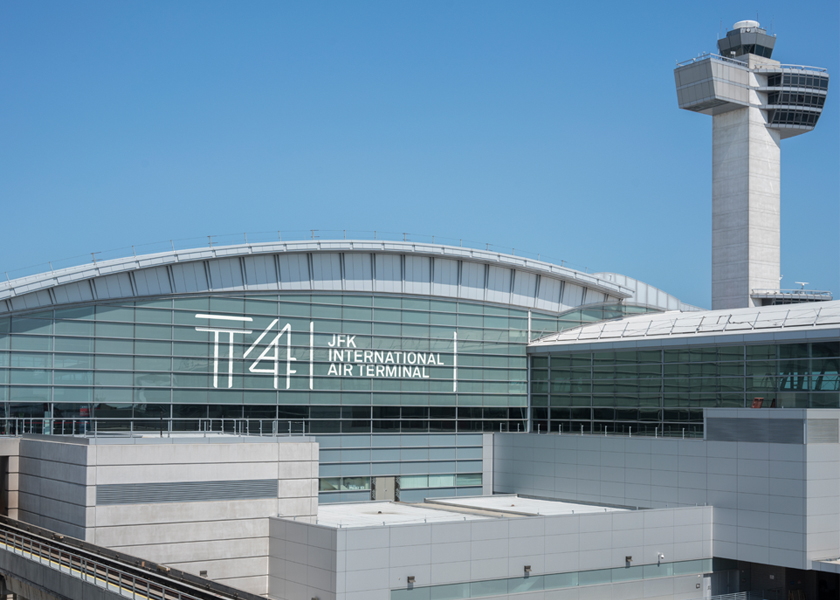 John F. Kennedy International Airport houses one of the country’s busiest air terminals with nearly 20 million annual travelers. Terminal 4 has seen exponential growth in passengers and, in response, has expanded its footprint over the last few years. The industry’s increasing focus on comfortable, seamless, and enjoyable passenger experience prompted JFKIAT, which manages the terminal, to seek out a new visual identity that would create a sense of place and be friendly, fun, and entertaining.

The T4 team partnered with international branding firm Base Design. Comments Min Lew, Partner and Creative Director at Base: “Throughout the project we considered how people felt when they travel. It’s a stressful experience. Probably because up until recently, airports were designed around airplanes and efficiency – not the people going through them… We wanted to create a simple yet distinguished personality for T4 as New York City’s terminal and activate the space to bring that personality to life.” 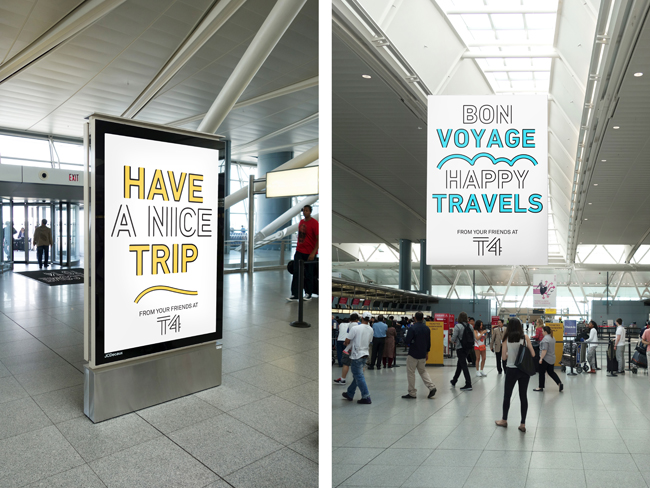 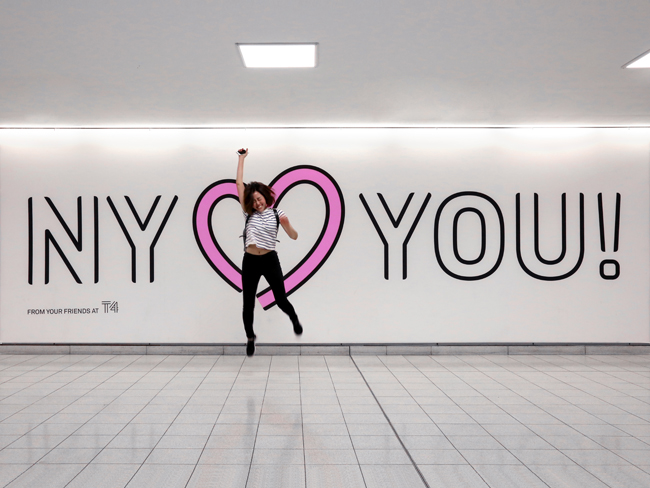 Base set out to rethink the stereotypical, anxiety-ridden airport experience, and to do so, honed in on the culture of the T4 staff, while drawing inspiration from the many directional lines intrinsic to airport runways and tarmacs. The firm designed a modern, open and light visual system that was simple, but with a distinguished personality. Base created custom typeface focused on the number “4” as the foundation for the identity, and extended meaning of the number to personify the terminal experience being “4 all.” Logo and typeface were paired with a vibrant color palette. Illustrator Tomi Um added thematic images visible throughout the terminal. 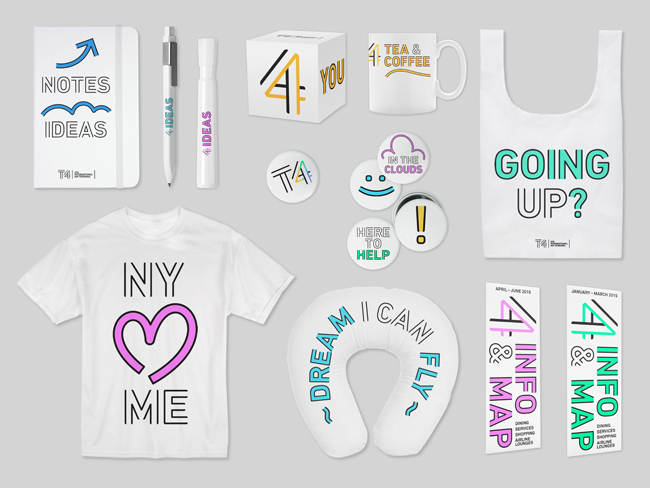 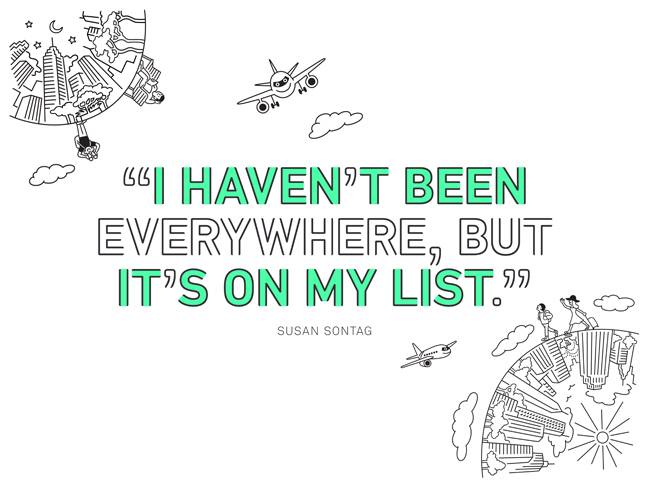 In addition to the brand identity, Base developed an application system to infuse personality into the terminal experience. Creative applications to be rolled out over the course of the year include: signage in digital directories, elevators, arrival hall, custom hall, retail corridors, stair graphics, gates graphics, and a large logo on the west side of the building; informative trivia and quotes about New York; fun illustrations by Um in the retail corridors on pillars guiding people in the right direction for bars and restaurants. 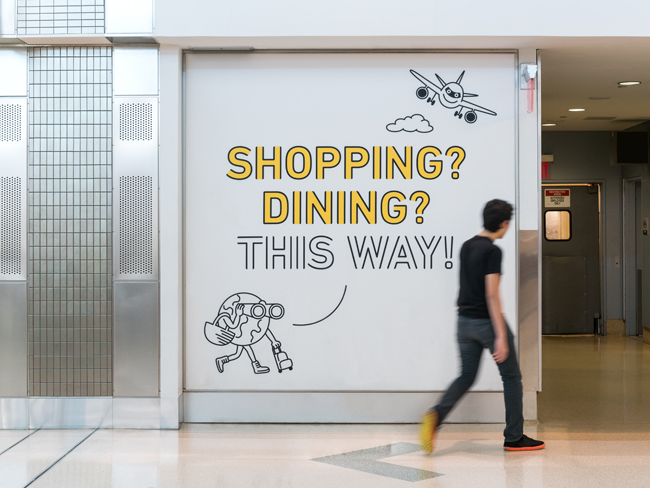 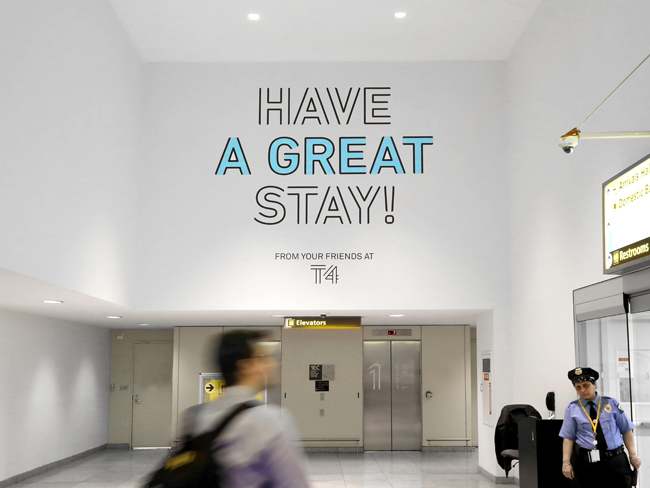