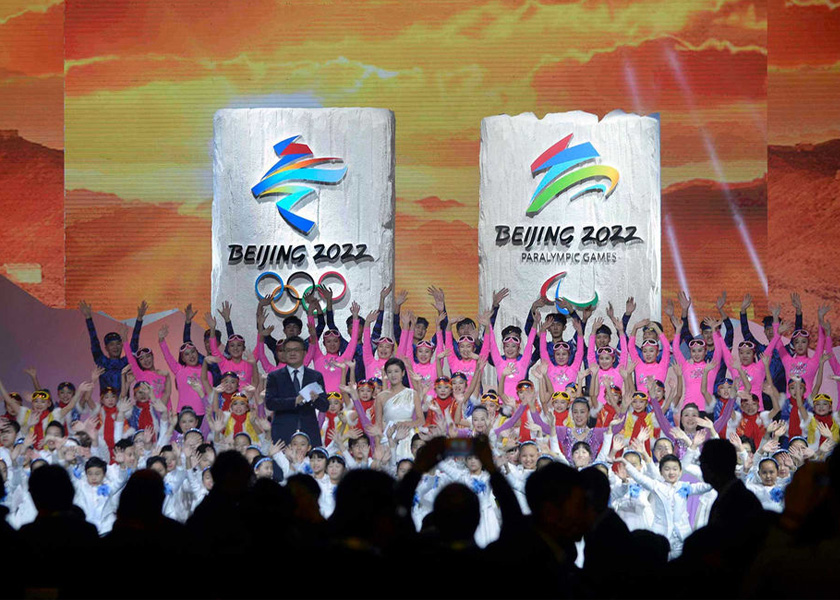 The Beijing Olympic Organizing Committee has unveiled the official emblems of the 2022 Olympic and Paralympic Winter Games.  Designed by artist Lin Cunzhen, the logos are said to combine traditional and modern elements of Chinese culture, as well as features embodying the vitality of winter sports.

Entitled “Winter Dream”, the Olympic emblem is inspired by 冬, the Chinese character for “winter”, while resembling a skater at the top and a skier at the bottom. The flowing ribbon-like motif symbolizes the host country’s Olympic venues and the fact that the Games will coincide with the Chinese New Year. The use of blue is said to represent dreams, the future, and the purity of ice and snow, while red and yellow – the colors of China’s national flag – “symbolize passion, youth and vitality.”  At the same time, the official emblem of the Beijing 2022 Paralympic Winter Games — dubbed Flying High — was also introduced. Making similar use of Chinese calligraphy, the emblem incorporates the Chinese character for ‘fly’, 飞 , which conjures up the image of a wheelchair athlete surging towards the finish line and victory.