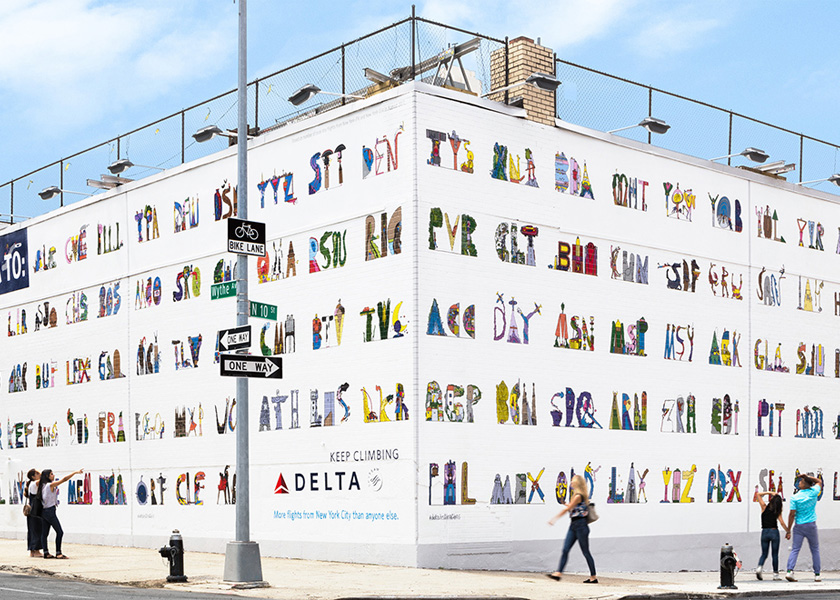 Delta Airlines is using a wall in the Williamsburg section of Brooklyn NY to depict the 133 airport codes that one can fly to from New York City on Delta. The illustrations by Celyn Brazier, who worked with ad agency Wieden + Kennedy in New York to show something special about the city or town they depict. 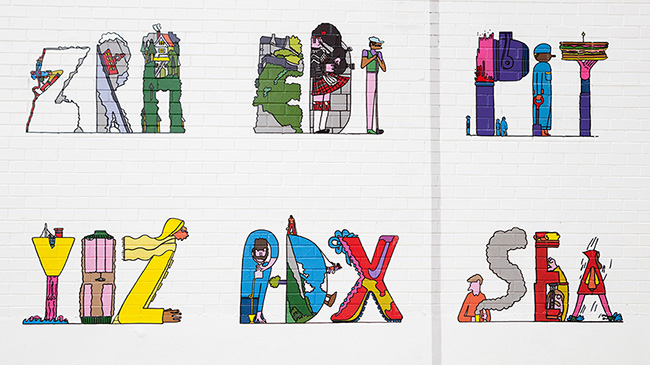 For example, SEA (Seattle) has references to coffee, fog and rain. The airline is asking visitors to find these hidden references and post comments on Instagram for a chance to win a prize. Interestingly, Delta used the same wall earlier this year for another promotion, the Delta Dating wall, in partnership with Tinder, that encouraged singles to take selfies with exotic backgrounds and, of course, post them. 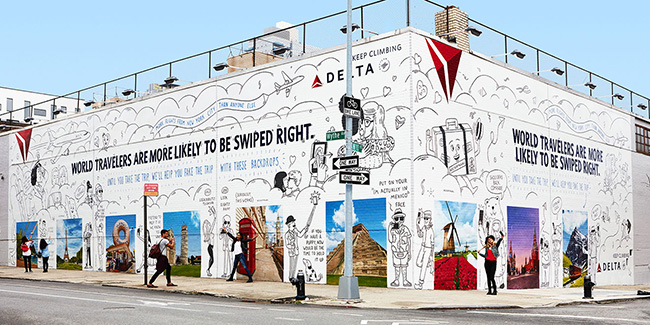