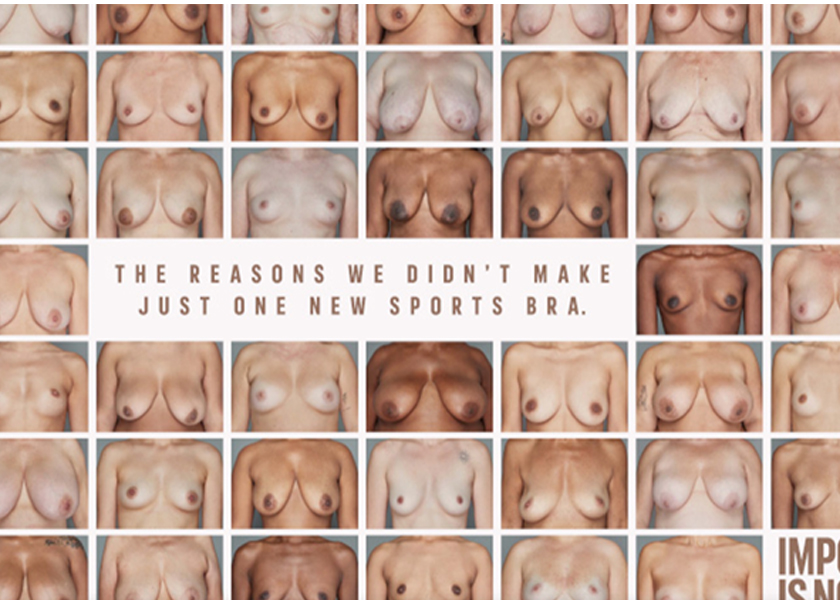 The UK has banned a series of advertisements for Adidas sports bras that featured bare breasts. The ad campaign included both social-media posts and posters featuring images of a variety of exposed breasts; the concept was to highlight the uniqueness and diversity of breasts and promote the 72 sizes included in company’s product line. Posters and social media were accompanied by text reading: “The reasons we didn’t make just one new sports bra.”  The UK’s Advertising Standards Authority received complaints that the ads objectified women and were inappropriate for children. The Authority ruled that: Although we did not consider that the way the women were portrayed was sexually explicit or objectified them, we considered that the depiction of naked breasts was likely to be seen as explicit nudity. We noted the breasts were the main focus in the ads, and there was less emphasis on the bras themselves, which were only referred to in the accompanying text.” It continued: “The ads must not appear again in the forms complained of. We told Adidas UK Ltd to ensure their ads did not cause offense and were targeted responsibly.” 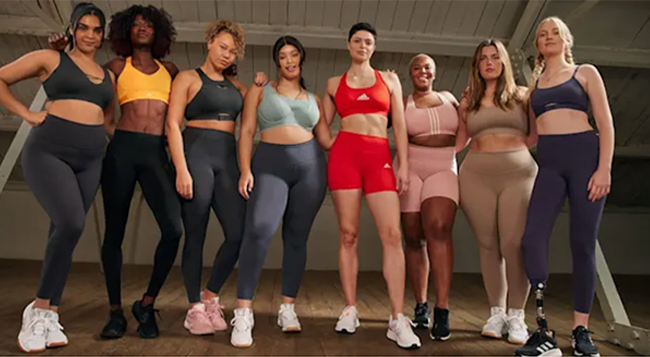