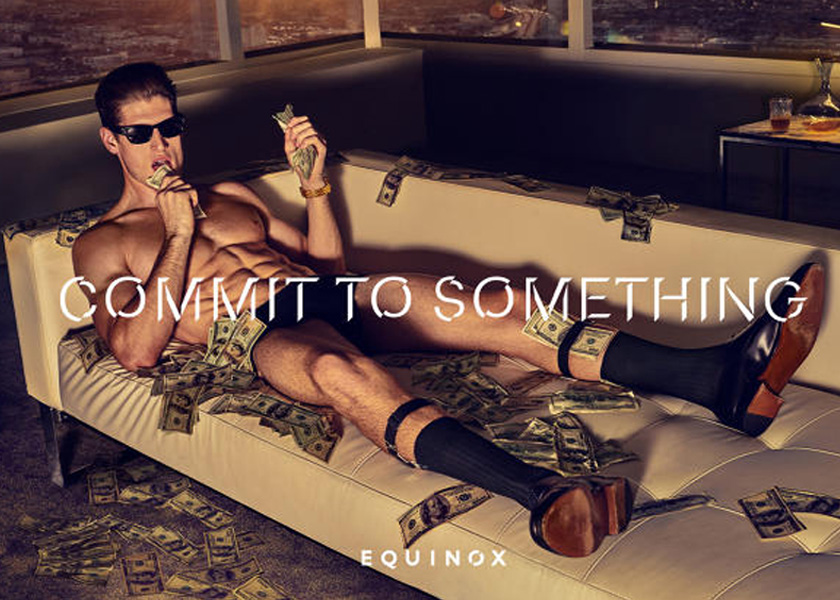 Along with agency Wieden & Kennedy New York, Equinox has introduced “Commit to Something,” a campaign that depicts fierce  people showing unwavering dedication to unlikely passions. The 2016 effort is an evolution of the fitness company’s previous successful campaigns which also featured seductive, provocative images shot by high-end photographers. This year a series of scenes, shot by fashion photographer Steven Klein, depict unusual stories of commitment — a cat lady who looks anything but, a semi-naked man lounging  in greenbacks, an intense orgy among muscled hotties, a woman protesting something or other, a mother breastfeeding her twins in the most unlikely of places. The mother, by the way, is actress and publishing heiress Lydia Hearst, and the protestor is Bianca Van Damme, daughter of action star Jean-Claude. 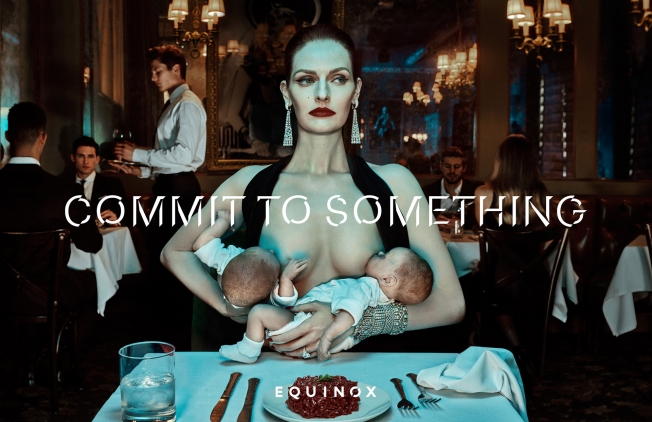 The campaign addresses a particular challenge: “While the category is as strong as it’s ever been, we’re seeing a shift in mindset particularly with millennials — an ‘anti-commitment’ culture,” Says Equinox Chief Marketing Officer Carlos Becil. Agency Creative Director John Parker says: “With millennials, there are things like Tinder, Grinder and even Class Pass showing commitment isn’t necessary.” But a sense of commitment is crucial for a fitness company that is asking a customer to sign a one-year contract. Hence, the images are intended to stimulate cultural conversation and encourage commitment. Concludes Equinox Executive Creative Director Elizabeth Nolan:“We’re not setting out to create fitness advertising. Our tagline is ‘It’s not fitness; it’s life,’ and the work brings that to bear.” 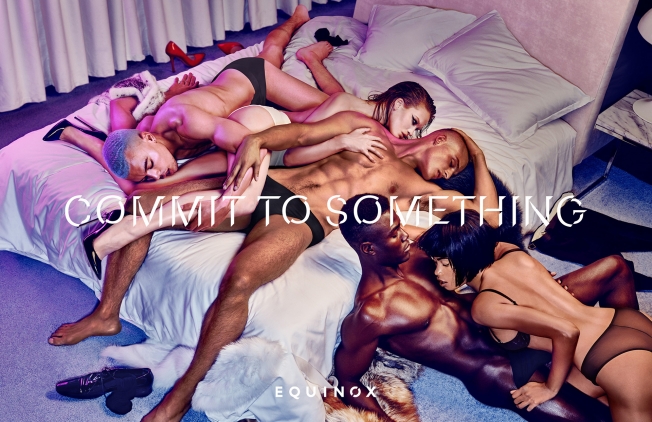 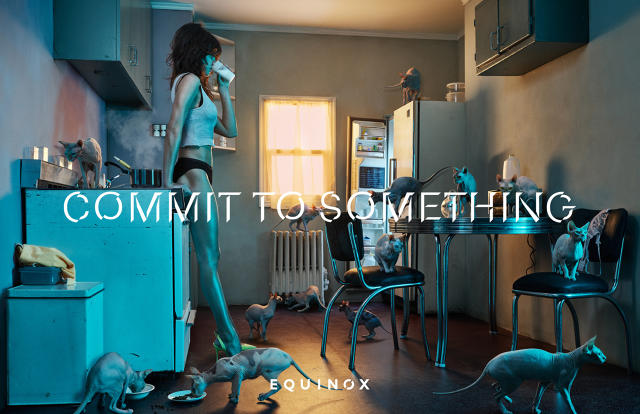