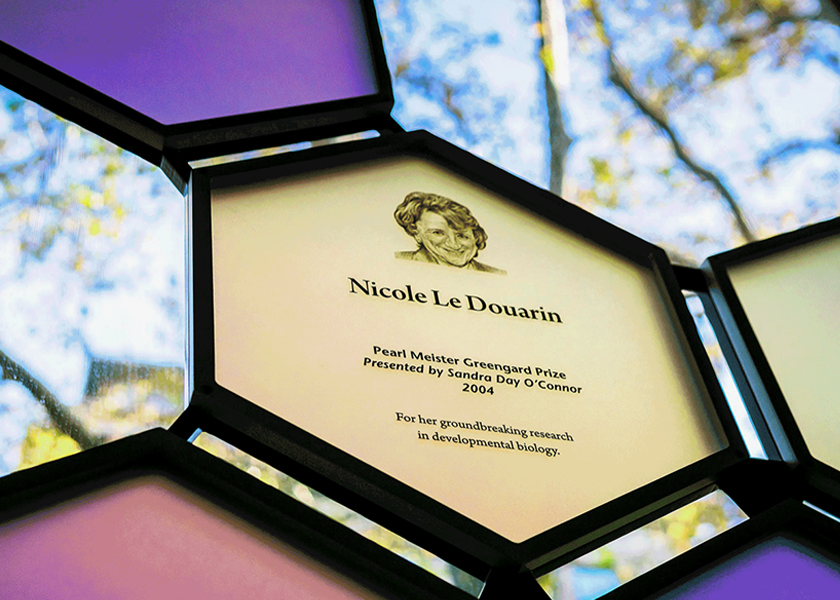 The Rockefeller University has a new iridescent display  for its annual award honoring women scientists: the Pearl Meister Greengard Prize. Designed by C&G Partners, the installation features a floating hexagonal lattice of lightweight aluminum, spanning a panoramic glass wall. This framework holds changeable translucent panels, each with multiple optical film laminations. Portraits of each winner are done by the same artists who create the famous stipple illustrations for the Wall Street Journal. 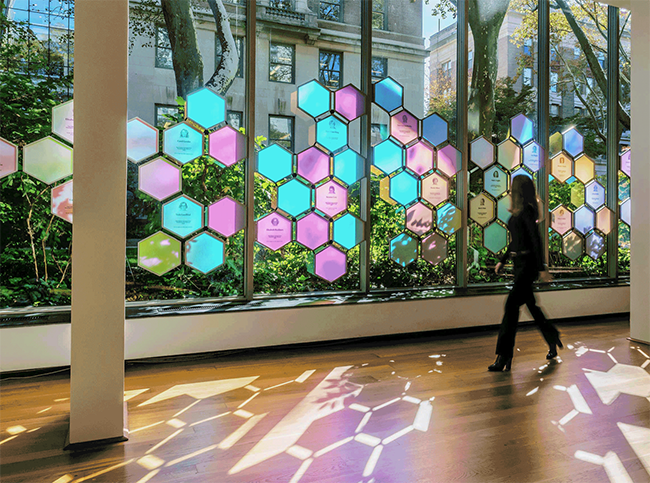 Each panel holds one of two types of dichroic film, which has the property of natural iridescence: constantly shifting color depending on angle of view and illumination. This is deliberately inspired by nature, with an effect similar to a butterfly’s wing or the internal surface of a seashell. The effect occurs without any electrical or mechanical energy, as viewers simply walk past. The framework is placed in front of a planting area, so that the changing colors of the panels are matched by the seasonally changing colors and shapes. A space immediately adjacent to this holds the Rockefeller University Donor Display and Prize Walls, also designed by C&G Partners. 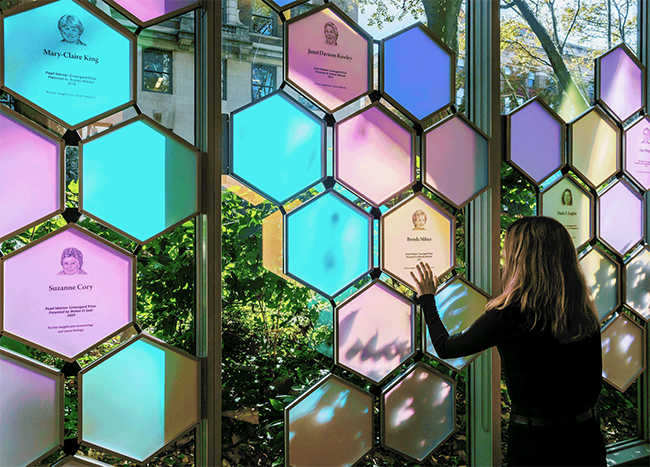 The Pearl Meister Greengard Prize was founded by the late Dr. Paul Greengard, and his wife Ursula von Rydingsvard, funded with the proceeds of Dr. Greengard’s 2000 Nobel Prize and by supporters of the biomedical research university. It honors Dr. Greengard’s mother, who died in childbirth.