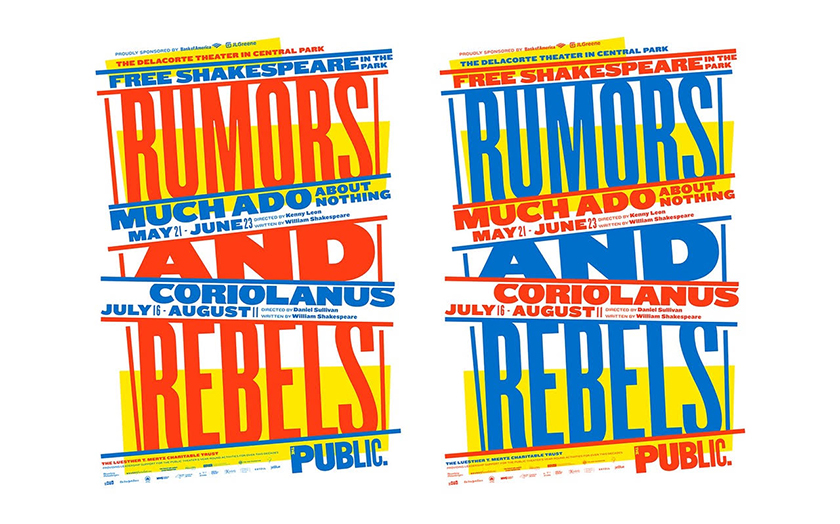 Much Ado About Nothing and Coriolanus are the featured productions in the 2019 edition of Shakespeare in the Park, the annual free performances presented by The Public Theater at the Delacorte Theater in New York City’s Central Park. Pentagram has once again created the promotional campaign for the season―the collaboration with the Public began in 1994 — combining bold typography, bright summer colors, and a tagline that sums up the theme as “Rumors and Rebels.”

Each year, the season design changes in the use and spirit of Knockout, the official font of the Public. The 2018 campaign featured strong black type, so the Pentagram designers chose the opposite direction; the 2019 look is playful, with skewed bands of typography layered on color shapes in a Pop art palette, inspired by circus posters, bubble gum and Wonder Bread. 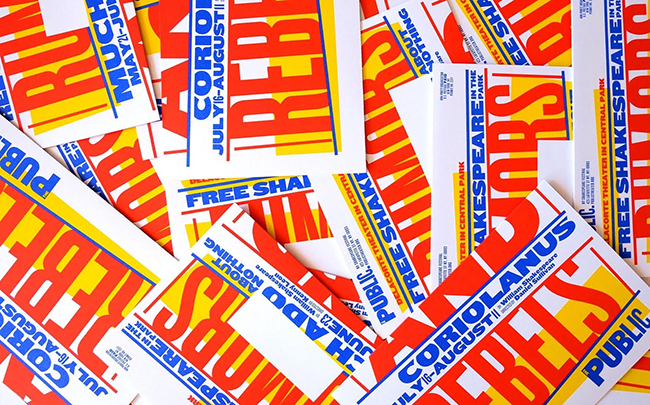 Working with Pentagram partner Paula Scher, the inhouse team at the Public extended the look of the posters into additional applications, including signage for the Delacorte, gala invites, and swag such as t-shirts and totes. The typographic approach is also a preview of the graphics for the upcoming 2019-2020 season at the Public, which will build on the campaign to create a full visual personality for the year, including the season brochure, posters, print advertisements, and facade banners, as well as promotional materials for Joe’s Pub.