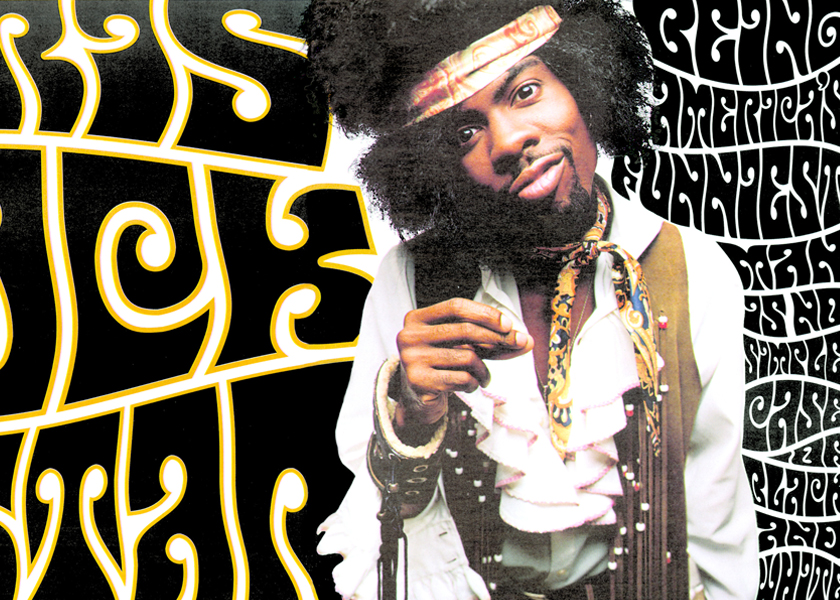 Cooper Hewitt, Smithsonian Design Museum has named the winners of the 2018 National Design Awards, recognizing design excellence and innovation in 10 categories. The annual program promotes design as a vital humanistic tool in shaping the world and is accompanied by extensive educational programs in cities nationwide. “All ten of this year’s winners present a powerful design perspective and body of work that is at once inclusive and deeply personal, accompanied by great achievement, humanity and social impact,” said Caroline Baumann, director of Cooper Hewitt.

Of particular note to the graphic design community, Gail Anderson is recipient of the Lifetime Achievement Award. Currently creative director at Visual Arts Press, SVA’s inhouse design studio, and a partner at Anderson Newton Design, Anderson has excelled as a designer, writer and educator, co-authored 14 books on design and popular culture, lectured internationally, and received numerous awards from the likes of AIGA, Society of Illustrators, Society of Publication Designers, Type Directors Club, Art Directors Club, Graphis, and Communication Arts. In addition, her work is included in the permanent collections of the Cooper Hewitt, Library of Congress, and the Milton Glaser Design Archives at SVA. She has been featured in magazines that include Computer Arts (UK), designNET (Korea), kAk (Russia), and on the January 2010 cover of GDUSA.

In addition to Anderson, the National Design Awards winners are:

Civilization was founded by Michael Ellsworth, Corey Gutch and Gabriel Stromberg in Seattle. Since the studio’s inception in 2007, it has built identity systems, digital experiences, printed materials, environmental graphics and exhibitions that are engaging , empathetic, sustainable and create meaningful connection.

Spirn is an award-winning author, landscape architect, photographer and the Cecil and Ida Green Distinguished Professor of Landscape Architecture and Planning at MIT in Cambridge MA. Her writings and action research provoke the integration of city and nature, advancing design theory and practice, and transforming how people see and act.

Kim is the co-founder and designer of dosa, an LA-based clothing, accessories and housewares company with a focus on rethinking conventional fashion-industry production and sustaining artisan cultures. In-house production enables an evolving system for efficient use of natural resources, recycling and creative reuse. Kim draws on traditional handwork techniques, particularly in India, Mexico and Colombia, engaging local artisans and communities in long-term collaborations.

Oxman is an architect, designer, inventor and professor at MIT, where she is the founding director of The Mediated Matter Group, an experimental design practice. The group combines commissioned work with scientific research, exploring ways in which digital design and production techniques can enhance the relationship between built and natural environments, operating at the intersection of computational design, robotic fabrication, materials engineering and synthetic biology.

Founded in 1999 by Chad Oppenheim, Oppenheim Architecture + Design is an architecture, planning and interior design firm specializing in hospitality, commercial and mixed-use, retail and residential buildings worldwide. The firm creates spaces that evoke the senses, catering to both pleasure and performance. Inspiration is drawn from vernacular styles and local resources are asserted with minimal gesture.

Kim is the founding principal of Mikyoung Kim Design, an international landscape architecture and urban design firm. Over the past two decades, the firm has crafted an award-winning body of work that redefines the discipline of landscape architecture and inhabits the intersection of art and science. Its projects solve challenging urban resiliency issues while always considering the unique character of place making.

Blu Dot was founded in 1997 by friends John Christakos, Maruice Blanks and Charlie Lazor. Their mission is to design and manufacture furniture that is useful, affordable and brings good design to as many people as possible. Recognized for its inventive use of materials, fabrication technology and assembly methods, Blu Dot produces furniture that is determined by an economy of means while maintaining a playful sensibility.

Design for America is a national network of innovators working together to improve their local communities through design. Begun as the brainchild of Northwestern University faculty member Liz Gerber, Gerber saw how design could be used to bring new solutions to seemingly intractable social issues. The network has tackled hundreds of challenges, ranging from accessible health care to drinkable water, and has inspired students, educators and design professionals across the country.