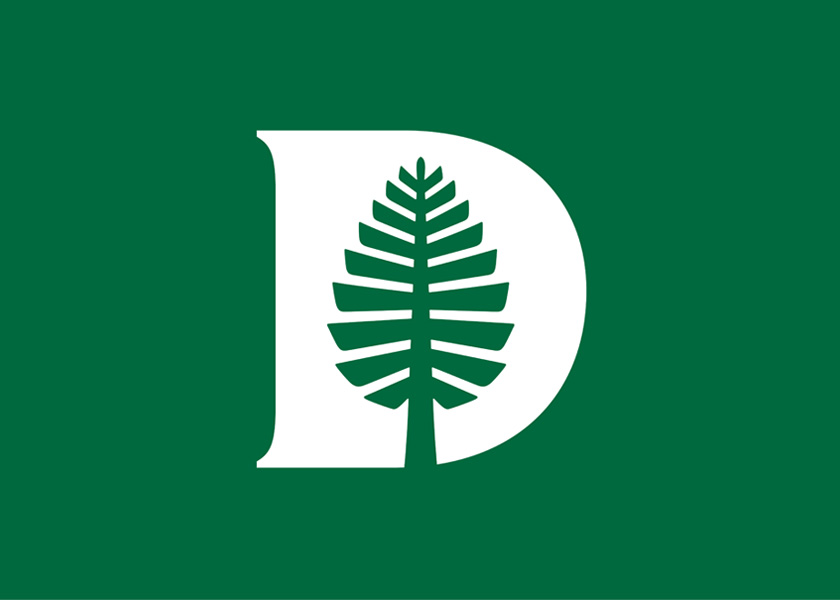 Dartmouth College has introduced a new identity designed by OCD. It is the first unified identity program in the institution’s 250 year-plus history. In a statement, New York City-based OCD explains its thinking: “At the heart of the Dartmouth identity is the Lone Pine, a storied tree that was known as a gathering spot for seniors in the early 1800s before being cut down in 1895 due to damage from lightning strikes. The stump is still used for commencements and special events. The first Lone Pine symbol was created to celebrate the bicentennial in 1969 by another Hanover-based designer, John Scotford. Variations of the Lone Pine were used sparingly over the years until it was embraced by Dartmouth Athletics as a symbol of resilience and a signifier of its unique location. 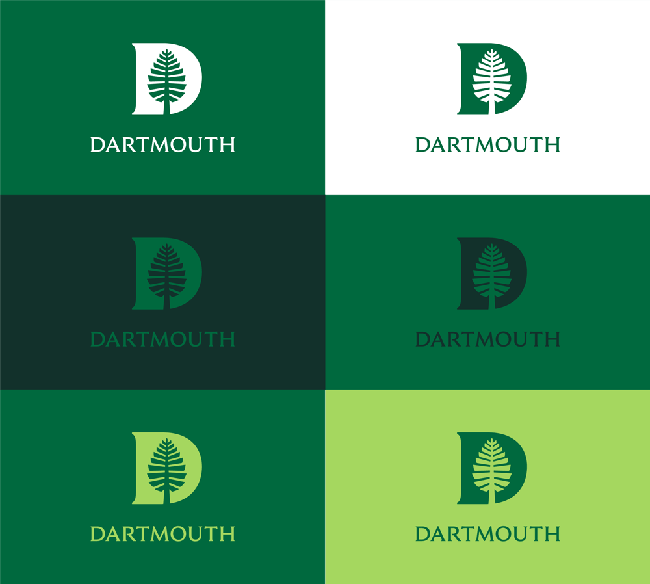 “OCD redrew the Lone Pine with the goal of preserving its original distinctiveness while also pushing its craft and storytelling. Opening the spacing between the branches helped improve legibility at small sizes. Strengthening the trunk helped make the shape more recognizable to people who are not Dartmouth grads…As the elements of the identity system came together, a new college insignia emerged. The Dartmouth Pine (colloquially known as the D-Pine) honors the college’s legacy and tradition while building a fuller, more complete and more inclusive visual language.” 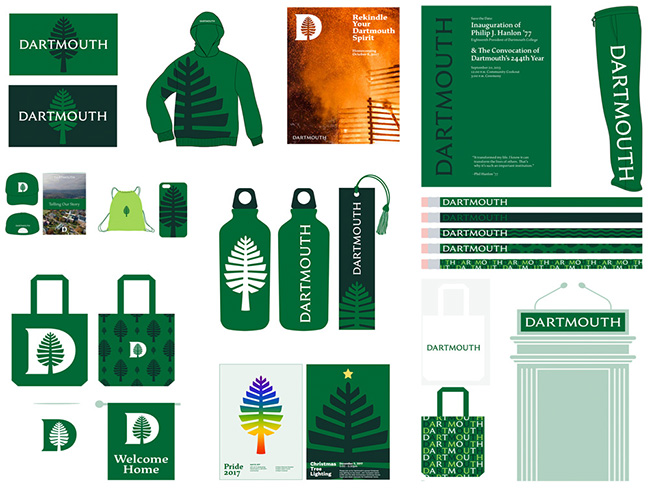 “The Dartmouth wordmark is based on lettering crafted by renowned type designer Rudolph Ruzicka, a longtime resident of Hanover, New Hampshire. During site visits and long stays in the Rauner archives, the [OCD] team found many items bearing his handiwork including the College’s bicentennial seal and plaque and the design of the Dartmouth Medal first given out in 1973 and still awarded today. Type designer and co-founder of XYZ Type, Jesse Ragan, a long-time Ruzicka scholar, helped revive the lettering to create the new wordmark unique to this Ivy League institution.”