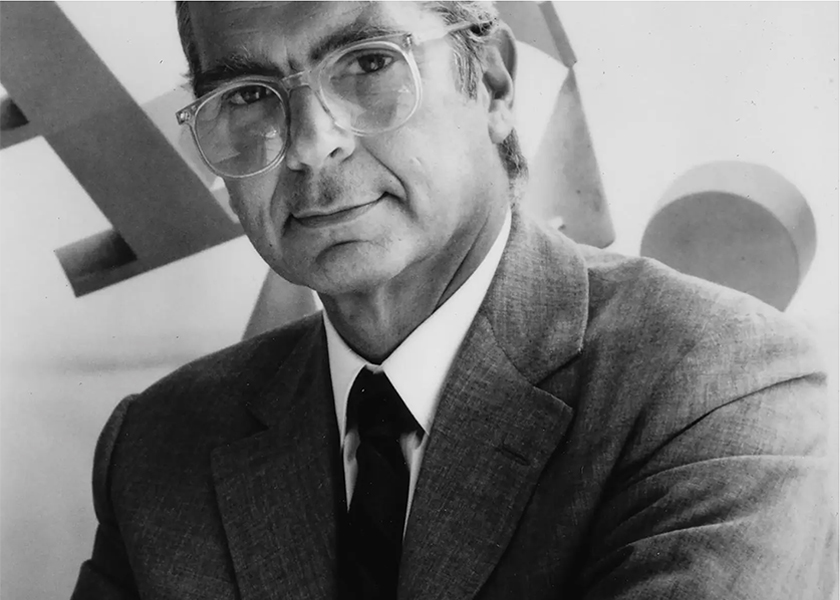 Colin Forbes, a founder of the design firm Pentagram, died on Sunday. Along with four others, Forbes established Pentagram in 1972 in London, with the aim of making “something in between a boutique firm and a large Madison Avenue-type concern.” Needless to say, 50 years later, it is a pre-eminent design firm with more than 20 partners and 200 employees in New York, Berlin, and Austin TX. “As co-founder of Pentagram,” said Michael Gericke, “he shaped a unique structure for its intuitive and idiosyncratic partners to work as individuals, within a collective framework that has stature, collegiality and business acumen.”

Forbes was born in 1928 in London. He did mandatory service in the British Army from 1945 to 1949. When discharged, he took advantage of a grant program for veterans and went to the Central School of Arts and Crafts, graduating in 1952. After graduating, he became Head of Graphic Design at the School. In 1962, Forbes formed the London-based studio Fletcher/Forbes/Gill with graphic designers Alan Fletcher and Bob Gill. The firm evolved into Crosby/Fletcher/Forbes with the departure of Gill and the addition of Theo Crosby Their innovative multi-disciplinary approach eventually led to the formation of Pentagram in 1972, when product designer Kenneth Grange and graphic designer Mervyn Kurlansky joined.

Forbes, who retired from the company in 1993, served as president of AIGA and was awarded the AIGA medal, which recognizes exceptional achievement in the field. During his career, he designed graphics and visual identities for a wide range of clients and industries. This includes the D&AD (Design and Art Direction) logo is still in use today. Other iconic pieces include his famous poster advocating free admission to London museums that was a petition he signed with famous artists signatures; Nissan’s logo; his George Nelson on Design book cover with the now common word within a word typographic idea; A Sign Systems Manual that defined a logical approach to signage systems; and many corporate identity programs for Lucas Industries, Toray, British Petroleum, Cunard, Pirelli, Neiman Marcus and others. He also authored several books with his partners at both design firms.