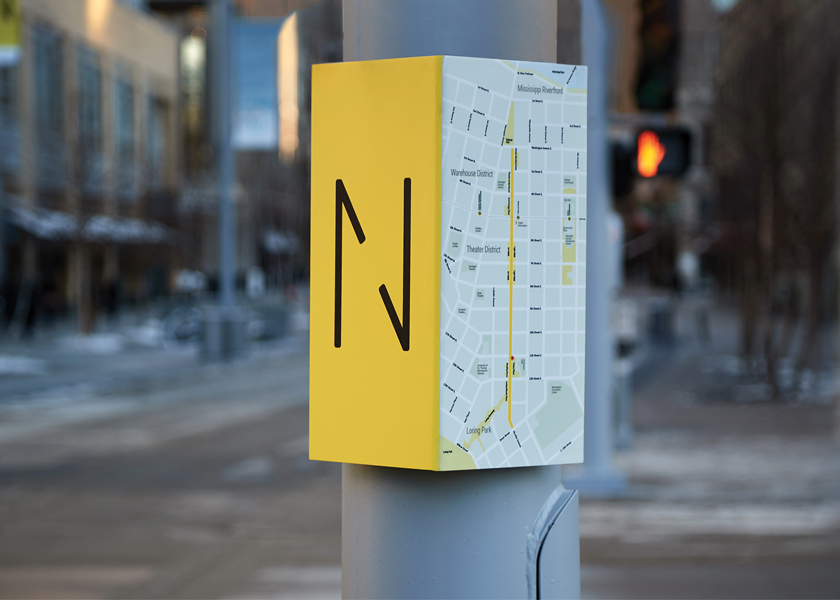 After a major renovation that made Nicollet Avenue more pedestrian friendly, Pentagram was asked to design a brand identity and comprehensive program of signage, wayfinding and environmental graphics for the “Main Street” of Minneapolis. Though Nicollet was the first pedestrian and transit “mall” in a center city dating back to the 1960s, Pentagram wanted to move away from the limiting notion that the street is a shopping mall when, in fact, it is a vital thoroughfare integrated into the city that defines the character of downtown. The brand message captures that spirit with a simple tagline, “On Nicollet,” highlighting the avenue as a destination. 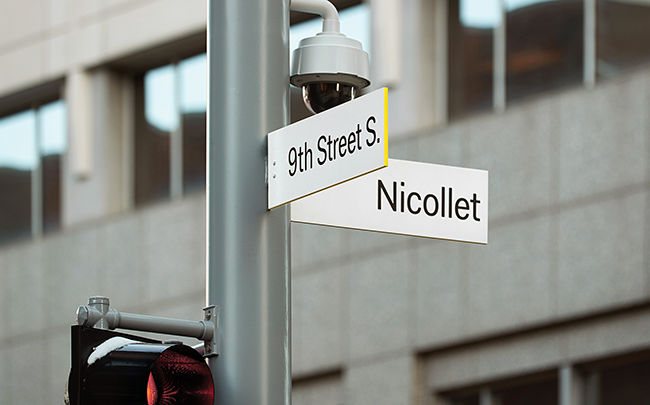 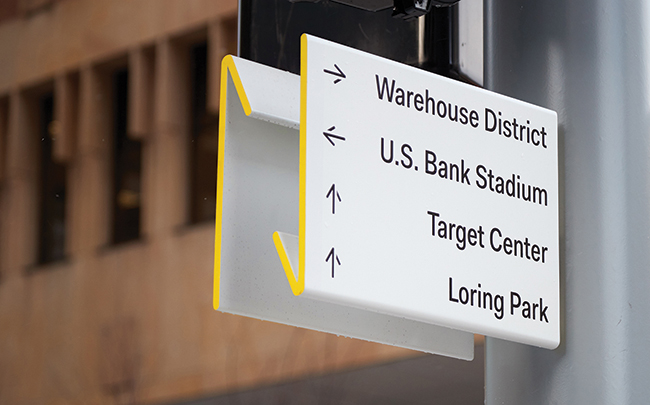 The identity centers on a letter “N” built from two sides of a directional arrow, one going up and one going down, conveying the movement of traffic and arterial role of Nicollet. The arrow forms can also be used to construct a letter “M” for the “MN” state abbreviation or “NM” for Nicollet Mall. Typography is set in the sans serif Fakt and a traffic-oriented color palette features a bright yellow along with black and white. The directional elements extend to a program of signage and environmental graphics for the street, including directories, kiosks, banners and street signs. The fold of the logo provides the form for dimensional signage affixed to poles and street lights while other wayfinding is inset in the pavement. 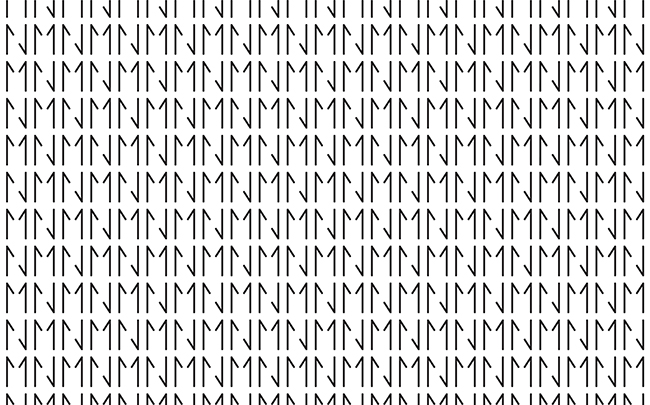 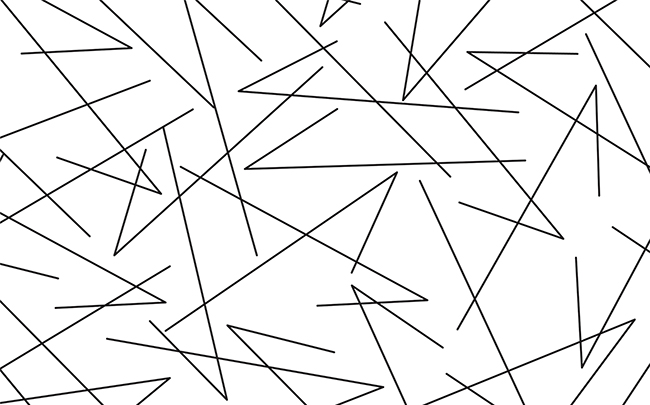 At Pentagram, Paula Scher headed the design team which included Courtney Gooch and Sarah McKeen. They worked closely with renovation architects James Corner Field Operations, as well as the Mpls Downtown Improvement District and the City of Minneapolis. 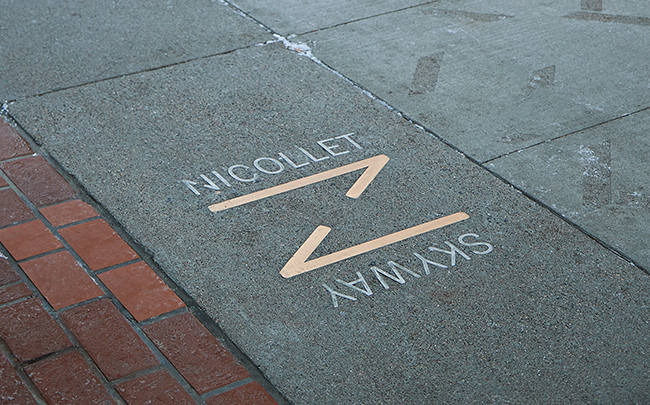 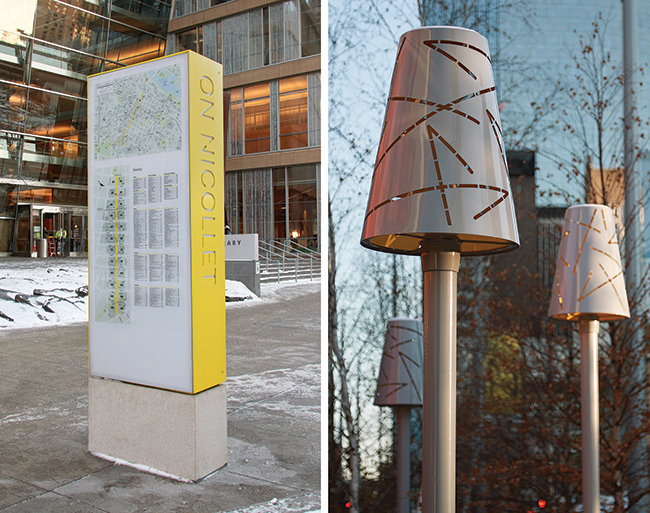