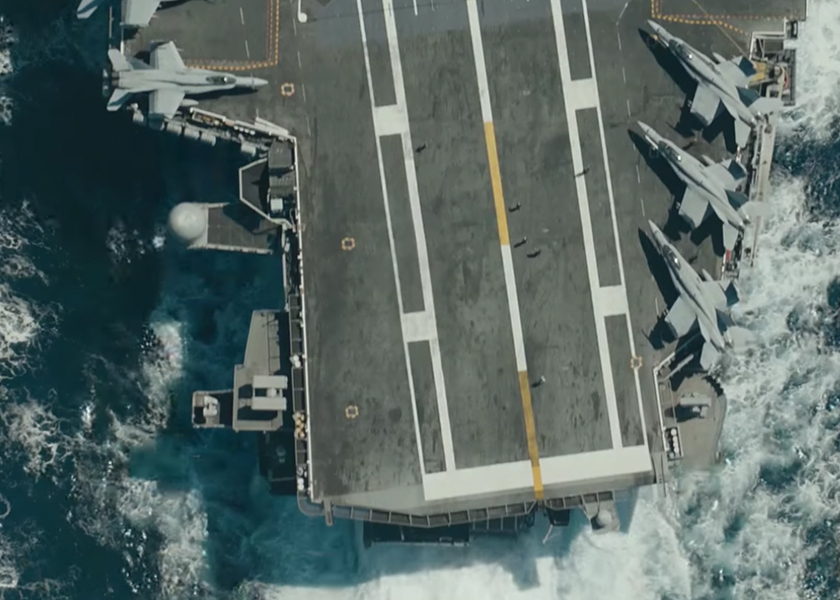 The Army-Navy football game is one of the most storied contests in collegiate athletics. On December 9 in Philadelphia, the U.S. Navy will tell a new story ­as it launches a multifaceted branding campaign targeting the current generation of recruits. The launch will also mark the debut of the Navy’s new tagline, “Forged by the Sea.” Commander, Navy Recruiting Command Rear Adm. Pete Garvin, said the game-day launch represents only the first wave of an integrated marketing campaign that will include a steady level of advertising on digital and social media platforms during the winter, before a full rollout in March. Additional marketing elements will debut throughout the year.

The Navy’s advertising and marketing agency, the Navy Partnership led by Young & Rubicam, began the research phase of the campaign in the summer of 2016. The research helped the Navy gain a deeper understanding of the mindset and career goals of Centennials, their perceptions of the Navy, and what might motivate them to choose the Navy as a career. Most of the creative work was done at Y&R’s Memphis TN offices which are near the Navy’s national recruiting center.

Sea to Stars, the first in a series of commercials featuring the new tagline and branding, will air on CBS during the second quarter of the Army-Navy game, as well as on screens in the stadium. A second commercial will also air in-stadium.  In addition, the launch will include a Forged by the Sea print ad in the official game program, commercials during the radio broadcast, and brand messages on the digital signage throughout the stadium and on billboards, bus wraps, and subway advertising in Philadelphia near the stadium. Navy cheerleaders will carry flags with the new tagline and the Navy Parachute Team, the Leap Frogs, will carry banners as they parachute into the game before kickoff. The Navy’s rebranded virtual reality trucks, the Nimitz and Burke, will be parked near the stadium, offering fans the opportunity to experience a virtual Navy Seal rescue mission. The launch will also feature a wide range of social media initiatives before, during, and after the game, signaling the Navy’s new, strategic emphasis on digital marketing.

“Over the years, we have changed our tagline several times to capture everything our great Navy represents in just a few simple words,” Garvin said. “After much research and creative development, we emerged with a deep understanding of our organization’s purpose and potential — all of which tie back to the sea. For more than 200 years our sailors have been tested and shaped by the sea, becoming better versions of themselves. Our new tagline perfectly captures the transformative impact the Navy and the sea has on our sailors.”