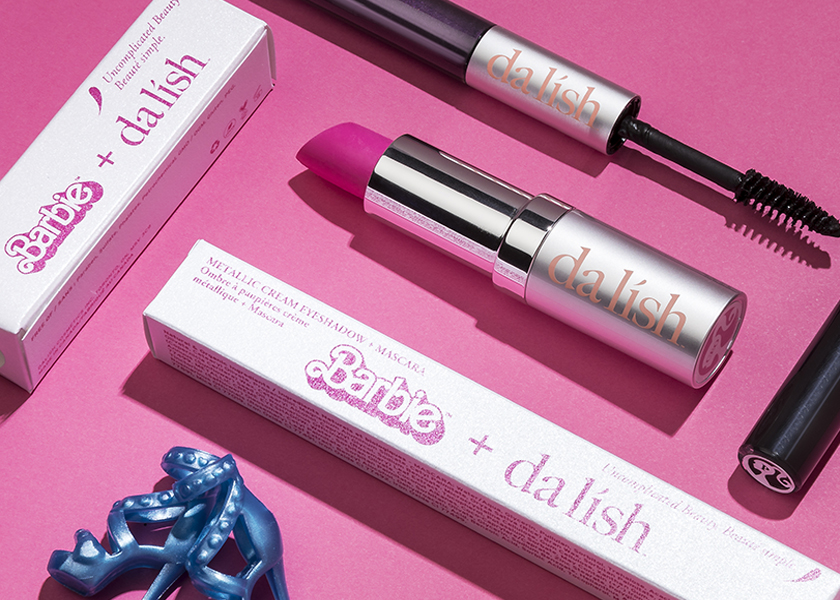 Like so many women, da lish™ cosmetics founder, Melanie Cruickshank, encountered self-confidence and body-confidence pressures in her teen years. Makeup, she says, literally changed her life, both in those early, impressionable years, as well as today.

Cruickshank, who grew up on a fully functioning farm with meals consisting of only what came from their backyard, developed a natural curiosity about the ingredients that were in the makeup she was using. Her discoveries led her back to school to become certified in creating natural and organic product formulations, and this is how da lish was born. 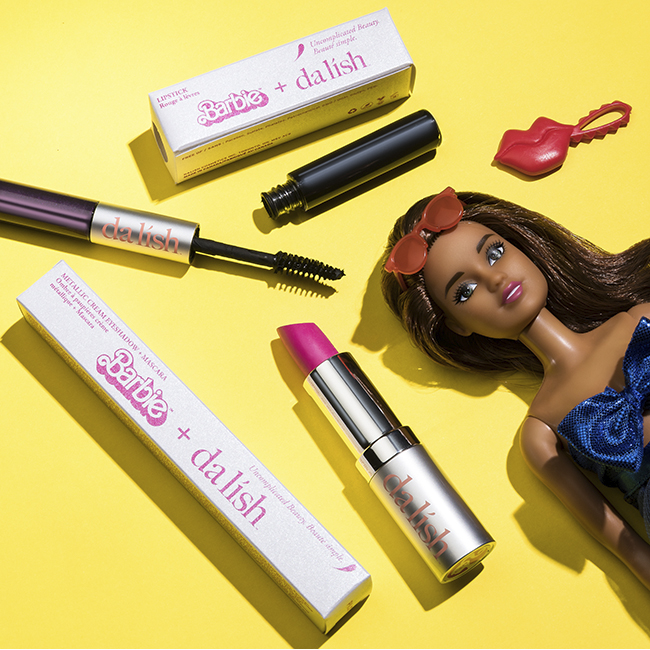 This year da lish had the opportunity to pay homage to a symbol of most every woman’s childhood: In collaboration with Barbie™, da lish released a 3-piece kit to commemorate the 60th anniversary of the introduction of the iconic doll. “Barbie has been inspiring girls since 1959 and today offers the most diverse and inclusive doll line on the market. My mother collected the dolls since before I was born so I’ve been a diehard fan since birth. This was a true passion project for me, and working with the amazing group of women at Barbie has been nothing short of an absolute pleasure,” said Cruickshank. 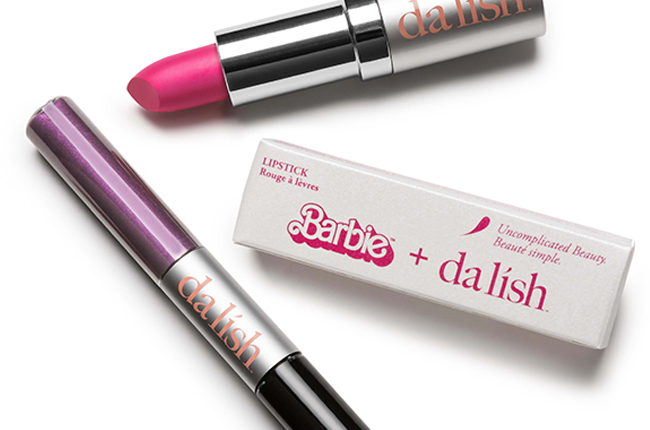 The limited-edition kit contains three products — lipstick, eye shadow, and mascara — all inspired by three of Cruickshank’s favorite dolls. “The Barbie + da lish collaboration is my ode to the 80’s. The rocker-chic glam is not only reminiscent of the time, it’s also currently on trend, with a new generation enjoying the ‘more is more’ look,” said Cruickshank.

Day to Night Barbie™, first launched in 1985 is beyond pink fabulousness and the inspiration for the CEO lipstick. Flight Time Barbie™, which put Barbie in the cockpit in 1989 inspired the kit’s Pilot Black mascara. And Cruickshank took inspiration from the purple metallic belt and purple eye shadow of her favorite 1986 Barbie and the Rockers™ doll for the Rocker metallic cream shadow. She also drew inspiration for the packaging from that favorite doll. 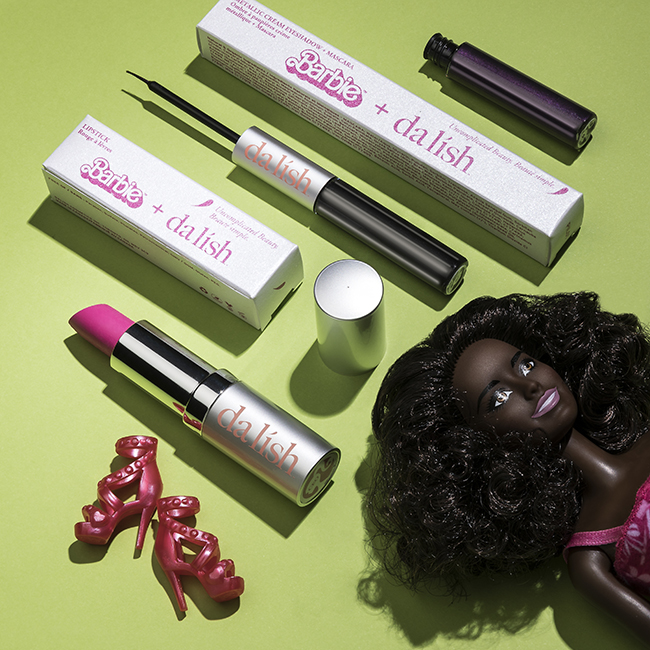 Cruickshank said, “The packaging uses Neenah STARWHITE® Papers, Flash White to mimic the pleather, white pearl mini skirt that Barbie and the Rockers™ wore. My idea for the package was to visually evoke that era. I had permission to use the version of the logo that was used during the time of these dolls’ release. That bright color and that typography combined with the shimmer of the paper instantly bring you back to that time. The package brings the whole story together.”

Inspired by this passion project and Barbie’s continuous evolutions, Cruickshank has plans to take this idea further and release a new fall collection for the holidays. Be on the lookout @dalishcosmetics.